Obama to NYT Reporter: My Administration Hasn't Had the 'Kinds of Scandals' Others Have

At a Sunday press briefing in Lima, Peru, President Barack Obama concluded his response to a question referring to how President-Elect Trump might consider handling his extensive holdings during his presidency by saying that "I am extremely proud of the fact that over eight years we have not had the kinds of scandals that have plagued other administrations."

Naturally, the establishment press, which is defending and covering for him to the bitter end, is barely reporting Obama's answer, which has to be near the top of any legitimate Howler Hall of Fame list. Among those failing to report the answer: Gardiner Harris of the New York Times, the reporter who asked the question.

Here is the full context from the briefing (Warning: extreme untruth alert; bolds are mine throughout this post):

Q: Mr. President, thanks so much for holding this press conference. If you had had hotels, real estate, and other businesses distributed around the world prior to becoming President, would you have thought it appropriate to sell them off and put the cash proceeds in a blind trust? Or is it okay for the President of the United States to be personally vulnerable to the policy decisions of the foreign leaders he meets and in the foreign policy decisions he makes as President? ... 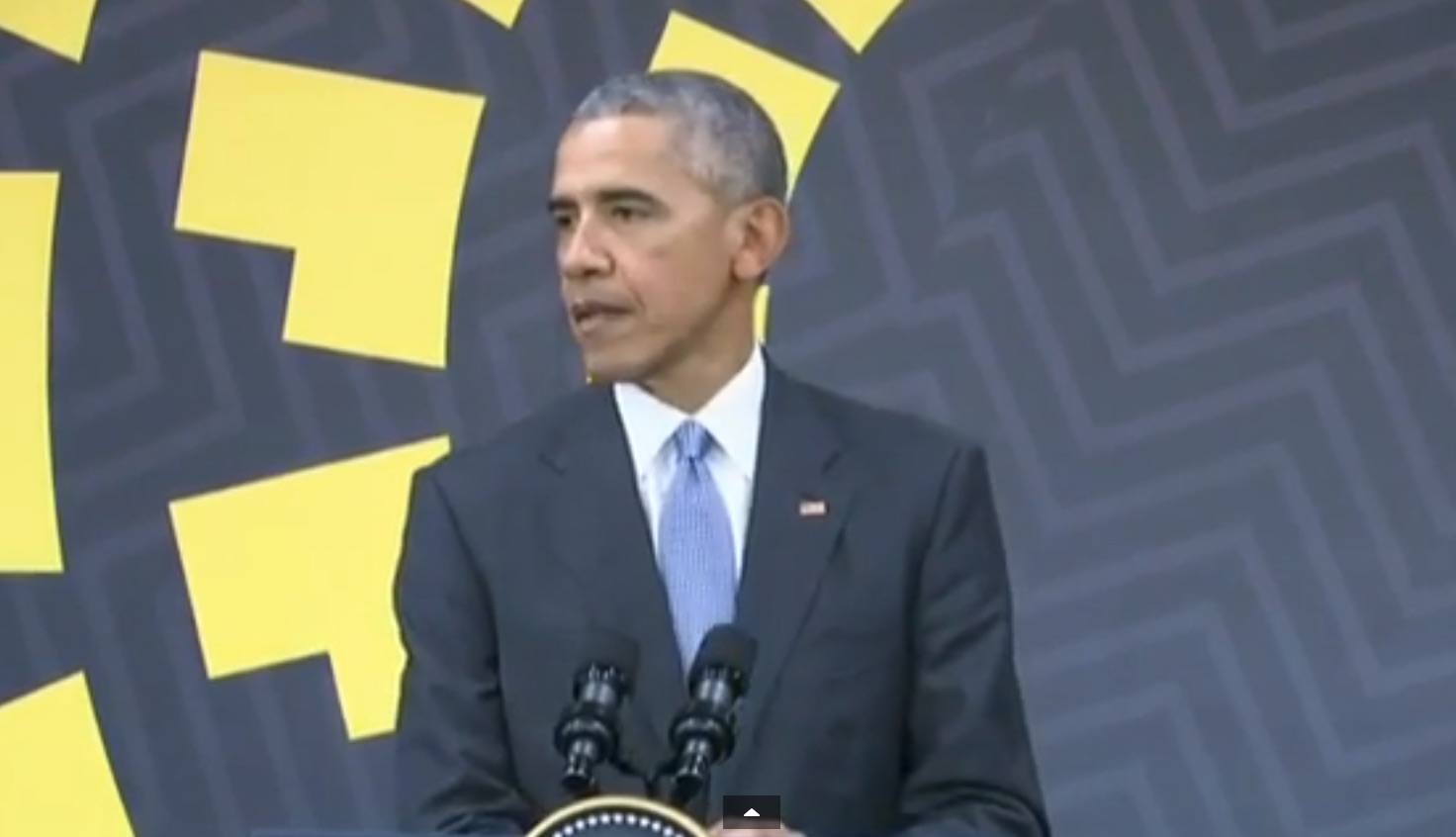 PRESIDENT OBAMA: That was a rhetorical question, that first one. (Laughter.) Rather than comment on hypotheticals, let me say specifically what I did. Obviously, my assets were significantly smaller than some other Presidents or President-elects. But we made a decision to liquidate assets that might raise questions about how it would influence policy.

I basically had our accountant put all our money in Treasury bills -- the yields, by the way, have not been massive over the course of the last eight years -- (laughter) -- just because it simplified my life. I did not have to worry about the complexities of whether a decision that I made might even inadvertently benefit me.

And that's consistent with the broader approach that we've taken throughout my administration, which is to not just meet the letter of the law, but to go well beyond the letter to the spirit of the law -- not just for me, but for the people in the White House and in our leadership positions.

We have established a whole set of rules, norms, playbooks that just keep us far away from the line. Early on in the administration, there would be questions about could a staff person go to this conference, or what should they do about this gift that was provided. And I think it was maybe our first general counsel who was responsible for setting up our guidelines and rules inside the White House that said, if it sounds like it would be fun, then you can't do it. (Laughter.) That's a general test. If it sounds like something you would enjoy or appreciate -- no go.

And as a consequence -- and I'll knock on some wood here, because we got two months left -- I am extremely proud of the fact that over eight years we have not had the kinds of scandals that have plagued other administrations.

Harris's November 21 New York Times report from Lima failed to note what Obama said. But he did spend five paragraphs on the left's latest obsession with "fake news," and relayed Obama's belief, now that the election is over, that in Harris's words, "the problems resulting from alleged Russian hacking (ranked) far below those generate by fake news being circulated on social media."

Note the lack of quotemarks around "fake news." This is a stepping stone towards the Times and the rest of the establishment press arbitrarily deciding what "fake news" is, and unilaterally choosing to ignore and marginalize it, regardless of its genuine underlying truth. Of course, nothing they produce is ever "fake." (That's sarcasm, folks.)

That’s either delusional or very carefully worded: To our knowledge no other administration has used the IRS to punish ordinary citizens for dissent, nor faced FBI findings that the secretary of state treated classified information in an “extremely careless” fashion.

I pick Door Number 1, James — and I should add that significant new developments continue to occur in the IRS scandal, while the media continues to ignore them.

Obama's administration, while having a unique set of unprecedented scandals in scale and scope — VA mismanagement and the Fast & Furious gun-running scandals are two other obvious entries — has had plenty of other scandals involving good old-fashioned financial waste, fraud and abuse among the "1,304 well sourced examples of Obama’s lying, lawbreaking, corruption, cronyism, hypocrisy, waste, etc.," assembled by the intrepid Dan From Squirrel Hill, Pennsylvania.

Readers can either go to the three posts comprising Dan's list (1-500; 501-1,000; 1,000-1,304) or purchase a Kindle book containing the full (to date) compilation. While there can be plenty of debate over how many of the items included therein represent genuine scandals (defined as "a disgraceful or discreditable action, circumstance, etc."), there's no debate about the presence of plenty of major scandals beyond the four Taranto and yours truly identified above.

But I was able to find a Sunday AP item no longer at its own websites but still present at an NPR affiliate. Here are the first and last of the five opening paragraphs appearing there:

President Barack Obama said Sunday he'd avoided ethical scandals throughout his administration by trying to follow the spirit, not just the letter of the law, and suggested President-elect Donald Trump would be wise to follow his example.

Obama said he was proud his administration hadn't faced the scandals he said have "plagued" other administrations. He said after eight years, he felt he could tell Americans he'd lived up to his promise to run an accountable and ethical government.

In yet another Obama-protective act, the AP appears to have decided to keep the howlers in the just-cited paragraphs out of its national sites' final content.

It would have embarrassed both Obama and the AP had they remained. Previous AP reporting has identified at least Hillary Clinton's email and private-server setup, the IRS's targeting of conservative groups, and the VA disaster as "scandals." There's also also the matter of "the Justice Department’s seizure of phone records" from ... (wait for it) ... the Associated Press in 2013, a matter that even PBS considered a "scandal."

Various Google News searches indicate that the vast majority of outlets covering or commenting on Obama's scandal-related comment are center-right outlets and blogs — y'know, the people who supposedly produce "fake news," even as the establishment press so obviously ignores or suppresses real news.