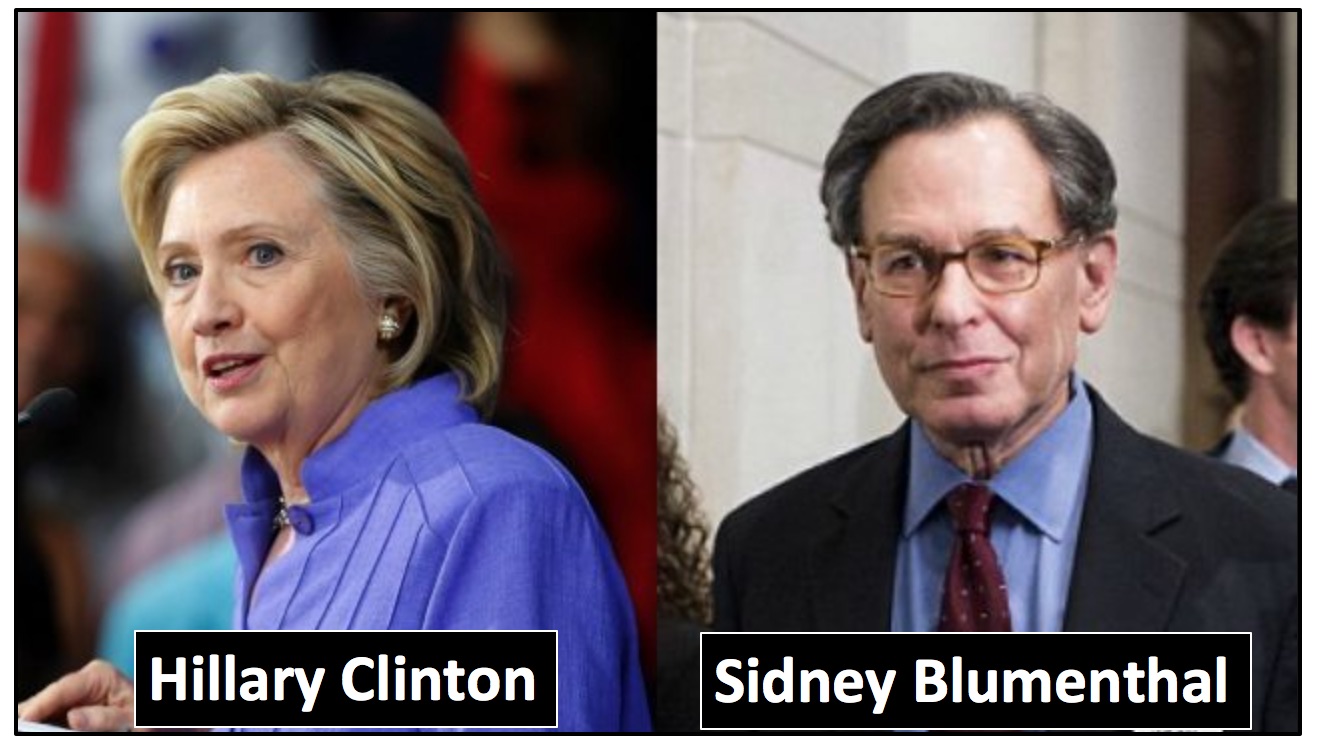 Investigative reporters at the Associated Press have occasionally come up with meaningful nuggets putting Democratic Presidential nominee Hillary Clinton's conduct and record in a bad light. Examples include several scoops in the email/private-server scandal and its research finding that "More than half the people outside the government who met with Hillary Clinton while she was secretary of state gave money" (or had money given by their corporate entities) to the Clinton Foundation.

The same cannot be said about its beat reporters covering the presidential race, who, with most of the rest of the establishment press, completely deserve the sharp criticism contained in a Monday Investors Business Daily editorial. IBD observed that "the ferocity of the media campaign against (Donald Trump)" while giving Mrs. Clinton serial passes "should give everyone pause." In a Sunday afternoon story, the AP's Laurie Kellman offered up a perfect example.

Even after proof cascaded forth that Hillary Clinton's campaign, certainly with her knowledge if not her direction, started the Barack Obama "birther" rumors during the 2008 presidential primaries, putting Team Clinton squarely on the defensive, Kellman's headline read, "Trump supporters struggle to sideline 'birther' issue."

Before getting to the "birther" matter, readers really need to see an example of the ferocity IBD cited:

... The episode reflects Trump's penchant for spreading unsubstantiated claims when he stands to gain from them and his refusal to apologize or take responsibility when he's been wrong. That operating style did not stop the billionaire developer from vanquishing 16 Republican challengers and capturing the GOP nomination. But in a one-on-one battle with Clinton, it can add up to a character questions (sic) with three debates and mere weeks to go before the Nov. 8 elections.

Kellman's attack on Trump's "character" is particularly rich, given Hillary Clinton's criminal behavior in connection with her private server and mishandling of classified information (she committed crimes, making her a criminal; the FBI's and Department of Justice's failure to do their jobs and prosecute her does not change that), and her well-documented history of proving New York Times columnist William Safire, who called Mrs. Clinton a "congenital liar" 20 years ago, absolutely right. Mrs. Clinton has seldom if ever taken genuine responsibility for her myriad misdeeds over the years.

As to the "birther controversy," Kellman dismissed the idea that it started with the 2008 Clinton campaign by omitting several known news items which were up to 2-1/2 days old by the time her dispatch went up.

Here's her take, referring to this past Sunday's talk shows:

Clinton's campaign on Sunday largely let Trump's stands-ins on TV splash around in the morass of "birtherism" while it grappled with her critical challenge: winning young voters who don't trust her and whose support has waned in recent weeks.

... But Trump's high-profile supporters weren't focused on issues. One by one, they argued Trump didn't start the birther fable, that he's the victim of a biased media and that people don't care about the birther issue, anyway.

New Jersey Gov. Chris Christie, who's heading up Trump's transition team and has long said Obama was born in the U.S., insisted on CNN that "the birther issue is a done issue."

He blamed a Clinton aide for saying that Clinton herself pushed questions about Obama's birthplace during the 2008 Democratic presidential primary. But that aide, Clinton's 2008 campaign manager Patti Solis Doyle, told CNN that a volunteer county coordinator in Iowa forwarded an email that promoted the debunked theory. She said she apologized to Obama's campaign chief, made clear "this is not coming from us" and Clinton dismissed the coordinator when she learned about the matter.

Kellman knows full well that Team Clinton was largely absent from the Sunday shows because its apparatchiks would have been challenged with the no-win "Who really started it?" question. Why? Because, to paraphrase her characterization of Trump, the Clinton team has a penchant, as seen in 2008, for spreading unsubstantiated claims when they stand to gain from them and refuse to apologize or take responsibility when they have been wrong.

She also ignored McClatchy's Saturday article, which shared Asher's follow-up email that Sid Blumenthal met with him, and that he had the news service take action as a result of that meeting:

Mr. Blumenthal and I met together in my office and he strongly urged me to investigate the exact place of President Obama’s birth, which he suggested was in Kenya. We assigned a reporter to go to Kenya, and that reporter determined that the allegation was false.

Not that it would be a valid defense even if true, but even the "it's his word against Sid's" argument doesn't wash.

That's because Larry Johnson, who runs the No Quarter USA blog, which was a heavily visited pro-Hillary site in 2008 but is anything but that now, reminded everyone Friday about some inconvenient 2008 Democratic primary truths:

I am shocked at the audacity of Hillary Clinton to decry Donald Trump as a birther because her campaign not only pushed that item in a bid to discredit Barack Obama, but mounted a sustained campaign attack Obama on a broad array of issues. How do I know? I was part of that effort and was in regular email and phone coordination with Sidney Blumenthal. Sidney was the conduit who fed damaging material to me that I subsequently posted on my blog.

... Here is simple summary of material (in writing or through a verbal briefing) that I received from Sid?

... Listening to Hillary Clinton cry crocodile tears over Trump’s questioning Obama’s birth place and eligibility to be President in 2011 as a “racist” attack is the ultimate example that Hillary is cynical and dishonest. Yes, it is true that the words, “Obama is a muslim” or “Obama is not a natural born American” never passed her lips. But it is also true that that people very close to her, such as Sidney Blumenthal, were pushing those stories and trying desperately to promote those memes.

Hillary knew about all of these lines of attack on Obama. In fact I was told by Sid on one occasion in the summer of 2008 that the Big Dog (Bill of course) was very pleased with the pieces going up at NoQuarterUSA and thought they were helping Hillary.

It turns out that Johnson only did a few posts on Item 5, the not a natural born citizen claim, while publishing dozens of others on the remaining matters. But that isn't important in the current context. What is important is that he's at least the second person who was asked to look into the "birther" issue by Sid Blumenthal — and the AP and the rest of the establishment press still won't recognize Blumenthal's, and therefore Hillary Clinton's, deep involvement in a multi-pronged smear campaign against Barack Obama.

Johnson, in a Monday follow-up post which appeared a day after Kellman's calamity at the AP, summarized matters succinctly:

... Did the Clinton campaign create and shop the Birther meme? I don’t know. Did they encourage surrogates to use it? Yes. Was it a primary focus or emphasis for them? No.

Whether it was a "primary focus" or not, it's quite obvious that active promotion of the "birther" controversy, to the point of leaning on the media to investigate it, started with Team Clinton years before Donald Trump raised his voice about it. Nothing — not even nonstop across the board denials in the establishment press — will ever change that. Additionally, thanks to New Media, they won't be able to erase the documented history.

As to Kellman's belief that the "birther" issue will be a "character question" that might come up in the presidential debates and supposedly hurt Trump: Team Trump can only hope that Team Clinton tries it.