Many leftists thought that they would attract huge, unprecedented crowds of protesters and cause a great deal of mayhem at the Republican National Convention in Cleveland this week.

Tuesday evening at USNews.com, Steven Nelson, appearing to assume facts which have thus far not been supported by evidence, wrote that the protest crowds (and arrests) have been light "despite the nomination of Donald Trump eliciting a rage from progressives that rivals or exceeds their hatred of former President George W. Bush." Hmm, Steven. Maybe your premise is wrong. One of the protesters' excuses, at first glance, seems like a real howler — but if it's somehow actually correct, it's an argument to keep Ohio's gun laws exactly as they are, and to ensure that all other states follow suit.

Four things might be at work with what Nelson's subheadline describes as the "Low turnout and very few arrests ... surprise."

Here are the first three:

While exposing how pathetic the protest crowds were in the opening days, Nelson at USNews.com exposed a fourth argument the protesters seem to have dreamed up out of the blue in desperation (bolds are mine):

... “Look, I’ll say this: It’s not a good thing people aren’t here in a bigger force when an openly fascistic candidate is being nominated,” says Noche Diaz, who served as spokesman for the day’s highest profile march, which promoted revolutionary communism and the jailing of “killer cops.” 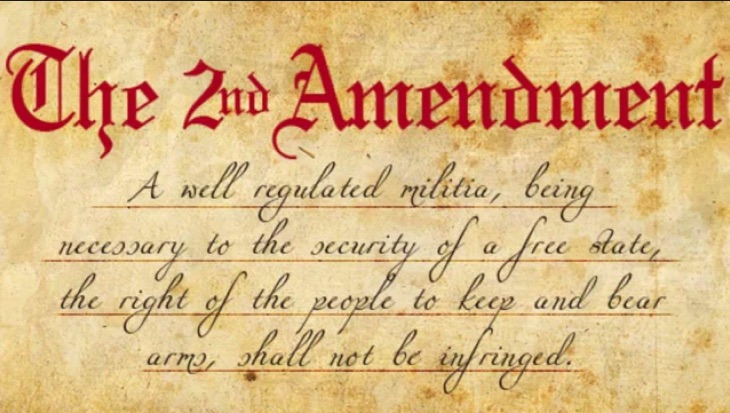 “Why? I don’t know all the reasons, you’ll have to ask them,” Diaz said after the hourlong march by about two dozen protesters, a greater number of reporters and likely even more law enforcement officers, who rode bicycles alongside and behind the group.

“Slavery, genocide and war, America was never great!” the group chanted as they walked past Republican convention-goers, one of whom shouted that they should consider moving to another country.

... (Leading Code Pink member Alli) McCracken says she’s not sure why relatively few people showed up to protest in Cleveland, but she believes many were scared off by Ohio’s open carry laws, which allow people to carry firearms -- despite the ban on tennis balls and aluminum cans -- near the convention.

Larry Bresler, the executive director of Organize Ohio, which hosted one of two major progressive marches on Monday, says he’s disappointed by the showing so far, though he doubts it has any broad meaning for U.S. politics.

“With all events there have been fewer protesters than were anticipated -- even ours was lower than we anticipated,” he says, estimating turnout at 2,500 for the anti-poverty march. “I’m absolutely, positively convinced the reason for that is the fear factor.”

The organizer, one of the city’s most prominent, says “people contacted me saying, ‘boy I would like to attend but I’ve been hearing about all this violence and people bringing guns… and the huge number of police.' People just did not feeling comfortable coming.”

The Code Pink cop-out (pun intended, as readers will see) is especially rich, because in the past it has relied on the very people they despise to protect them when things get heated.

One such cry for help occurred in 2008. It involved Code Pink founder Medea Benjamin, who as I noted at the end of that year, tried and failed for almost six years, despite significant media enabling, to prevent U.S. troops from achieving victory in Iraq and failed. President Obama has reversed the victory during his tenure, but that doesn't change the fact that victory was achieved.

Benjamin, when in perceived danger, issued a plea for help from nearby Marines as her group was protesting at — you guessed it — a Marine recruiting center she wanted removed:

When in danger, call for the US Marines. That’s what Code Pink’s Medea Benjamin did

Code Pink co-founder Medea Benjamin, who can turn the air blue when shouting chants against American Marines called out for the Marines in front of Marine Recruiting offices in Berkeley yesterday.

(Young Marince) Eamon Kelley ... could hardly believe his own ears when Benjamin called on the Marines for help.

... “While we were at the protest in Berkeley from 12 to 4 p.m., a white Volvo drove by and a man spat upon CodePink,” Kelley wrote in an email to MAF’s Melanie Morgan. “They chased him down the street and got into a verbal altercation. The police were NOWHERE in sight.

“That’s not the best part, ready for this?

“Medea Benjamin yelled and I quote “Marines!” She actually yelled for our help because this man had stepped out of his car. I even asked her if she was yelling Police and she told me, “I said Marines” then put her arm around my friend Allen (the Marine Vet). Ironic?”

Getting back to the main point: Of course the convention isn't over yet, so matters on the streets could still go the wrong way. But if the mere fact that a potential protest site is in a state where open carry is legal is enough to keep a large number of leftist protesters who apparently think that guns are icky and automatically dangerous away, every state should consider enacting such legislation immediately.

The irony here is especially deep, because Cleveland's police union chief earlier this week begged Buckeye State Governor John Kasich to suspend open carry in Ohio during convention week. Kasich has no power to do that, but union head Stephen Loomis didn't care. He wanted open carry suspended "if it's constitutional or not."

Gosh, Mr. Loomis, what if it works out that open carry actually helped your members keep the peace this week?