Another major employer has decided to join the long list of companies moving jobs from California to more business-friendly states.

This time, it's $12 billion titan Jacobs Engineering, which is moving its "corporate operations," almost definitely meaning its headquarters, from Pasadena to Dallas, Texas. Press reaction, especially outside of business-oriented outlets, has ranged from nonexistent to muted to, in the case of the Los Angeles Times, a bit snarky.

One key point here is that the move appears to have taken California's governments completely by surprise, given that a number of corporate administrative employees are already working in Dallas. This would indicate that communicating with their key corporate citizens is likely not very high on California officials' priority lists, up to and including Governor Jerry Brown.

The first report about the move appeared in the Dallas Morning News on May 31 (bolds are mine throughout this post): 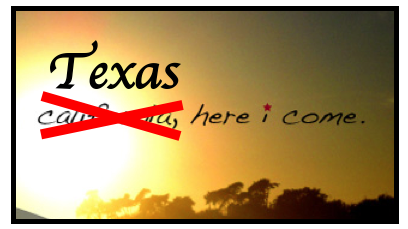 A top engineering and design firm with more than 230 offices around the globe plans to move its headquarters to Dallas.

California-based Jacobs Engineering Group already has more than 300 people working in the Harwood Center office tower in downtown Dallas. The 69-year-old company could bring almost 100 top officers and support staff to Dallas if it goes ahead with the main office move, say real estate brokers tracking the deal.

“Jacobs Engineering Group Inc. confirms it is considering plans to move a portion of its corporate functions from its Pasadena, Calif. location to Dallas later this year, pending a successful real estate process and final approvals for state and local economic development investments,” Jacobs vice president Mendi Head said in an email. “We hope to make an official announcement later this summer.”

Pasadena Business Now appears to have been the first California outlet to relay the news later that day:

... One of Pasadena’s landmark companies is planning to move a portion of its corporate functions from Pasadena to the Lone Star State, Pasadena Now has learned.

... Jacobs Engineering Group Inc. confirms it is considering plans to move a portion of its corporate functions from its Pasadena, California, location to Dallas later this year, pending a successful real estate process and final approvals for state and local economic development investments, Jacobs Engineering Vice President Mendi Head said in an email to Pasadena Now.

The only defense the press has in giving this story short shrift is that the number of jobs involved didn't initially appear to be large. That may have changed, as seen below, but even if it ends up being only 100, that number doesn't genuinely excuse the lack of coverage, for at least two reasons.

The first is that the jobs involved pay well. Year-old information found at PayScale.com indicates that jobs at the firm involving heavy use of non-engineering programs like those found in Microsoft Office pay $75,000 or more per year. Top-level executive management employees included in that group of 100 certainly get paid far more. California will miss the jobs lost, and the state and local governments will certainly miss the taxes the company's well-paid employees have been but will no longer be paying.

The second factor here is that the headquarters operation at a company like Jacobs likely does a great deal of business with outside vendors, perhaps including payroll and benefits processors, annual report printers, event planners, and the like. As an example, whoever Jacobs might use for payroll processing, assuming they outsource that function, as most very large companies do, will at the very least have to relocate or find new key relationship managers at their Dallas-area office to appropriately serve their client, leading to more California job losses.

Jacobs' move appears not to have gotten coverage at the San Francisco Chronicle or even at the much closer to Pasadena San Diego Union Tribune.

It took the Los Angeles Times six days to get around to covering the story on June 6. What apparently generated the interest is the possiblity that the tight-lipped company may be moving even more employees. To her credit, reporter Natalie Kitroeff at least got a quote from someone who is concerned about the implications of the move, and noted that Jacobs' move is indeed part of a trend. To her detriment, she couldn't resist directing a pathetically selective closing dig at Texas:

Jacobs Engineering plans to move jobs from Pasadena to Texas

Jacobs Engineering Group, one of the world’s largest engineering companies, is preparing to move employees from its Pasadena headquarters to Dallas, becoming the latest major corporation to relocate significant operations from California to Texas.

The Fortune 500 firm, founded in Pasadena more than half a century ago, already has 300 employees in downtown Dallas and is weighing a more significant relocation. Mendi Head, a spokeswoman for the firm, confirmed the plans in an interview Monday.

... “It should concern everyone in the community. The kind of jobs Jacobs Engineering provides, especially at the corporate level, are exactly the type of jobs we want in our community,” said Gary Toebbin, president of the Los Angeles Area Chamber of Commerce. Professional services have been a bright spot for California, generating outsize job growth in recent years.

... The engineering giant isn’t alone. Jamba Juice said last month that it would move operations from Emeryville, Calif., to Frisco, Texas, and in 2014, Toyota announced a relocation of its headquarters from Torrance to Plano, Texas.

Jacobs did not say why it is eyeing Texas, or how many employees would leave. Toyota and Jamba Juice both cited the expense of California real estate as a motivation. Texas has no personal income tax as well.

... “No doubt there is a trend. Texas has been the number one destination every year for the last eight years for California companies,” said Joe Vranich, the owner of Spectrum Location Solutions, a consultant for companies considering cross-state moves.

Okay, Natalie, if you're going to play the "Nyah, Nyah" jobs game, at least do an apples-to-apples comparison and get your time period in sync with that seen in the rest of your coverage.

California has done better than Texas during the past 12 months, but not over twice as well, as Kitroeff misleads readers to believe. On a workforce-adjusted basis, Calfornia's seasonally adjusted payroll job growth in the past 12 reported months has been 2.8 percent, while Texas's has been 1.6 percent. That's still a pretty substantial difference, but we have to remember that when oil prices began to dive, many predicted that the Lone Star State would descend into a recession. Considering how bad things have gotten in the oil patch since the end of 2014, Texas's performance has really been quite impressive.

More to the point, as seen here, from December 2007, the beginning of the eight-year stretch Joe Vranich cited in discussing businesses leaving the (cough, cough) Golden State, through April of this year, payroll employment in Texas grew by 1.441 million, or 13.7 percent of the beginning workforce. California's 909,000 such jobs added in that same time period represents growth of just 5.9 percent, or far less than half of Texas's growth.

Oh, and Texas's official unemployment rate in April was 4.4 percent, indicating (setting aside the labor-force participation problems which have been discussed at length elsehwere) that the state is successfully absorbing the people and companies who are moving there. California's unemployment rate was 5.3 percent, above April's 5.0 percent national rate.

The big-picture truth is that California, though it has had a strong past 12 months, is still trying to recover its footing after the most recent recession, while Texas, after emerging from the recession relatively unscathed, has continued to consistently grow its workforce despite significant headwinds. It also continues to attract businesses like Jacobs Engineering from far less business-friendly states — particularly California.