Those poor, naive folks who have been expecting a mea culpa from Katie Couric for the deceptive insertion into her Under the Gun documentary of a long silence following a question directed at Virginia gun-rights supporters will be disappointed at what has transpired since the controversy arose.

As of Thursday afternoon, no one was genuinely apologizing for anything. Stephanie Soechtig, the film’s producer, employed a tired "I apologize if anyone was offended, but I didn't mean any harm" excuse — garbage which the Washington Post's Erik Wemple, as Tim Graham at NewsBusters noted, should cause anyone using it to lose "their standing as professionals." For her part, Couric issued a statement saying “I support Stephanie’s statement and am very proud of the film.” Early Thursday evening, however, Couric appeared to move into damage-control mode, but in a way that should forever earn her the nickname "Katie Coward."

Instead of speaking to a reporter on the record, Couric appears to have decided to have an unidentified "individual with knowledge of her thinking," i.e., a designated flunky, speak for her at TheWrap.

Bravely assuming that this person really had Couric's permission to talk and isn't just a "friend" or acquaintance trying to do her an unauthorized "favor," there's still nothing resembling an adult apology (bolds are mine):

“This was an unnecessary mistake,” an individual with knowledge of Couric’s thinking told TheWrap 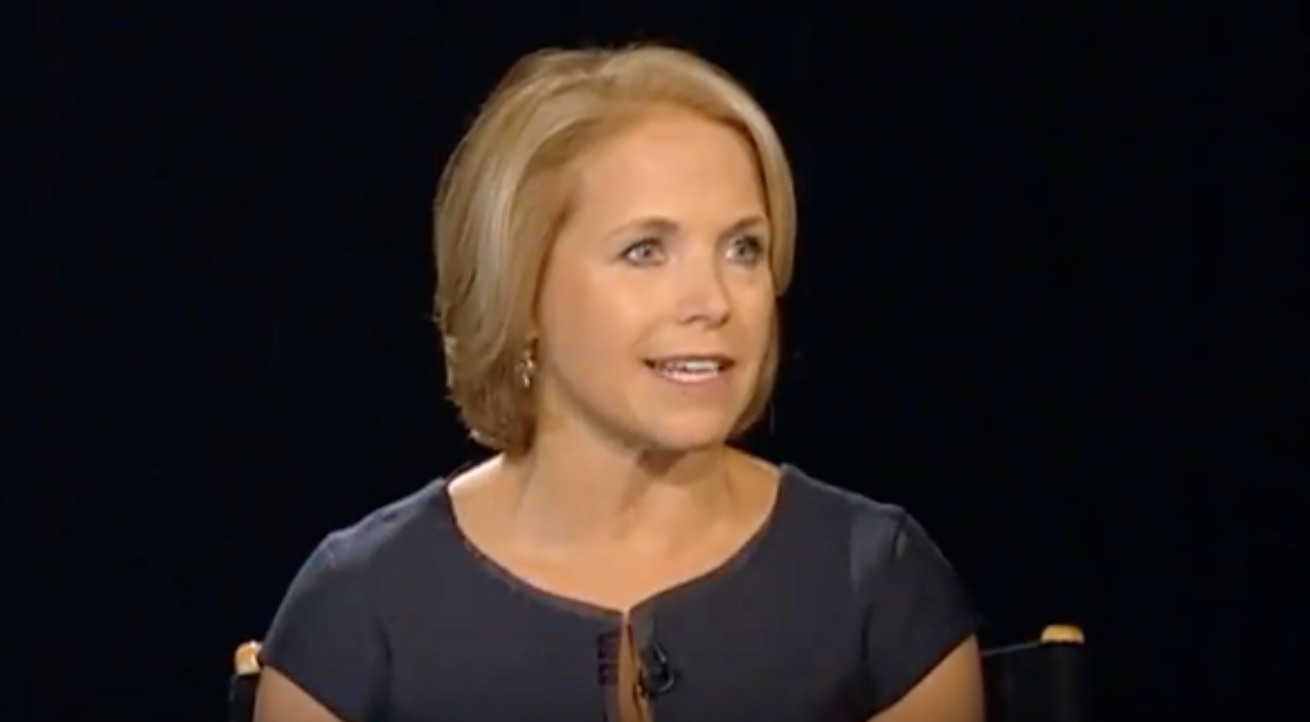 Katie Couric is upset that an eight-second pause inserted into an interview she did with gun rights activists in the documentary “Under the Gun” has drawn criticism, calling the edit an “unnecessary mistake,” according to an individual with knowledge of her thinking.

The individual spoke to TheWrap and said that director Stephanie Soechtig inserted the pause, which critics are calling an example of “deceptive” and “appalling journalism.”

“This was an unnecessary mistake,” the individual told TheWrap. “It did not represent editing someone’s sentences, there was no factual error, this is not a mistake that is a substantive mistake. It could have been avoided,” he said, adding: “This was a poor decision that was made and it involves silence."

Soechtig also spoke to TheWrap and stood by the editing choice.

The heck you didn't, Susan. The insertion of silence was a substantive, deliberate attempt to make gun-rights supporters look foolish. No reasonable person can possibly believe otherwise.

Soechtig got caught. Couric, who one would hope had enough involvement in the project to view and approve the film before its release, either also got caught, or was incredibly negligent. The flunky's reference to how, in TheWrap's words, "director Stephanie Soechtig inserted the pause" appears to be an irresponsible — and again cowardly — attempt to create distance between Couric and Soechtig.

It's still true that no one has genuinely apologized for anything — and Katie Coward won't even get in front of a microphone to defend herself.

Assuming that this flunky has her authorization, she's clearly hoping that expressing vague "regret" through an intermediary — Note that "regret" is TheWrap's word and not hers — will suffice to prevent more serious blowback — and more importantly, head off the need to do what any normal person would know is the right thing, i.e., repair the film's deceptive content.