Whenever a government or leader follows the left's playbook and the results "uexpectedly" don't turn out to be anywhere near what was desired, it isn't the policies' or the leader's fault. No-no-no. During the Mayor David Dinkins era in New York City, it was because Gotham had become ungovernable by any human being – until Rudy Giuliani took over. During the Carter Era, the conventional wisdom was that America had become too unwieldy and ungovernable — until Ronald Reagan righted the ship. We're now hearing a similar refrain about the U.S. economy after seven-plus years of Keynesian economic policies, except that, as we'll eventually see, it involves recycling. On Friday, Jacob Davidson at Time.com engaged in a lengthy excuse-making exercise (HT Hot Air Headlines; bolds and numbered tags are mine):

This Theory Explains Why the U.S. Economy Might Never Get Better
Why hasn't America's economy recovered more robustly? Economists have an unsettling answer 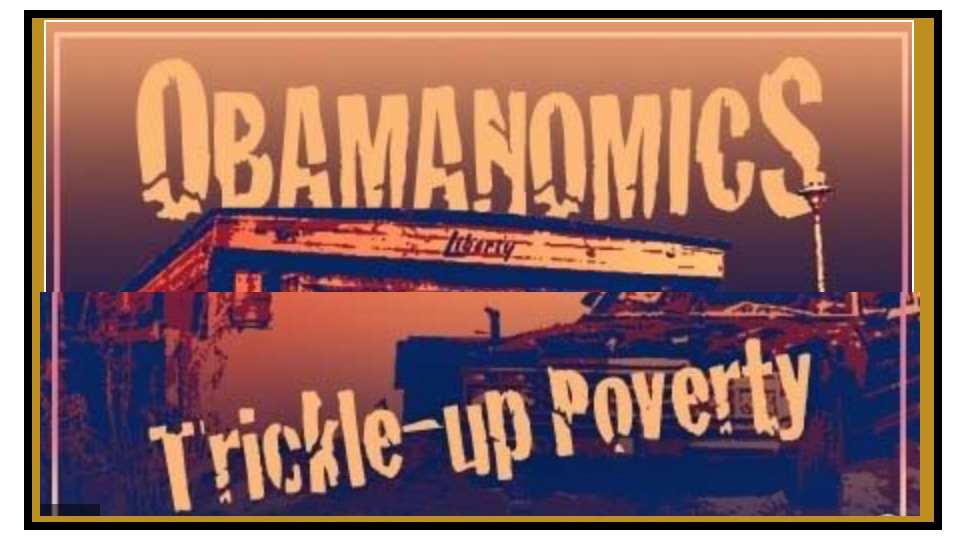 In the wake of the 2008 financial crisis, conventional wisdom among economists, business leaders, and policy makers was fairly straightforward: Once the banks were bailed out [1], the stimulus spent [2], and businesses had a few years to recover [3], the U.S. economy would return to its usual healthy growth. Time, in other words, would heal the wounds of the subprime collapse and subsequent turbulence. But if any recovery has turned conventional wisdom on its head, it’s this one.

Over the last eight years, America’s economic prospects have lagged even the most pessimistic early predictions. [4] In 2011, the Federal Reserve predicted that U.S. real GDP would, at worst, grow by 3.5% in 2013 and that the economy would expand between 2.5% and 2.8% annually in the long run. In every year since, the Fed has revised its predictions downward. (The most recent estimate predicts 2.2% annual growth in 2016, and 2% growth in the long run—a rate more than one-third lower than the post-war average.) Even employment, a source of uplifting headlines in recent weeks, is deceptively weak. The unemployment rate—which ignores those who gave up looking for a job—has hit new lows, but the percentage of Americans (between ages 25 and 54) who are actually working is over three points lower than its pre-crisis peak. [5]

These confounding circumstances have led many economists to rally behind the concept of so-called “secular stagnation.” As a diagnosis, secular stagnation is simple: It’s the idea that the economic problems the U.S. continues to face aren’t a product of the “business cycle,” the ebb and flow of boom times and recession (hence the “secular” part), but may well be permanent drags on the modern economy. “It’s a kind of long term and sustained slow-down in economic growth,” says Larry Summers, who served as Bill Clinton’s treasury secretary and is widely credited with dusting off the concept of secular stagnation and bringing it into the mainstream.

Before we tell you where Larry Summers went for "dusting off the concept," let's nuke the excuses:

[1] — The banks were bailed out, but "Too Big to Fail" hasn't gone away. Instead, the financial industry is far more concentrated now than it was 8 years ago. They're far more regulated, thanks to Dodd-Frank, and far more subject to whimsical intimidation, thanks to Elizabeth Warren's and Dick Cordray's unaccountable Consumer Financial Protection Bureau. We're at the point where the banks and brokers are in many ways de facto arms of U.S. government policy. Anyone who doubts this either has forgotten about or never heard of Operation Choke Point.

[2] — The problem is that "the stimulus" was largely wasted on wasteful projects, "temporarily" expanded transfer payments, and crony favoritism. Two years ago, the Wall Street Journal correctly asserted that, even without those problems, "The failure of the stimulus was a failure of the neo-Keynesian belief that economies can be jolted into action by a wave of government spending." The stimulus was also used as a means of permanently ramping up government spending to unsustainable yet still, with divided government, untouchable levels. The national debt has grown from $10.6 trillion to $19.2 trillion in just seven years. The federal government, incurred $5 trillion in budget deficits during Obama's first term. The business press acts as if we're supposed to be relieved that those deficits have "only" totaled $900 billion during the past two fiscal years. They're heading back up. How can an economy not be negatively impacted by such profligacy?

[3] — Many businesses weren't "allowed to recover." They were attacked by the alphabet soup of regulatory agencies whose budgets mushroomed during the early Obama years, chief among them the Environmental Protection Agency.

[4] — Nice try, Mr. Davidson. The recession officially ended in June 2009, a little less than seven years ago. Your narrative is all about the economic policies during the Obama period, and you should at least have the integrity to admit that.

[5] — As I noted today in an earlier NewsBusters post, about a quarter (0.7 points) of that 3-point drop can be traced to raises in the minimum wage which began taking effect in late-2007. The left is destructively inflicting more of the same in key states like California and New York. Some of the rest of the decline can be attributed to Baby Boomer retirements, but not nearly as much as is believed, since the lousy economy and sub-1 percent interest rates on conservative investments are keeping many of them in the workforce far longer than they hoped. Workforce participation among younger people remains at record lows. Other factors include: Extended unemployment benefits caused all too many people to lose some of the job skills that had earned them decent money; virtually open-ended eligibility for food stamps, which still go out to over 45 million people every month, tens of millions more than before the recession hit; and alltime high college attendance fed by record levels of student loans.

Let's look at the "permanent drags" Jacobson identified. All of them can be traced at least partially to the failed economic policies of the Obama era:

With the possible exception of population growth, these factors aren't permanent drags at all. Instead, they are the results of Keynesian economic policies which assume that households, businesses and governments can spend their way into prosperity without adequate investments, accompanied by high levels of politicial corruption.

Now readers can learn where Larry Summers "dusted off" the idea of "secular stagnation":

The phrase was originally coined in a 1938 address by economist Alvin Hansen to the American Economic Association. Grappling with the sluggish recovery that followed the Great Depression, Hansen predicted that slower population growth and a lower speed of technological progress would combine to thwart full employment, wage increases, and general economic expansion. In both cases, Hansen’s reasoning was the same: without new people entering the work force and new inventions coming onto the market, there would be less investment in new goods, employees and services. Without investment, fewer businesses would open or expand, growth would slow, and more workers would be unable to find jobs.

That's right. The "secular stagnation" excuse was trotted out after five years of New Deal failure under Democrat and dedicated Keynesian Franklin Delano Roosevelt. By 1939, FDR's Secretary of the Treasury, Henry Morgenthau, Jr., was so despondent that he told the House Ways and Means Committee:

Everything old is new again — including the tired old excuses for leftists' failures.

Expect to hear more about "secular stagnation" during the final ten months of the Obama administration. Heaven help us if we have to endure any more talk of it beyond then.