Not News: Economy's Wholesale Sales at a Four-Year Low

Actual sales at the wholesale level in January, as reported today by the Census Bureau, fell sharply from December. That's to be expected. But this time was different — really different, because the drop was to a level lower than January 2012, i.e., four years ago.

Four press outlets which covered today's release either missed (or ignored) this shocking news. They only told readers about what happened with the seasonally adjusted data — which, while still pretty dismal, didn't look quite as awful.

Additionally, as seen here, thanks to the sales decreases just noted and increases in inventories (+1.2 percent raw, +0.3 percent seasonally adjusted), the inventory-to-sales ratio hit 1.51 in raw terms and 1.35 after adjustments. Both values are the highest seen since early 2009, in the midst of the recession. Unless there's a near-miraculous improvement in retail sales which filters back to the wholesale level, this means that wholesalers are sitting on a lot of goods they're going to need to get rid of quickly — and likely at a discount — to get them out the door.

Now let's look at how the business press failed to communicate the severity of the bad news.

As usual, the Associated Press was the worst. The AP's headline and reporter Martin Crutsinger's opening sentence made it appear as if the inventory pickup was a good thing, even though sales declined. Crutsinger's second of only four paragraphs almost seemed to celebrate the inordinately high stockpiles (bolds are mine throughout this post):

US WHOLESALE STOCKPILES UP IN JANUARY, BUT SALES FELL 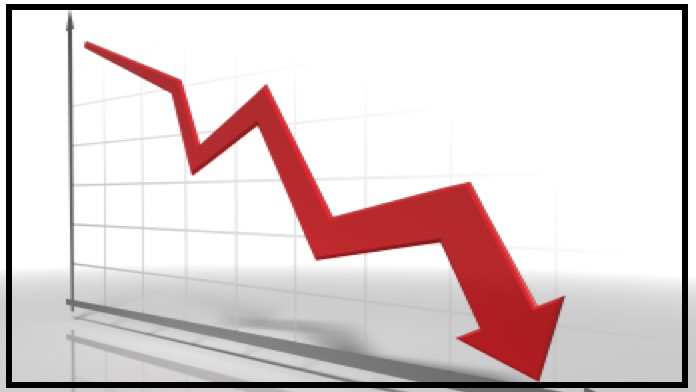 U.S. wholesale businesses increased their stockpiles by the largest amount in five months, but their sales fell for the sixth time in the past seven months.

Crutsinger repeated the tired "spreading weakness overseas and a rising value of the dollar" excuses he and AP have been using for several months in his final paragraph.

Bloomberg News buried its only mention of the wholesale news in the eleventh paragraph of a report celebrating the bull market's seventh anniversary:

A report today showed wholesale inventories in January unexpectedly rose as sales showed a surprise decline. That pushed the inventory-to-sales ratio to 1.35 months, the highest since the depths of the last recession. The figures suggest tepid demand is making it difficult for businesses to draw down inventories.

To her credit, though she also failed to cite the ugly raw data, Lucia Mutikani at Reuters recognized one of the implications of the dangerously high inventory levels, and even dared to quote someone who used the R-word. She then seemed to backtrack, but unconvincingly:

U.S. wholesale inventories unexpectedly rose in January as sales tumbled, suggesting that efforts by businesses to reduce an inventory overhang could persist well into 2016 and restrain economic growth in the coming quarters.

... "Plenty of inventory pain remains in the pipeline. Wholesale inventory growth has beaten sales growth since mid-2014 to leave a steep inventory-to-sales ratio spike that is usually only seen in recessions," said Michael Englund, chief economist at Action Economics in Boulder, Colorado.

... But economists were little concerned that the high inventory-to-sales ratio signaled a recession, noting that the jump had been driven by a rise in the stocks of nondurable goods such as drugs, paper and farm products.

One could argue that the rise in nondurable inventories means that consumers are starting to cut back even on the basics. Why that reduces the possiblity of a recession is a mystery Mutikani failed to explain.

... A rising ratio has both good and bad implications. It could mean companies stocking up in advance of a pickup in sales growth — or it could mean an inability to sell goods. The highest ratio is in machinery, where sales have dropped 1.4% over 12 months.

Well Steve, since sales fell, and have been falling for roughly two years, shouldn't you be leaning towards "an inability to sell goods"?

None of the reports cited had a word to say about the specifics of the long-term decline in wholesale sales.