Yesterday, I noted that Associated Press reporter Karl Ritter actually wrote, and AP actually published, a story about how complying with the Paris climate agreement would require greenhouse gas emissions "To Drop Below Zero."

Perhaps Ritter, whose beat includes "cover(ing) climate change, from UN negotiations to Arctic melt," looked around and realized that if he didn't put out something distracting, no matter how absurd, he'd have to cover one or more of three other "climate change" developments during the past couple of weeks — none of them favorable to the warmists' cause. An editorial on Thursday at Investor's Business Daily, one of the key places readers need to regularly visit to get important news the establishment press won't report, addressed them (links are in original; bolds are mine): 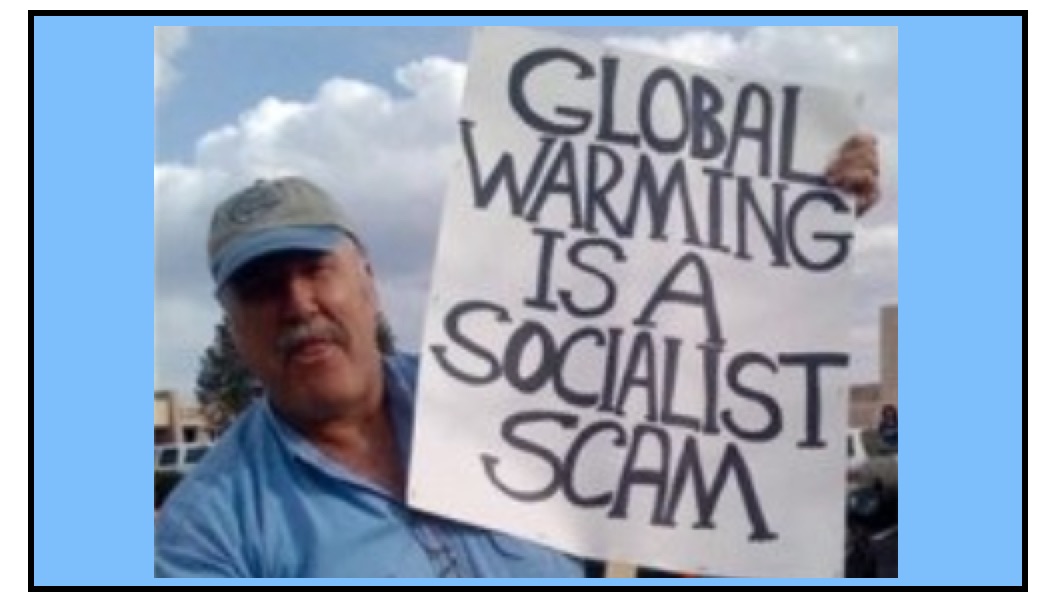 Want to know the latest global warming news? Don't bother looking in U.S. media. They can't be bothered with stories that contradict the man-made climate change narrative. But the truth is out there.

Let's start with a new paper from NASA — a distinctly American organization — that was covered by the British Express.

The newspaper tells us that our space program has "found the Earth has cooled in areas of heavy industrialization where more trees have been lost and more fossil fuel burning takes place."

... The Express reports that the findings confirm that the aerosols from fossil-fuel combustion "actually cool the local environment, at least temporarily," as they reflect "solar radiation away from the planet."

Let's pause there, because there's a priceless quote in the Express story which throws the warmists' entire enterprise into serious doubt:

... The research was carried out to see if current climate change models for calculating future temperatures were taking into account all factors and were accurate.

... The study found existing models for climate change had been too simplistic and did not account for these factors.

While it's true that NASA believes that all factors combined indicate that global warming might occur more quickly overall, the fact that they've admitted that certain key factors have been ignored has to leave anyone with an inquisitive mind wondering what other key factors they missed. After all, there has been no global warming for almost 19 years (more on that later), and something else not in the models has to explain that.

NASA's damning statement also explains why back in 2009 the models' true believers were found to be privately alarmed and frustrated — "Where the heck is the global warming?" — over how they weren't working out as predicted, as seen in 2009's Climategate emails.

Back to IBD's editorial:

... (There's a) study telling us that "scientists now estimate that there are around 975 polar bears in the Norwegian region, whereas they estimated a number of 685 in 2004," while another has found them to be in "excellent" condition, with some being "as fat as pigs."

Finally ... we point out that the temperature data that supposedly show warming have been corrupted by poor positioning.

"The majority of weather stations used by (the National Oceanic and Atmospheric Administration) to detect climate change temperature signal have been compromised by encroachment of artificial surfaces like concrete, asphalt and heat sources like air conditioner exhausts," says Anthony Watts, a former meteorologist who is the lead author of a study of temperature station locations.

A visit to the Watt press release linked in IBD's editorial indicates just how sloppy NOAA's work has been:

In other words, NOAA/NCDC fiddled with the data to force the genuine sites to conform to the warming-biased ones. In other words, their data has been deliberately rendered unreliable — yet it is largely relied upon by those who believe that earth is well on its way to catastrophic warming.

instead of doing its due journalistic diligence, the press would rather muse about the role climate change might be playing in the warm Christmas weather in the Eastern part of the country.

There's an answer for that too, for journalists who care: 1955 was warmer.