A leftist flack who has been waging his own personal war on women for at least a decade has been exposed. As a result, his far-left public relations firm, a leader in the field, has closed.

FitzGibbon Media shut down on Thursday. That's because Trevor FitzGibbon, the firm's founder and owner, who also was "a communications director for (now-President Barack) Obama’s 2008 campaign," has been accused by several now-former employees of sexual assault and sexual harassment. Though the defunct firm's client list reads like a Who's Who of "progressive" and radical causes, and despite how sensational charges such as these are usually considered ready-made clickbait in the press, the FitzGibbon shutdown has received minimal press exposure. The obvious comparative point, raised at TruthRevolt on Friday: "Just imagine if this were a GOP PR firm."

Part of the reason for the quiet media treatment may be go back to how the firm's now-former employees managed the story at its initial stages.

The news appears to have broken at the reliably leftist Huffington Post. As result, the focus wasn't on potential lawsuits, criminal probes, or "how could the firm's clients not have been aware of these things?" Instead, Amanda Terkel, Ryan Grim and Sam Stein concentrated on how "sad and disappointed" employees were:

Multiple female employees came forward with accusations of sexual harassment and assault against FitzGibbon, according to employees who spoke with The Huffington Post. 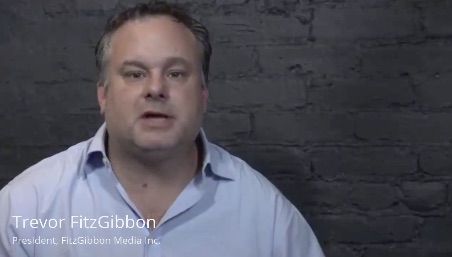 "The team that comprised FitzGibbon Media is incredibly sad and disappointed to confirm that allegations have been made against Trevor FitzGibbon, FitzGibbon Media founder and President, for sexual assault and harassment of multiple female staffers," the statement said. "Staffers reported over a half dozen incidents of sexual harassment and at least two involving sexual assault committed by Trevor FitzGibbon against his own employees."

One paragraph in particular from what was presented as "The full statement from the company's employees" appears to be a plea for the establishment press — whose members largely agree with their positions on "social and political issues" — to go easy on them:

"We are devastated to see our beloved place of work closed at the hands of such a coward and hope to continue working on the social and political issues we love and care so deeply for in the future.”

It also seems more than fair to question the seemingly managed timing of the firm's implosion, especially given the following paragraph from the HuffPo writeup:

... FitzGibbon has been on leave from the firm since Monday. Employees were caught off guard when management told them that the firm would be closing Thursday and instructed them to be out by the end of the day, leaving staffers in the lurch during the holiday season with no notice.

Nice, eh? The firm suddenly shut down on a busy news day in Washington (the budget, the Fed's rate move, and Obama's planned visit to San Bernardino, to name just a few major stories), just before the Christmas "getaway day." I suspect that a number of now-former clients suggested that having FitzGibbon himself and the firm he founded twisting in the wind for several weeks or even months would be problematic for progressives and their causes, and that the bleeding had to stop — now.

For the record, here is the list of FitzGibbon clients found at the firm's still-present related web page on Sunday; note that several of them are directly connected to Hillary Clinton's presidential campaign:

One other client, as I noted in an early October NewsBusters post, was the oppressive socialist government of Venezuela and its then-aspiring dictator — hopefully derailed by recent election results — Nicolas Maduro.

The HuffPo piece also notes that FitzGibbon faced similar charges at a firm where he was previously employed — none other than Fenton Communications, another collection of far-left PR flacks. It's reasonable to ask if Trevor FitzGibbon's pattern of behavior wasn't more widely known than anyone will dare admit.

As of late Sunday, a search on Trevor FitzGibbon's full name (in quotes) at Google News returned 22 relevant items. Only a few, including items at the Hill, the Washington Post, Newsweek, Fortune and the New York Daily News, were establishment press outlets. Given that the story at the Post has no comments, it would appear that it wasn't promoted much at the paper's other web pages.

More to the point, searches at the Associated Press and the New York Times indicated that the wire service and the Old Gray Lady, respectively, each had no related story — virtually guaranteeing that the FitzGibbon saga won't make the cut at any of the Big Three network news shows in the coming days.

Again: Just imagine if this were a GOP (or conservative) PR firm.