At the Washington Post, there is apparently not a darned thing going on in any foreign country that can't wait until Elizabeth Lauten's life is completely turned upside-down.

The now-former aide to Tennessee Republican Congressman Stephen Lee Fincher had the temerity to question the questionable attire and apparent demeanor of President Obama's daughters at a recent official event.

Because Lauten expressed an opinion, we all just have to be told, among other things, that she was arrested as a juvenile with charges dismissed, what she was writing about in college, and that she had tensions with a former employer. Oh the humanity.

Here are excerpts from McCoy's hatchet job (HT Washington Free Beacon via Twitchy; bolds are mine): 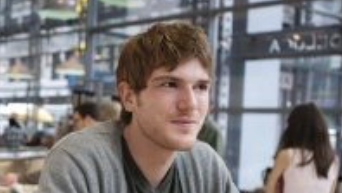 One too many opinions from Hill staffer Elizabeth Lauten, who attacked Obama’s daughters and resigned

In the fall of 2006, a young opinion writer named Elizabeth Lauten penned a piece for her student newspaper, the East Carolinian, voicing her reservations over this new thing called Facebook. The aspiring journalist behind “Is Facebook the New Big Brother?” complained that everything in life had suddenly become public. What would be the outcome?

... She was wise to be wary of spilling secrets on Facebook. Years after delivering those prescient remarks, Lauten got on Facebook on Friday and delivered comments that quickly made her Capitol Hill’s most notorious spokesman and fueled a media frenzy that has only disclosed more Lauten secrets for people to gab about.

... The path Lauten charted to this point is not without controversy. In December 2000, she was reportedly arrested on misdemeanor larceny charges in Onslow County, N.C., according to court records reported by the Smoking Gun. “Lauten, then 17, was collared for allegedly stealing from a Belk department store in her North Carolina hometown,” the Web site reported. Charges were eventually dismissed.

... But that apparently didn’t derail her. Lauten claims on her LinkedIn page that she scored a perfect 36 on the ACT and near-perfect on the SAT, with a score of 1580. Afterward, she breezed into East Carolina University, where she at times felt discomfort with what she characterized as her classmates intellectual shortcomings. ...

... In the East Carolinian (school newspaper), Lauten wrote a series of opinion pieces that called on the United States to intervene in Darfur and cheered the execution of Saddam Hussein. But she observed of Saddam Hussein’s hanging, “we should be more civilized” and try a different method of execution: “Whatever happened to the gas chamber or lethal injection?”

Lauten showed little apprehension in wading into divisive debates about race. In one column, she cautioned Americans against “making race an issue once again. … Don’t get me wrong, I’m not saying people are not discriminated against or that people are treated fairly all the time, but I cannot believe that people have to make such a big deal out of it. There are many more important things to worry about in the world.”

After she got out of school, she moved to the Washington area, where she eventually got a job with Illinois Republican Rep. Joe Walsh. Things apparently didn’t go well. “She didn’t last with me. She had some issues and some problems,” Walsh told the Daily Herald, adding that her recent comments were “pretty stupid.”

... After leaving her position in 2011, she returned to opinion work, diving once more into a racial debate. In 2012, African American actress Stacey Dash announced her support for Mitt Romney and endured a Twitter backlash. Lauten responded with a CNN iReport opinion piece: “All of a sudden the Stacey Dash haters of the world have come out because, shocker, a Hollywood celebrity has said they’re supporting somebody other than Barack Obama, and more to that point, it’s an African American celebrity saying they’re supporting somebody other than Obama. Shudder the thought.”

The video resonated. And Lauten, then an Alexandria media consultant and winner of a previous CNN video contest, was nominated for a CNN iReport Award.

So once again the Post, recently seen assigning its policy editor to fact check a Saturday Night Live skit poking fun at President Obama's authoritarian immigration move on a Sunday morning, is serving as a palace guard furiously defending the honor of Dear Leader and those associated with him. What a disgraceful waste of resources and betrayal of journalism.

Say, Terrence, what do you have to tell us about the ongoing ISIS atrocities? Oh, that's not as important as smearing an obscure Obama critic?