Journalists firmly on the Left think of themselves as the sensible center, so their ideological allies are described in positive, non-ideological terms – “women’s rights,” “LGBT rights,” “civil rights,” “environmentalist,” et cetera. They skip even using “liberal,” because it’s a word that conservatives use negatively. They fail to recognize anyone on the “far left” or “hard left” or “radical left.” Alexandria Ocasio-Cortez is a “progressive.” Her most radical dreams are not called “extreme.” They’re “ambitious.” 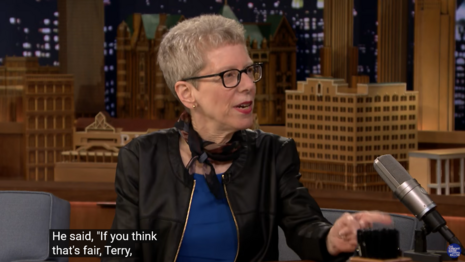 A recent Exhibit A came on the National Public Radio talk show Fresh Air with Terry Gross. The headline on her January 18 program was “How will the hard-right Republicans in Congress wield their newfound power?” Gross began: “Now that Kevin McCarthy has assumed his new role as speaker of the House, a position he won after making concessions to the far right of his party, what can we expect?”

One thing NPR does not expect is that Republicans will make any moves to cut its funding. They expect Republicans to subsidize their own rhetorical beating.

The guest was Catie Edmondson, a young congressional reporter for The New York Times. NPR and the Times form a natural alliance against Republicans. Edmondson proclaimed “the hard-right flank of the party…have a couple of different aspirations in mind. One is that they do want to leverage their newfound subpoena power and their power in the majority to enact vengeance, essentially, on the Biden administration….And you also have Republicans in that hard-right flank who really want to use their power in the new majority to enact deep spending cuts.” 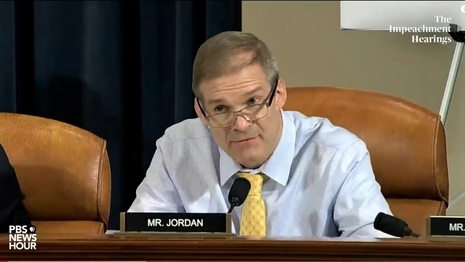 She mentioned the “so-called Weaponization Committee” organized by “election denier” Jim Jordan. No one on NPR calls any Democrat an “election denier” and no committee – especially the Pelosi-picked January 6 panel – is ever about “vengeance” or partisanship.

Gross asked, “Is one of the goals of the far right of the Republican Party to impeach President Biden?” Edmondson replied, “that is certainly a goal of many of the hard-right lawmakers.”

On and on went this festival of extreme labeling. The NPR host used “far right” nine times during the hour, and pretty much every time she reintroduced the guest: “We're talking about the new Republican-controlled House of Representatives led by the new speaker, Kevin McCarthy, who made many concessions with the far-right members of his party in order to get elected speaker.”

For her part, Edmondson used “far right” six times and “hard right” 17 times during 44 minutes of interview time. That adds up to 32 “far right/hard right” labels” in all.

This isn’t unusual for “Fresh Air.” On January 12, Terry Gross interviewed Israeli journalist Anshel Pfeffer. She began: “Israel recently elected the most right-wing government in its history, becoming another democratic country that many observers think is moving toward authoritarianism.”

I went into Nexis to search NPR transcripts over the last two weeks for terms like “far left,” “hard left,” “radical left,” and “ultraliberal.” There were none on Fresh Air, and none on their newscasts.

NPR is a wholly owned subsidiary of the radical left, but Republican taxpayers are still footing their unfair share of the bills.