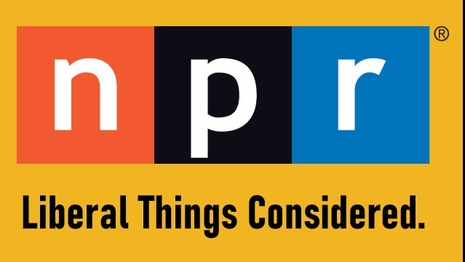 As Christmas nears and the year comes to a close, veteran NPR reporter Mara Liasson grew warm and fuzzy about Joe Biden's legacy, living up to his promises of bipartisanship and creating a "pretty respectable list of accomplishments." Is this news, or advertising? At NPR, it's tickling the tummies of its Democrat listeners and donors.

On Thursday's edition of the comically mis-named show All Things Considered, Liasson touted Biden's "pretty good record" and how Team Bide was "blessed by their opponents" in the GOP:

And then you look at what Democrats were able to pass in the first two years of his presidency. And it's a pretty good record. It's not everything they wanted. But in the end, as White House advisers are willing to admit privately, they got lucky. They were blessed by their opponents. Republicans nominated just too many people who voters thought were out of the mainstream. And Democrats ended up with a historic result for a first term midterm for the president's party.

Donald Trump's favorite amateur candidates nearly all lost, to be sure. But then, the Republicans were also helping Biden by passing some bipartisan legislation. Liasson singled out the so-called "Respect for Marriage Act," a symbolic bill to stave off the unlikely notion that the Supreme Court would reverse its ruling on same-sex marriage:

Biden thanked Republicans who supported that bill. Of course, the bill couldn't have passed without 10 Republican votes in the Senate. This is the idea that he ran on. He ran on being the guy who could work across the aisle and get things done with the other party. He ran on a return to normalcy. And even though Democrats have been fixated on legislation that was bigger and more ambitious than they had the votes for, giving the impression that sometimes they were flailing, if not failing, the president came out with a pretty respectable list of accomplishments.

When Democrats pass bills that cause problems, like the so-called "American Rescue Plan" that spurred inflation, they're still "accomplishments." Liasson expressed surprise that Biden was punished more in the midterms for inflation.

There used to be a very strong correlation between the economy and elections, and we've seen that correlation broken. Remember, President Donald Trump had a very strong economy, but his party lost the midterms. Biden had historic inflation and wasn't hurt that badly in the midterms. So a lot of assumptions, preconceived ideas about how politics work have really been challenged this year.

You can guess NPR didn't say "Trump had a very strong economy" during the 2018 campaign. Liasson skipped over the embarrassing number in their NPR poll that only 35 percent of Democrats surveyed wanted Biden to run for re-election in 2024. But she said the age thing was an obstacle:

The appetite among Democratic voters for an alternative to Biden hasn't changed. They think he's just too old. And despite what he passed, despite inflation coming down, despite his record in the midterms, despite Republicans like Newt Gingrich warning people not to underestimate Biden, he is 80 years old, the oldest person to ever run for reelection, and that's a liability. And his age is going to be one of the biggest lines of attack for Republicans.