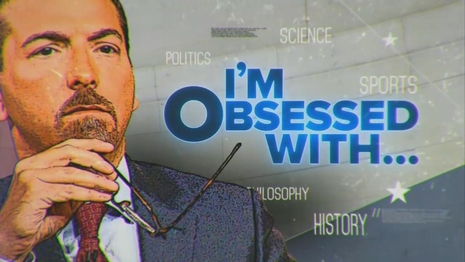 David Riess, who’s run the show for eight years, was moved out for David P. Gelles. He’s described as “a long-time CNN producer who helped develop the now-defunct CNN+ streamer, was parachuted in to help fix the sinking show.” Wait – someone who developed CNN Plus is suddenly an expert in fixing a sinking ship???

We’re told Todd “has baffled many at NBC with how long he’s remained atop the struggling show” (for eight years), as ratings are down 21 percent compared to last year.

“NBC White House correspondent Kristen Welker is being groomed to replace Todd, multiple insiders with knowledge of the matter said, and is expected to take on more hosting duties as the midterm elections approach.”

Todd was already demoted once this year when his Meet the Press Daily broadcast on MSNBC was relegated to NBC’s streaming service. And earlier this year, with NBC Universal CEO Jeff Shell in attendance, Todd was brutally roasted by Trevor Noah at the White House Correspondents’ Dinner. “How are you doing?” the Daily Show host asked Todd. “I’d ask a follow-up, but I know you don’t know what those are.”

According to 30 Rock insiders, these incidents have all demonstrated how Todd remains unpopular with viewers and critics and that the Meet the Press franchise has been overexposed.

Yes, liberals think Trevor Noah can be painted as the Voice of the Public. When he mocks you, you’re done-zo. Has anyone checked on Trevor’s ratings? Has Trevor looked at Gutfeld’s numbers over on Fox News?

Faced with the ratings, one anonymous NBC source mused ““At what point does anyone have the balls to say ‘Maybe the problem is the face of it’?” The source doesn’t have “the balls” to be named in this gossipy story. At least Chuck Todd can get a taste of what it’s like to be a Republican who’s painted as doomed by anonymous sources.