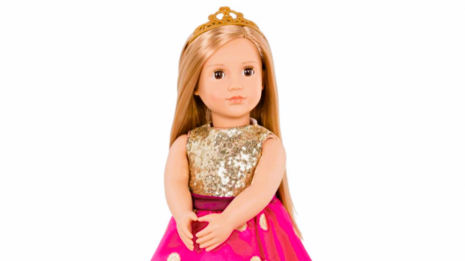 Washington Post Magazine columnist Damon Young wrote about the panic he and his wife had when his six-year-old daughter played for a few days with a white doll. They were triggered! The column was titled "Someone gave our daughter a White doll. How do we, um, ‘disappear’ it?"

Young claimed their six-year-old girl is "perceptive enough already to see and feel, even if she can’t quite articulate it yet, how White beauty is considered the standard here in America." They agreed that "a decision to gift a White doll to our daughter — who’s already aware of the ceaseless cultural proselytization of Eurocentric beauty — could communicate to her that we value those features more than hers."

We also discuss some of the Tiffany Cross craziness over the weekend on MSNBC. Elie Mystal insisted Herschel Walker was a stupid Republican "house negro" who's "gonna do what he's told." Former Obama aide Nayyera Haq weirdly argued that Brittany Griner was sitting in a Russian prison because of American sexism, that WNBA stars aren't granted pay equality with male NBA stars.