As part of its ongoing abortion advocacy badly disguised as journalism, Thursday’s Morning Edition devoted a segment to how Hollywood hasn’t been pro-abortion enough!

Anchor Rachel Martin spoke for more than seven minutes to Tanya Melendez, a doctoral fellow at the University of Illinois, who wrote an article for Vox.com last fall titled “How TV lied about abortion.” Naturally, there was no pro-life advocate anywhere in this lecture.

First up, Melendez was hopping mad at TV shows that allowed a two-sided debate. That's "just not reality." The example was...from the Eighties.

MELENDEZ: There is the both sides plot where an abortion is considered by a main character, and then "both sides," quote-unquote, are shown through all of the other characters. So the very famous Cagney & Lacey 1985 episode "The Clinic," for example -- Cagney and Lacey, investigating a clinic bombing, essentially go from character to character and get an opinion on abortion....And by the end of the episode, there are three characters who are pro-abortion and three characters who are anti-abortion. 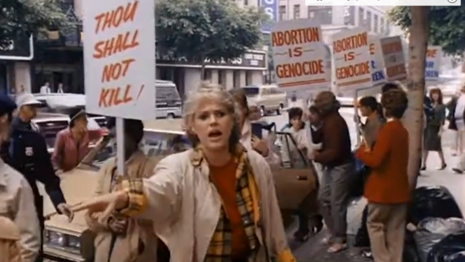 MELENDEZ: And unfortunately, what that does is tell you that the people seeking to oppress the rights of women are equal to the rights of a woman seeking an abortion. And that is just not reality.

It’s fascinating that she’s still complaining about a 37-year-old TV plot on a feminist detective show. It's like complaining about lyrics by Dexy's Midnight Runners. The latest example she provided of a “both-sides’ plot for Vox was in 1996. Couldn’t NPR acknowledge this? They didn’t.

Earth to NPR and the rest of the liberals: Spare us the lectures about how you're "saving democracy" when you hate debates. People who want to "oppress the rights of women" should shut up and be banished from polite society, even in fictional television. They call it a "dangerous false equivalency." 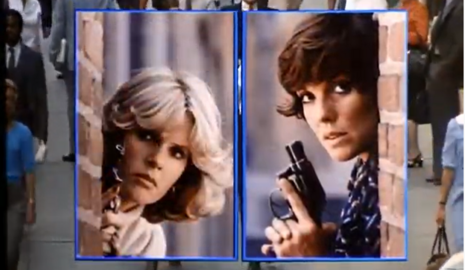 MELENDEZ: The power of television is that it is a meaning-making medium, and it is the most powerful one we have in our culture. For the past 60 years, television shapes what we think about every major social issue, because when we absorb a narrative and they are characters that we are invested in and they are plots that we follow over years, in some cases, those stories give us a viewpoint of the world, and they reinforce what is normal, what is acceptable, what is moral or amoral, what is good or bad. And it gives us scripts that we then play out in the way we talk about these social issues.

Martin lamented "there will be those TV executives who push back and say, that's not what we're supposed to do. We provide an escape. We are not, you know, going to get our fingers into social issues. It's not our job."

Melendez insisted "you cannot tell stories about women within a certain age in modern America without talking about reproductive choice at some point or another," and Martin "corrected" her with "all the people who can get pregnant."

NPR is funded in part by you...the American taxpayer.