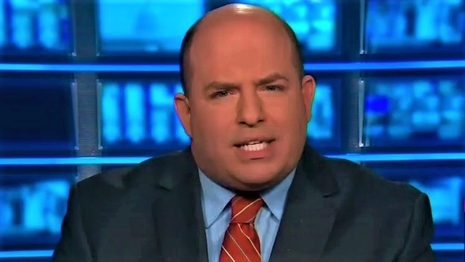 Fox News media reporter Brian Flood might have been wearing a grin as he reported on the ratings chasm between CNN and Fox News.

The obsession with January 6 is NOT working magic for CNN. No wonder Brian Stelter complains about their "freedom of reach"!

CNN had its smallest audience in 22 years on Friday among the demographic most coveted by advertisers as the network continued its ongoing struggle to attract viewers.

Friday was also CNN’s smallest weekday audience among total viewers since June 2014, as the network settled for only 283,000 average viewers. By comparison, Fox News averaged 1.4 million total viewers and 209,000 in the key demo. It was Fox News' largest advantage over CNN since August 6, 2015.

The dismal turnout capped a miserable three-day stretch for CNN, as the Warner Bros. Discovery network averaged only 88,000 demo viewers June 15-17 for its worst three-weekday performance since June 2014.

Stelter's time slot also displays how badly CNN loses to Fox. No wonder they wail that democracy is in peril!

Then came the "low blow" of comparing Stelter to non-news programming, even reruns:

Reruns of Family Matters, Roseanne, The Office, Shark Tank and Family Guy all outdrew Stelter’s program among the 25-54 demo, as did children's programming such as Peppa Pig and Spongebob SquarePants. Over 5,000 cable telecasts topped Reliable Sources in the demo last week.