Fox News reported on Friday night the U.S. Capitol Police arrested a group of staffers with CBS's The Late Show With Stephen Colbert and were charged with unlawful entry after they allegedly illegally entered a House Office Building on Thursday night. 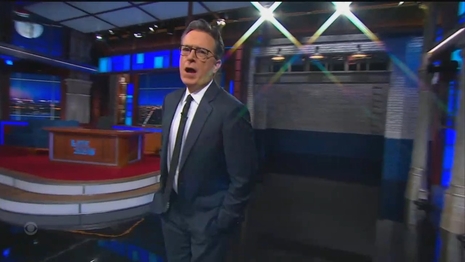 The group of seven people were arrested in the Longworth House Office Building after being escorted out of the Jan. 6 committee hearing earlier in the day because they did not have proper press credentials, according to sources.

The same group resurfaced later on Thursday night after the Capitol complex was closed to public visitors and Fox News is told that they took videos and pictures around the offices of two Republican members of Congress, Minority Leader Kevin McCarthy R-Calif. and Rep. Lauren Boebert, R-Colo...

The group was unescorted and charged with illegal entry to House office buildings after hours.

Remember that people who merely entered the Capitol on January 6 were charged with "parading" or "entering a restricted building" and some have served several weeks in jail. 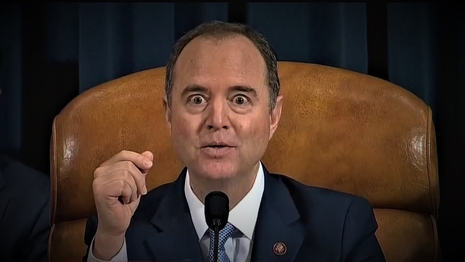 At some point, they were let back in to the Longworth House Office Building sometime after 4 p.m. by an aide to Auchincloss and were unattended for several hours. Sources tell Fox News that the aide believed the group had more interviews to do and "the group apparently roamed the House office buildings while they were unattended for hours."

The U.S. Capitol Police told Fox News in a statement that it received a call for a disturbance in the Longworth House Office Building at 8:30 p.m. on Thursday.

A spokesman for CBS said "Triumph the Insult Comic Dog" (that's Robert Smigel) was on-site at the U.S. Capitol on Wednesday and Thursday to record interviews for a comedy segment on behalf of The Late Show, and said the interviews were authorized and pre-arranged with Congressional aides.

"On Wednesday, June 15 and Thursday, June 16, Triumph the Insult Comic Dog was on-site at the Capitol with a production team to record interviews for a comedy segment on behalf of ‘The Late Show.’ Their interviews at the Capitol were authorized and pre-arranged through Congressional aides of the members interviewed," the spokesperson said. "After leaving the members’ offices on their last interview of the day, the production team stayed to film stand-ups and other final comedy elements in the halls when they were detained by Capitol Police."

This is incredibly ironic that Democrats went after Rep. Barry Loudermilk (R-GA) for just having guests at the complex taking pictures of the artwork. But none of those people were arrested like this, and the police said nothing they did was suspicious. This is also the anniversary of the Watergate break-in. More irony of ironies.

"CBS Saturday Morning" waited 20 minutes before noting Colbert staffers were arrested at the Capitol. They try to make it light in a one-minute report, beginning with "Triumph the Insult Comic Dog is accused of running afoul of the law." They didn't arrest a puppet. pic.twitter.com/ZoJdN9WzFp