Open Letter to NPR: Why Leave Nina Totenberg's Sister's Name Out of Your Story on MTG?

RE: Something I heard or read — Ask the Public Editor about ethics

National Public Radio energetically reported on a left-wing attempt to cancel Rep. Marjorie Taylor Greene from the ballot in Georgia, and "a judge" who allowed their crusade to continue. But there was an ethical problem: The enabling judge's name was Amy Totenberg, the sister of NPR legal correspondent Nina Totenberg. Reports on Friday morning avoided the name entirely. I recorded and transcribed the Friday morning 9 am (Eastern) newscast: 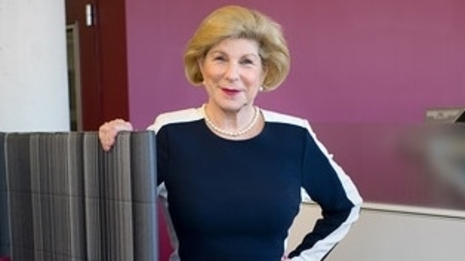 CORVA COLEMAN: A judge in Georgia will question Republican congresswoman Marjorie Taylor Greene about her involvement in the rally held before the deadly attack on the U.S. Capitol last year.

A group of voters claims Green helped facilitate the insurrection and that makes her ineligible to run for office. Greene has not been charged, and denounced the violence at the Capitol, but her incendiary and often false rhetoric against opponents has drawn criticism. Still, Georgia Public Broadcasting’s Stephen Fowler reports it is unlikely the voters’ complaint will force Greene out of the campaign.

FOWLER: A federal judge did rule that this complaint process could continue, but it’ll be a high bar to meet to remove Greene. Also, remember the final decision rests with the Secretary of State. That’s Brad Raffensberger, who’s facing a Trump-backed  primary challenge next month, too.

The "federal judge" (but not the first judge mentioned) was Totenberg. This also happened on Friday's Morning Edition. NPR ran a soundbite of Greene complaining I can't believe this judge has not thrown this case out and seen it for what it is, as nothing but a big, funded scam for the Democrats trying to control our elections." And then came this exchange:

A MARTINEZ: So what kinds of outcomes can be expected? I mean, is it actually likely that Greene would be removed from the ballot?

FOWLER: The short answer - no. Greene sued in federal court to try and block this administrative law process, saying it violated her rights, but a judge ruled that the administrative law process was allowed to continue. But it's still going to be an incredibly high burden to make this unprecedented judgment Greene should be struck from the ballot. Other efforts against Republican members of Congress, like Madison Cawthorn of North Carolina, have failed. A Trump-appointed judge there said that section of the 14th Amendment is narrowly written to bar former Confederates from holding office and is not applicable today.

Not only did Fowler fail to disclose Judge Totenberg's name, he didn't even identify her as an "Obama-appointed judge," but he then cited a "Trump-appointed judge."

PS: Your repeated vague references to "a group of voters" mobilizing against Greene -- and which Fowler then identified as "a nonpartisan group called Free Speech for People" -- is not at all nonpartisan. Its founder John Bonifaz ran for state office in Massachusetts as a Democrat, and his opponent attacked him as a Green Party supporter. Bonifaz wrote books titled "Warrior-King: The Case for Impeaching George W. Bush" and "The Constitution Demands It: The Case for the Impeachment of Donald Trump."

Fowler mentioned efforts to remove Rep. Madison Cawthorn from office, but omit this boast from the group's website: "Free Speech For People also serves as co-lead counsel in the challenge to Rep. Cawthorn’s eligibility to appear on the 2022 ballot, and in similar challenges filed last week in Arizona against Rep. Andy Biggs, Rep. Paul Gosar, and State Rep. Mark Finchem, who is running for Secretary of State."

This group is left-wing and partisan....a lot like NPR.