In the latest NewsBusters Podcast, we review how the networks insisted that every American should rejoice that Ketanji Brown Jackson was confirmed to the Supreme Court, and lament that Republicans were rude to her during her confirmation hearings. On CNN, they complained that Republicans were somehow rude to walk out of the Senate chamber once the vote was over, like everyone was supposed to surround Judge Jackson like she was the hero at the end of Top Gun. 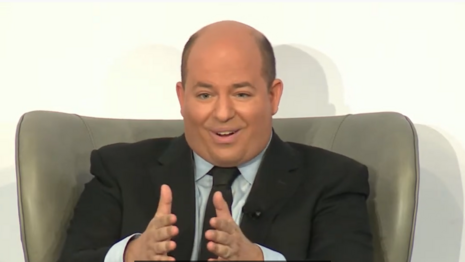 Kevin Tober joins in as we discuss a Chicago "disinformation" conference getting a strong dose of conservative questions about liberal media suppression.

Two University of Chicago freshmen made prominent liberal narrative-shapers Anne Applebaum and Brian Stelter squirm as they were asked about the Hunter Biden laptop revelations. When one insisted CNN pushed the Russian collusion hoax, the Jussie Smollett hoax, the Nicholas Sandmann hoax, the Brett Kavanaugh rape hoax -- Stelter insisted that this young man couldn't possibly be watching the same CNN that he watches. (Stelter wrote a book about Fox News titled ...Hoax.)