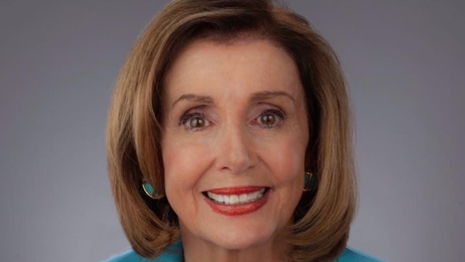 About six weeks ago, I received a fundraising email from Nancy Pelosi's Pact to the Future PAC with the attention-grabbing headlined "MSNBC (SHOCKING announcement)." Republicans were going to end democracy....according to MSNBC historian Michael Beschloss.

Tim, I can hardly believe my eyes.

CNN just revealed the most vulnerable Republican Senate seats in this election:

I need you to understand what this means, Tim.

If Democrats spring into action to FLIP these two Senate seats, Mitch McConnell’s hopes of regaining the Senate will be gone in an instant. I’m launching an immediate response to take advantage of this amazing swing in Democrats’ favor.

So let's attempt a fact check: When did CNN discuss Rubio in danger of losing? After all, the Real Clear Politics average of polls has Rubio comfortably up by nine points against Democrat Val Demings, and the last poll was +12. (Ron Johnson has a tighter gap.) Where is this "amazing swing" toward Democrats?

-- A search of transcripts in the Nexis database found nothing on air in the last week.

-- A look at our Snapstream closed captioning brought up CNN discussing Rubio ten days ago -- in a light-hearted discussion of Daylight Standard Time legislation.

-- Early in March, Rubio granted two interviews to Jake Tapper on the invasion of Ukraine, and his alleged weakness in the polls never came up.

Maybe it's on CNN.com? Okay, yes. CNN posted an article on February 3 -- meaning "just posted" somehow translates to "seven weeks ago." It was titled The 10 Senate seats most likely to flip in 2022. Ron Johnson was on this list, too. But wait, how does CNN claim he's "in danger of losing" when he's nine points up?

GOP Sen. Marco Rubio is running for a third term in a state that has favored Republicans recently. (Trump carried it by 3 points in 2020.) That means he starts as the favorite, but Democratic Rep. Val Demings, who was a contender for Biden's running mate, has been an impressive fundraiser. She raised about $7.2 million in the fourth quarter -- more than Rubio's $5.2 million, although he ended 2021 with more cash on hand. Demings will need the money to introduce herself statewide across expensive media markets.

"Starts as the favorite" doesn't sound much like "in danger of losing."

In mid-December, New York Times reporter Maggie Astor warned those dastardly Republicans were much more likely to send around "misinformation" in their political emails than the Democrats. This Pelosi PAC is really stretching reality about Rubio.

A screencap is below: 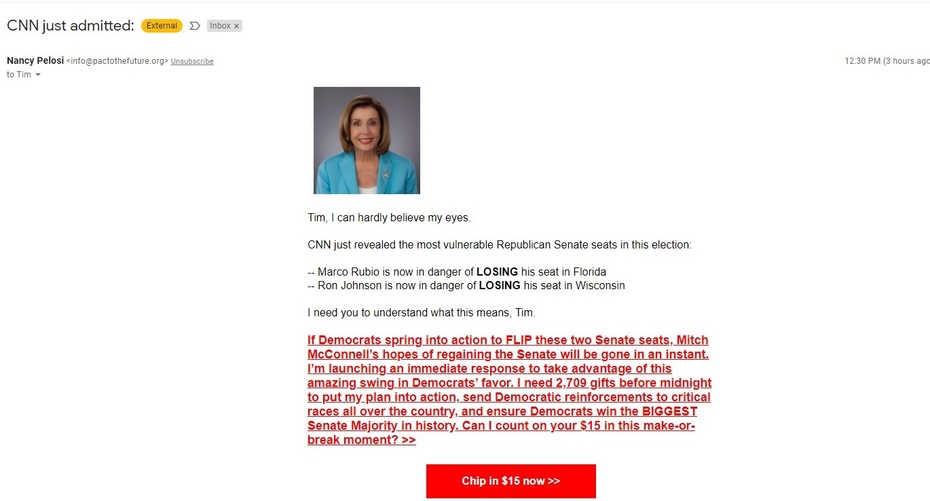