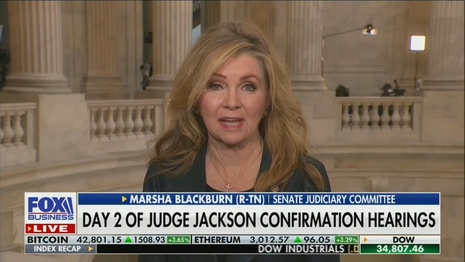 The Democrat-backing “fact checkers” of PolitiFact jumped to the defense of Ketanji Brown Jackson by slapping conservative Sen. Marsha Blackburn of Tennessee with two negative verdicts on Tuesday.

First, Tom Kertscher rated Blackburn “False” and in a headline said she was “wrong” on Jackson’s citation of critical race theory in sentencing.

Blackburn claimed that Jackson in 2015 "gave a lecture talking about critical race theory as one of the components to consider when you are making decisions on the bench."

Jackson was speaking about sentencing policy, not how judges make decisions on the bench. She said sentencing policy is interesting on an intellectual level because it "melds together myriad types of law," as well as critical race theory, negotiations and contracts.

Huh? Isn’t sentencing a crucial part of judges making decisions on the bench? Obviously, Judge Jackson’s alleged leniency in sentencing is a vital part of these hearings. This was the passage, as Kertscher quoted it:

"I also try to convince my students that sentencing is just plain interesting on an intellectual level, in part because it melds together myriad types of law — criminal law, of course, but also administrative law, constitutional law, critical race theory, negotiations and, to some extent, even contracts."

Obviously, Blackburn was right that Jackson talked about CRT as "one of the components to consider" on the bench.

The other "fact check" came from Amy Sherman, which tagged Blackburn as "Mostly False" on COVID-triggered prisoner releases.

At the start of the COVID-19 pandemic, Judge Ketanji Brown Jackson advocated that “each and every criminal defendant in D.C. Corrections custody should be released.”

"The obvious increased risk of harm that the COVID-19 pandemic poses to individuals who have been detained in the District's correctional facilities reasonably suggests that each and every criminal defendant who is currently in D.C. DOC custody — and who thus cannot take independent measures to control their own hygiene and distance themselves from others — should be released," Jackson wrote.

Sherman was accusing Blackburn of cherry-picking, as Blackburn spun the memo: "That would have been 1,500 criminals back on the street if you had had your way."

Jackson went on to lament “the unfortunate current state of affairs is that the judiciary is limited in the steps that it can take to respond to the legitimate and pressing COVID-19-related concerns that myriad defense counsel have raised,” but also that they would have to consider flight risk and dangers to the community.

Blackburn’s statement suggests that Jackson released all inmates who came before her en masse, and that’s wrong.

Jackson denied some inmates’ requests for release and granted other ones, taking into account factors such as the likelihood they would reoffend and whether they would comply with conditions of release.

We rate this statement Mostly False. 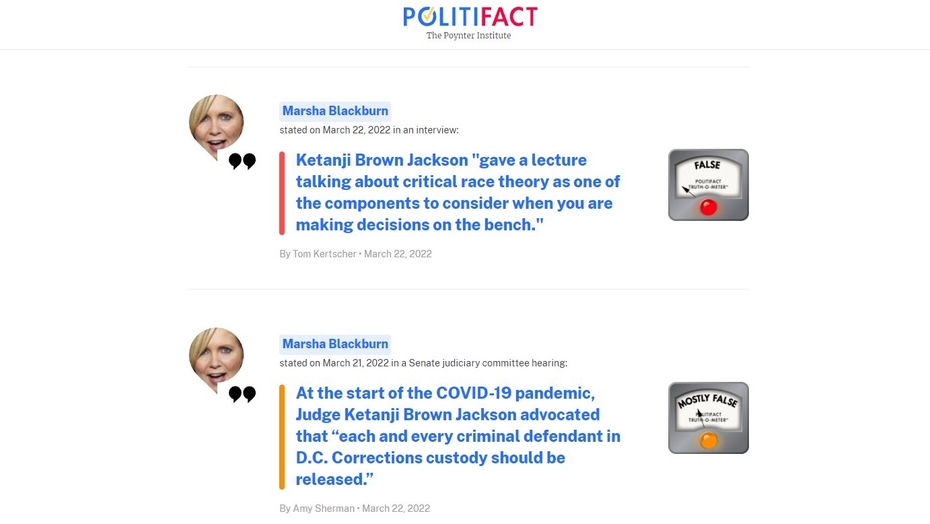