Too bad, so sad -- Oregon election officials announced in the middle of January 6 commemorations that former New York Times columnist Nicholas Kristof was ineligible to run for governor of Oregon (as a Democrat) because he doesn't meet the three-year requirement for residency. AP reported: 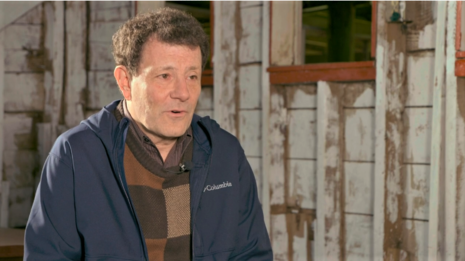 Secretary of State Shemia Fagan, a Democrat, said it was obvious Kristof had been a New Yorker until just over one year ago, citing in particular his having voted in New York in the 2020 election.

“Oregon statute provides directly that ... if a person casts a ballot in another state, they are no longer a resident of Oregon. It’s very, very simple,” Fagan told reporters.

“For 20 years living, working, raising his kids, holding a driver’s license, filing taxes and voting as a New York resident until a year ago just doesn’t pass the smell test,” she added...

Fagan said she endorsed the decision by the elections officials, who work for her, and didn’t consider overruling it, adding: “It wasn’t even a close call.”

This seems blatantly obvious. So then....why did it take more than two months to decide it? In December, the Oregon Secretary of State’s office reached out to Kristof’s campaign about concerns that he had not filed his candidacy yet. Then they sent him a request for more information, saying "it has come to our attention that you voted in New York State as recently as 2020." He also had a New York driver's license.

Kristof thinks this is his fellow Democrats are trying to keep out a winner, an outsider. Democrats have held the governor's office in Oregon since 1987. AP said he raised more than $1 million in less than a month for his campaign, but they didn't say how much of that came from outside Oregon.

Kristof vowed to appeal the decision, tweeting: “A failing political establishment in Oregon has chosen to protect itself, rather than give voters a choice.”

“I come from outside the political establishment, and I don’t owe insiders anything,” he later told a news conference. “They view my campaign as a threat and so, instead of working to end homelessness, they’re working to end my candidacy.”

Kristof had tried to claim residency based on his financial interest in his childhood home where his mother still lives. If he really wanted to run for governor where he actually has lived and voted, Andrew Cuomo is out now.