The leftists at the New York Times Book Review aren't as shameless as The Washington Post in using their "Notable Books" of the year list to promote books by their own staff. There was only one in the Nonfiction half, Andrea Elliott's Invisible Child: Poverty, Survival and Hope in an American City. That doesn't mean there wasn't a dramatic tilt to the left.

Here are 100 Notable Books of 2021, selected by the editors of The New York Times Book Review.

For example, they loved the latest book-length tribute to Ted Kennedy. He's a historical figure for liberals! 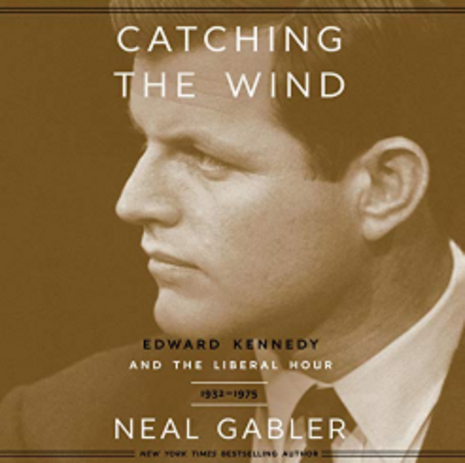 Catching the Wind: Edward Kennedy and the Liberal Hour By Neal Gabler

Gabler relates how the youngest Kennedy brother overcame ridicule and scandal to become one of the most effective senators in U.S. history. In five decades, Ted Kennedy sponsored nearly 700 bills that became law, and left his imprint on scores of others.

Teddy "overcame ridicule and scandal" to make history! But the Times also recommended a trashing of Winston Churchill, who as a drunk and a bad father....like Ted Kennedy? Churchill was a "masterful mythmaker." Teddy always had the Liberal Media to spin the myths.

Churchill’s Shadow: The Life and Afterlife of Winston Churchill By Geoffrey Wheatcroft

Wheatcroft’s Churchill led Britain heroically during World War II, but at other times in his life, as recounted in this revisionist biography, he was an imperialist, a racist, a drunk, a neglectful father and, perhaps most of all, a masterful mythmaker.

Online, every "notable" book had sales links. You weren't going to find any conservative authors on this list. You would find exposes of the "far right."

The Contrarian: Peter Thiel and Silicon Valley’s Pursuit of Power By Max Chafkin

In this energetically reported book, Chafkin paints a deeply disturbing portrait of the billionaire entrepreneur turned Donald Trump backer Peter Thiel, tracing his ascent through the ranks of Silicon Valley moguls along with his embrace of far-right causes and beliefs.

Far-left causes, like rioting in the cities, found their champion in the New York Times Book Review (just like this author was earnestly promoted by NPR).

America on Fire: The Untold History of Police Violence and Black Rebellion Since the 1960s By Elizabeth Hinton

Hinton documents hundreds of often violent urban protests by Black Americans beginning in the mid-1960s, as policing grew increasingly aggressive. Such protests must be understood, she posits, not as riots but as “rebellions” against racial injustice.

Isn't it fascinating that the Times can lecture Americans about how "Every Day Is Jan. 6 Now," but they will promote authors wanting left-wing riots to be described as "rebellions." They could use a PR helper!

They also promoted the latest book by black Harvard professor Randall Kennedy -- Say It Loud! -- that trashed Clarence Thomas as a "talented con artist." But wait! At the very end of the Nonfiction recommendations, there was one surprise:

Woke Racism: How a New Religion Has Betrayed Black America By John McWhorter

McWhorter, a Black liberal who dissents from much of the left's views on race, argues against the position that racism and white supremacy are “baked into” the structure of American society.

Maybe it's not that much of a surprise. Reading the review, you can learn McWhorter writes a newsletter for New York Times subscribers. So make that two Notable Books plugs for Times writers.