Sister Toldjah at RedState is reminding us that actress Bette Midler is once again expressing her outrage at pro-life legislation (this time in Texas) by demanding all the ladies engage in a "sex strike" until the liberals win and abortions are as easily available as a manicure.

I suggest that all women refuse to have sex with men until they are guaranteed the right to choose by Congress.

You tell them, Sister: 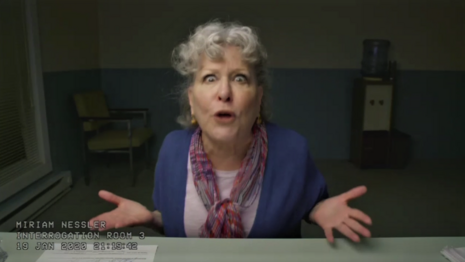 This is not Midler’s first foray into advocating for sex strikes. She joined fellow actress Alyssa Milano’s call for a sex strike back in 2019 over Georgia’s fetal heartbeat bill.

Presumably, the only women who would take part in this “sex strike” would be women who think like Bette Midler and Alyssa Milano. With that in mind, I am completely on board with these types of women abstaining from sex, because that lessens the likelihood that there would eventually be mini-versions of them who would one day follow in their parents’ radical pro-abortion footsteps.

She added "let’s face it, many of us do feel a twinge of sympathy for the men who have chosen to put up with these types of women by dating them or marrying them." Midler is 75 years old and has been married to the same man for 36-plus years. We're going to guess Midler is doing this for the Twitter clicks: over 108,000 Likes. The "sex-positive" leftists can't possibly take this seriously for very long.

Finally, the Toldjah flurry of blows ends with this:

Lastly, sex strike campaigns proposed by women like Midler and Milano are a good idea because they give us the clearest look yet at the stark differences between women who claim women shouldn’t use sex as a weapon but who don’t practice what they preach, and those who actually do abide by that rule, because I can’t think of a worse example for younger generations of women than one who thinks it’s a good idea to use her body as a bargaining chip to get what she wants.

Bitter Bette is the same Hollywood scholar who tweeted in 2018 after the Kavanaugh accuser parade failed to defeat him that “‘Women, are the n-word of the world.’ Raped, beaten, enslaved, married off...enduring the pain and danger of childbirth and life IN SILENCE for THOUSANDS of years...”