“Independent fact checkers” can easily be mistaken for Democrats who don’t want you to remember Democrat History. USA Today threw a “False” flag at this Facebook meme, causing it to be fairly unreadable to people scrolling past it:

In 1964, on the floor of the U.S. Senate, Democrats held the longest filibuster in our nations [sic] history, 75 days. All trying to prevent the passing of one thing.

So this clear meme: 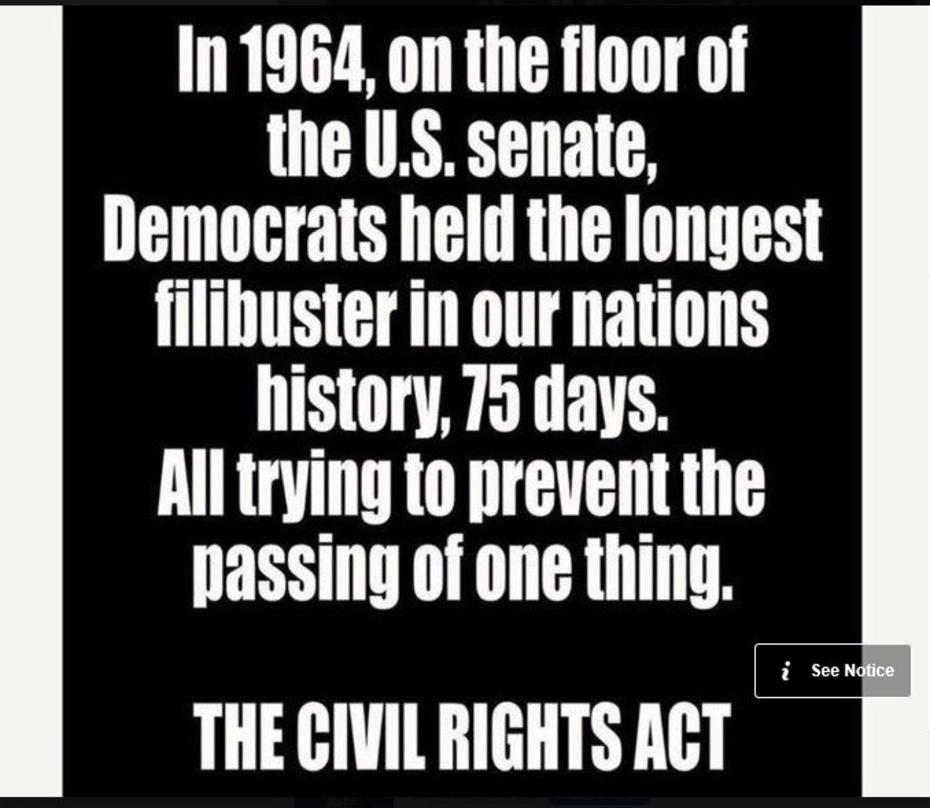 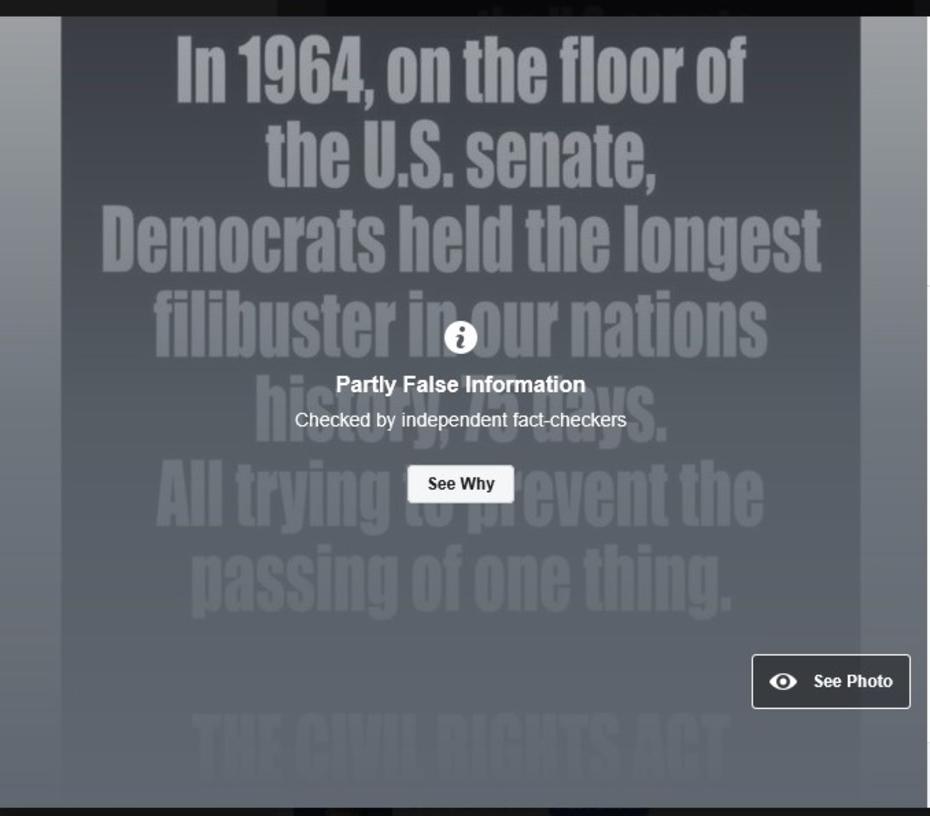 A June 20, 1964, New York Daily News article about the passage said 46 Democrats and 27 Republicans were in favor of the bill, while 21 Democrats, all from Southern or border states, opposed it along with six Republicans.

They listed Democrats like Strom Thurmond (who later became Republican), but left out some familiar names, such as Sen. Albert Gore Sr. of Tennessee. But this meme had to be flagged for fact abuse: 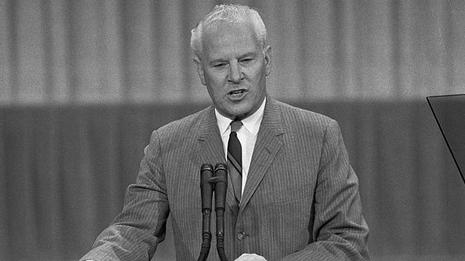 It is true that the Democrats hold the record for the longest filibuster. But there are a couple of aspects of the exact claim that are false or misleading. It wasn't 75 days long; it lasted only 60 days. And there should be a distinction made in exactly who was blocking the bill. The majority of Democrats who opposed the 1964 Civil Rights Act were from Southern states; some Democrats in non-Southern states did support the bill.

This is why it’s maddening that “authoritative” news outlets end up blocking or obscuring social media posts over “distinctions” that remind voters – some of whom aren’t very wise about 1964 -- the Democrats used to have a pile of staunch racists in their caucus.

Related: USA Today is also flagging this line against the Democrats as Partly False: "Fact check: Big cities have crime and more Democrats, but it's a stretch to link them."