The enormous coronavirus “stimulus package” was festooned with goodies for key Democratic constituency groups, including $75 million in “emergency” funding for the Corporation for Public Broadcasting, which offers grants to PBS and NPR stations. That’s on top of the half-billion the Congress already authorized for the year.

They call it “public” broadcasting, but it’s niche broadcasting by liberals, for liberals. Even during this self-isolation, PBS aired a documentary slashing the NRA, and NPR celebrated the 12th anniversary of Barack Obama’s speech about toxic Reverend Wright. 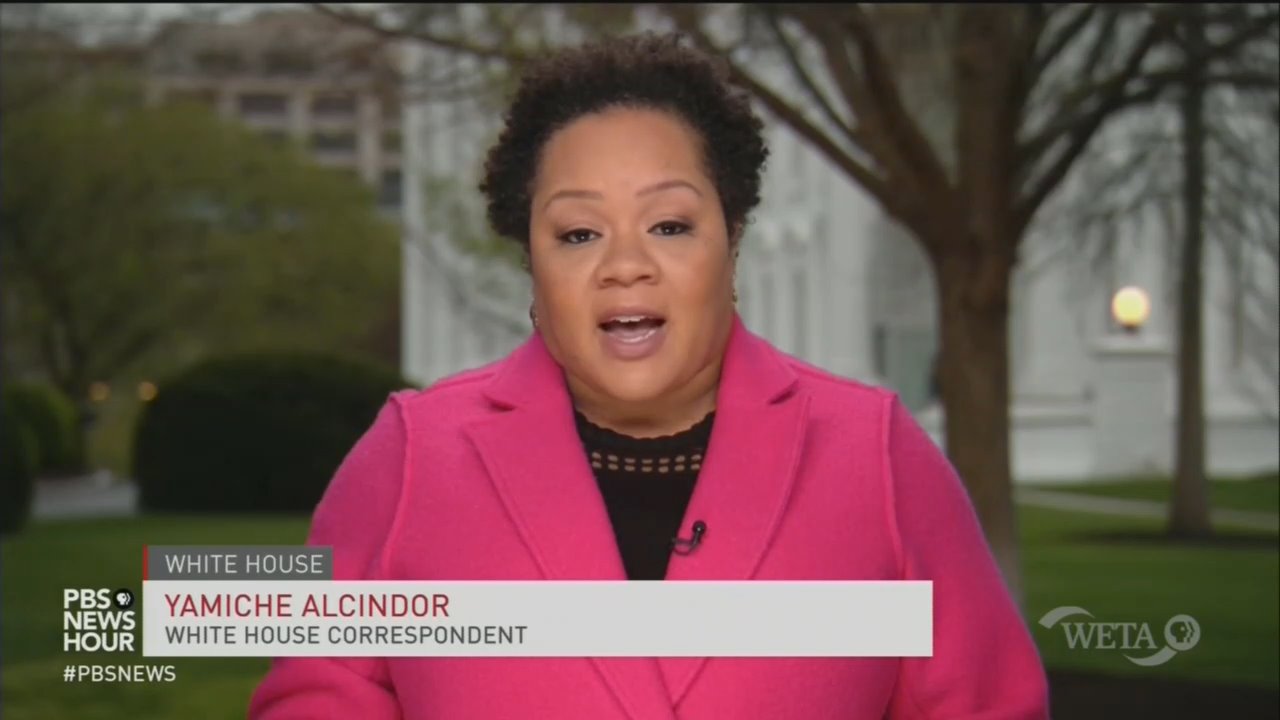 The PBS heroine of the moment is White House correspondent Yamiche Alcindor, who inspired the Left to make the viral hashtag "#WeLoveYamiche."

Yamiche has been squabbling with President Trump, scolding someone at the White House for using the term “Kung Flu” – so racist! – and lecturing about the president questioning large supply requests from Democratic governors. In the current environment, you can never downplay the doom, especially when it’s in opposition to that golden-tongued Andrew Cuomo.

Washington Post media blogger Erik Wemple spoke for many liberal journalists when he gushed “As Alcindor stands and rams through her questions, she is becoming the symbol of American journalism: strong, unflappable and polite.”

But Yamiche is not always “unflappable.” Last fall, at a press conference at the G-7 summit in France, she grew emotional with Trump. “Why do you keep using the misleading statement that Russia outsmarted President Obama!....Why keep repeating what some people would see as a clear lie?” Trump clearly disagreed. Russia invaded and took Crimea, and Obama rolled over.

Then Yamiche went on the PBS NewsHour and complained about Trump. “He also repeated his incorrect claim that Russia was kicked out of the group because Russia outsmarted former president Barack Obama." In the land of PBS, no one should ever be allowed to say Obama was outsmarted. It’s like saying LeBron was outplayed, or Beyonce was out-sung.

At the time, ex-Bush press secretary Ari Fleischer insisted “The fact that neither she, nor apparently the rest of the White House press corps, thought her question was out of line, and an example of bias, shows how deep the bias runs.”

The major flaw in Wemple’s gush is that PBS and NPR are not consistently strong in “speaking truth to power.” With Democrats, they speak valentines to power.

On June 1, 2016, PBS held a town hall meeting with President Obama in Elkhart, Indiana. The late PBS anchor Gwen Ifill – one of Yamiche’s heroes – began by noting local unemployment dropped from 19 percent to four percent in the Obama years, but “this White House isn't getting any credit for that turnaround….What gives?”

Five days later, NPR reporter Tamara Keith spoke to Hillary Clinton when she won her party's presidential nomination. “Last night when you took stage in Sacramento, there was a woman standing next to me who was absolutely sobbing. And she said, you know, ‘It’s time. It’s past time.’ And you see the women — you see people here and people just come up to you and they get tears in their eyes. Do you feel — do you feel the weight of what this means for people?”

NPR Morning Edition anchor Steve Inskeep was the audio equivalent to 60 Minutes softball specialist Steve Kroft. With Obama, he wasn’t an interrogator, but a facilitator. After the Democrats were trounced in the 2014 midterms, Inskeep asked Obama "Is there some way in which that election just passed has liberated you?"

All this is why Democrats make sure the money keeps flowing to PBS and NPR. They blow the wind beneath Democratic wings.