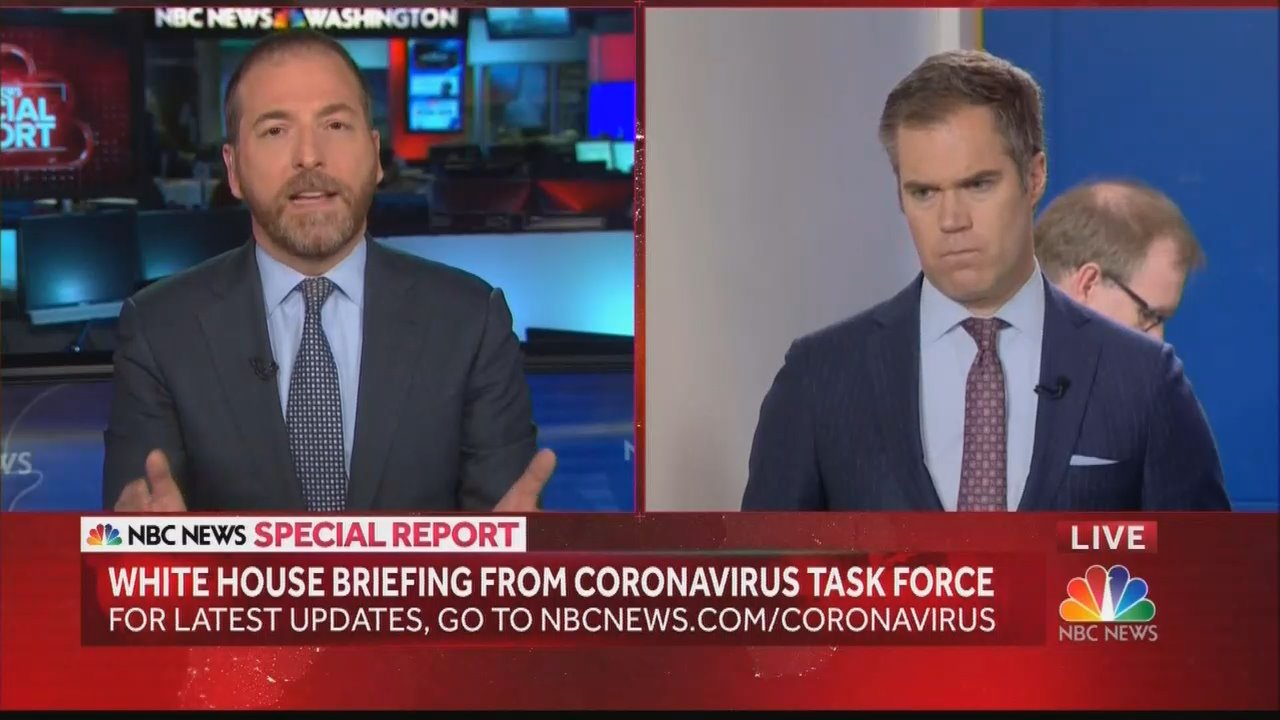 One of the more tiresome partisan polkas we’ve witnessed in the Trump years is the herky-jerky dancing around the White House briefing. First, journalists insist it’s a dangerously undemocratic practice to avoid a daily briefing. Then when suddenly there are daily briefings for a public-health crisis, journalists insist it’s a dangerous practice to air these briefings live because the president spews so much “misinformation.”

You can easily hear the partisan echoes in the current coronavirus contrast. Liberal noisemakers like Sunny Hostin on ABC’s The View complained that airing the Trump-led briefings live is a “disservice to the country,” and Joy Behar chimed in that she’s “falling in love” with New York Governor Andrew Cuomo because his live coronavirus briefings – airing live on national cable news -- are “so brilliant.”

Or see CNN’s Reliable Sources, where host Brian Stelter, Carl Bernstein, and disgraced Dan Rather took turns hailing Gov. Cuomo as so much stronger and smarter and inspirational than Trump.

Democrats are presumed to be “brilliant,” and it’s easier to impress when you have a pliant press corps. Would anyone imagine there’s a cantankerous Jim Acosta in Albany, yelling at Cuomo that he’s ignorant and un-American?

When reporters challenge Trump, they are presumed to be brilliant. NBC’s Peter Alexander asked about potential drug treatments to inhibit the virus: “Is it possible that your impulse to put a positive spin on things may be giving Americans a false sense of hope by misrepresenting the preparedness right now?” Trump admitted he was talking about “a feeling” he had. Then Alexander insisted “Nearly 200 dead, 14,000 who are sick. Millions, as you witnessed, who are scared right now. What do you say to Americans who are watching you right now who are scared?”

Alexander claimed this was a “softball,” but it clearly exaggerated the number of “sick,” since thousands have recovered, and not every “confirmed case” even gets symptoms. That’s when Trump called him a “terrible reporter.” Alexander’s question was loaded, and so was the aftermath. NBCNews.com posted this headline: “Trump, promoting unproven drug treatments, insults NBC reporter at coronavirus briefing.”

On MSNBC, Chuck Todd lauded Alexander, wounded yet courageous knight of the realm. “I want to thank you for your professionalism and the way you do represent NBC News and the Comcast family in that room. I wish the people on the other side of the podium had the same professionalism as well.”

This critique, the Washington Post wrote in a “news story,”  showed Trump “lapsing into his self-destructive ways.” As if journalists don’t act in “Trump-destructive ways”? Reporters Philip Rucker and Ashley Parker opened with this hyper-negative sentence: “President Trump was reeling from one of his worst weeks ever: The novel coronavirus was killing Americans, wrecking the economy and subsuming him and his presidency.”

On The View, Rahm Emanuel offered the prototypical defense of the Alexanders and the Acostas, that the president was “attacking a journalist” for “doing his job.” That’s fascinating, because in November of 2012 (now-deceased) BuzzFeed reporter Michael Hastings told then-Chicago Mayor Emanuel he was “just doing his job” when he said Emanuel grabbed him by the arm and berated him for daring to ask Emanuel about his fundraising for an Obama super-PAC. (An audio recording showed the berating was mutual.)

Reporters can be very opinionated, ill-tempered jerks, and then when you protest their shtick, they put on their Guardians of Democracy superhero suits and say they’re “doing their job,” for the people. No one voted for them to represent us. Even in a crisis, they only represent themselves, caring most deeply for their own hyperbolic liberal opinions.