With the stunning economic news out early Wednesday showing that inflation has continued to skyrocket to seven percent year over year, ABC and CBS’s evening newscasts ignored the Biden administration’s past predictions that inflation was simply “transitory” when reporting on the new numbers. Meanwhile, NBC Nightly News recalled how wrong the Biden White House has been in the past on the… 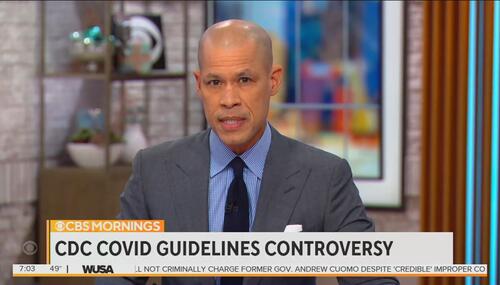 For nearly two years, Dr. Fauci was the pope of the media’s new church of science and the CDC was the Vatican Council handing down the dogmas of the rites and rituals around masks, isolation, and vaccine anointments. But with the CDC loosening isolation recommendations in the face of new information about the Omicron variant’s life cycle, the media’s faith was shaken as they openly denied the… 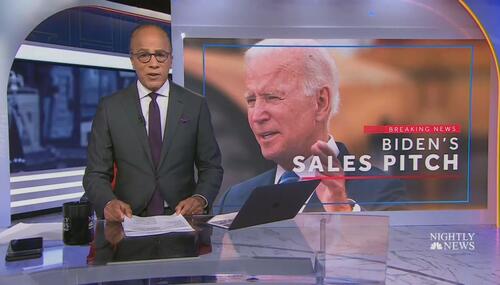 The broadcast networks tried to reassure their fellow liberals on Tuesday that President Biden’s massive socialist agenda still had a chance. Despite weeks of Democratic infighting and attacks on moderate Democrat lawmakers, ABC, CBS, and NBC insisted they saw a “glimmer of progress” on the edges as the progressive price tag appeared to be getting dragged lower by West Virginia Senator Joe…

Shockingly, the Biden administration’s reliance on the Taliban to stop other terrorist attacks around the Kabul airport proved to be a failure on Thursday, as a pair of ISIS-K suicide bombers left 13 U.S. service members and at least 60 Afghans slaughtered. But despite this fact, the CBS Evening News tried to prop up President Biden in an attempt to make him appear tough on…