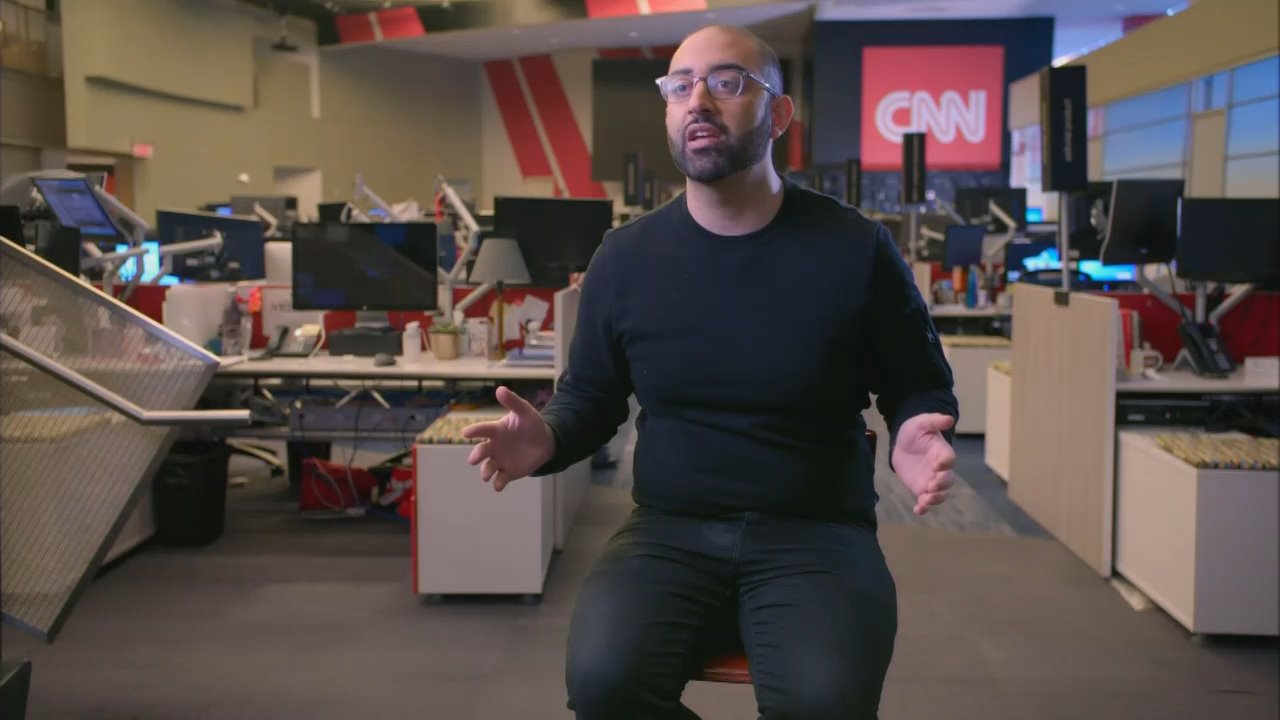 Large chunks of time are devoted to the most notorious “right-wingers,” toxic Alex Jones of InfoWars and the unscrupulous duo of Jack Burkman and Jacob Wohl, often battling with Oliver Darcy, Stelter's CNN colleague. They are far more interested in being notorious than getting it right. But if all they want is attention – isn’t HBO aiding them in seeking infamy?

I’m with Julio Rosas in noting what Team CNN/NYT didn’t want to discuss: “nothing about the media's role in putting out false narratives like with the Steele Dossier, the Covington Catholic kids, their terrible reporting with Kavanaugh's accusers, and propping up people like Michael Avenatti.” (Who pushed a Kavanaugh accuser, of course.)

The Covington counterpoint is obvious because it emerged from the same social-media swirl they're ranting against, only from the Left. Stelter includes one example from the Left, an Alabama liberal who pretended to be a "Dry Alabama" prohibitionist for Roy Moore in the 2017 Senate special election to disgust moderate suburban Republicans. This was also busted by Stelter's heroes at The New York Times.

After the Burkman-Wohl press debacle attempting to smear Mueller as a sex offender, we get this lecture:

OLIVER DARCY, CNN: The whole thing was a circus. The only serious thing was what they were trying to do, which is slime Robert Mueller with one of the worst things they can accuse him of. He got people talking about Robert Mueller and a sexual assault allegation in the same sentence.

ADAM GOLDMAN, NEW YORK TIMES: They meant to tarnish Bob Mueller's reputation to undermine his investigation into the president. What Burkman and Wohl were doing was not only knowingly dishonest and they know that, it was corrosive and destructive. This was about throwing shit on the wall! That's all they were attempting to do. To throw shit on the wall and get somebody to write about it! They would have been very satisfied if the Times had just written, "This is nonsense." Because they would Google Jacob and he might have come up on the top search and he doesn't care what context his name is used in. Does he? Doesn't seem like it.

GOLDMAN: I mean, I really was offended by the whole thing. You know, I could come back to the Times, and the Times trusts my judgment, and I said, I'm not writing about this. I'm gonna do my due diligence. I'm gonna go try to find this woman to see if there's any there, there. It's the same standard we would treat Kavanaugh's accuser. We need to find the victim, talk to the victim, interview the victim, and then determine if this is actually real. Uh, but I'm not writing about this news conference.

They had "standards" with Kavanaugh? It's quite safe to say the feminists at the Times smeared Justice Kavanaugh with horrid tweets and collapsing claims of sexual misbehavior.

HBO might want to look in the mirror on spreading hateful conspiracy theories. Trump's going to declare martial law? Doesn't Bill Maher sound like Alex Jones distorting Jade Helm on that one?

BENKLER: Mainstream media needs to understand that it is operating in a propaganda-rich environment. There are no two realities. There is an intentional deception on one side, and there is an honest if imperfect process of trying to get as near the truth as we can on the other.

That is the Stelter Straw Man, strewn in pieces across 94 minutes: Nutty Right-Wing Fantasists vs. the Truth-Seeking Objective Establishment Media.

First unintentionally funny moment in Stelter-produced HBO "After Truth" documentary:
Portraying BuzzFeed News as the antidote to unverified fake news.
Yes, the people who posted the entire, unvetted Trump Pee Tapes dossier.
"We have always erred on the side of publishing." pic.twitter.com/hdZ73OU9LN

Second unintentionally funny moment in Stelter-produced HBO "After Truth" documentary:
Jack Burkman professing his fear of Fake News (and then his devotion to using it).....followed by Guess Who? BriWi. pic.twitter.com/9X1tvSMnbt