Ashe Schow at the Daily Wire points out that PolitiFact tagged former UN Ambassador Nikki Haley as "Mostly False" on Friday for claiming in an e-mail for her new group Stand For America that candidates who are supporting the Green New Deal are "promoting abortion in third world countries to control the population!"  Tom Kertscher singled out this section: 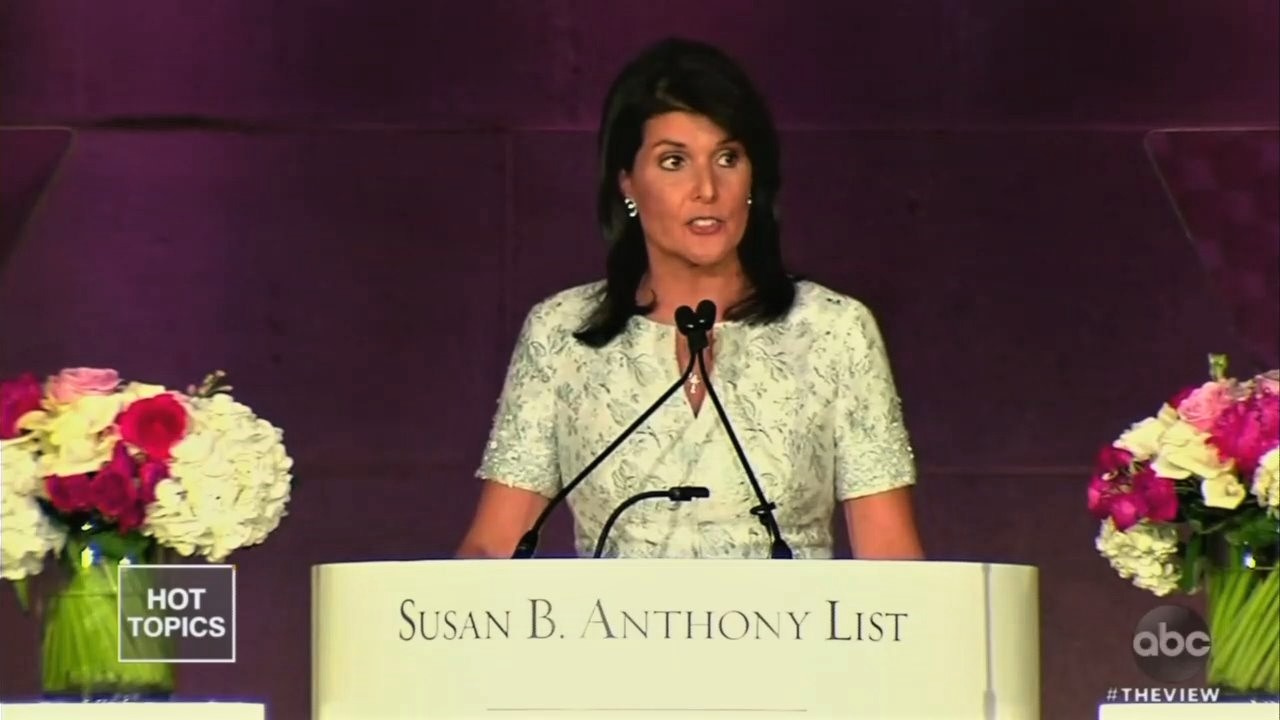 Liberals continue to go around the country touting their radical climate change agenda.

"Front and center was their ‘Green New Deal.’ Or as we at Stand For America have come to call it, the ‘Green New Scam.’ The candidates touted everything from putting limits on red meat consumption, to promoting abortion in third world countries to control the population!

As often happens, the "fact checkers" decided to check a fact that Haley hadn't mentioned. They insisted abortion is not mentioned in the vague Green New Deal resolution offered in the House and Senate. Their headline underlined how they changed the subject: "Green New Deal doesn't mention abortion, but Nikki Haley's attack on it does."

PolitiFact has offered no Green New Deal fact checks for that resolution's backers, Sen. Ed Markey or Rep. Alexandria Ocasio-Cortez. This underlines that "fact checks" are chosen by liberals at PolitiFact or their liberal tipsters.

Kertscher figured out that the Haley comment neatly matched Bernie Sanders in a September 4 CNN Town Hall on "climate change."

QUESTIONER: "Human population growth has more than doubled in the past 50 years. The planet cannot sustain this growth. I realize this is a poisonous topic for politicians, but it's crucial to face. Empowering women and educating everyone on the need to curb population growth seems a reasonable campaign to enact. Would you be courageous enough to discuss this issue and make it a key feature of a plan to address climate catastrophe?"

SANDERS: "Well, Martha, the answer is yes. And the answer has everything to do with the fact that women in the United States of America, by the way, have a right to control their own bodies and make reproductive decisions. And the Mexico City agreement, which denies American aid to those organizations around the world that allow women to have abortions or even get involved in birth control to me is totally absurd."

Schow pointed out that PolitiFact sliced off the rest of the Sanders answer:

So, I think, especially in poor countries around the world where women do not necessarily want to have large numbers of babies, and where they can have the opportunity through birth control to control the number of kids they have, is something I very, very strongly support.

Haley's email was not "Mostly False."

Protesting the American government for denying foreign aid to international abortion providers like Planned Parenthood sounds like "promoting abortion," just as denying the aid is seen as "anti-abortion."

We have rated this PolitiFact item as Deeply Distorted. For more, see our Fact-Checking the Fact-Checkers website.