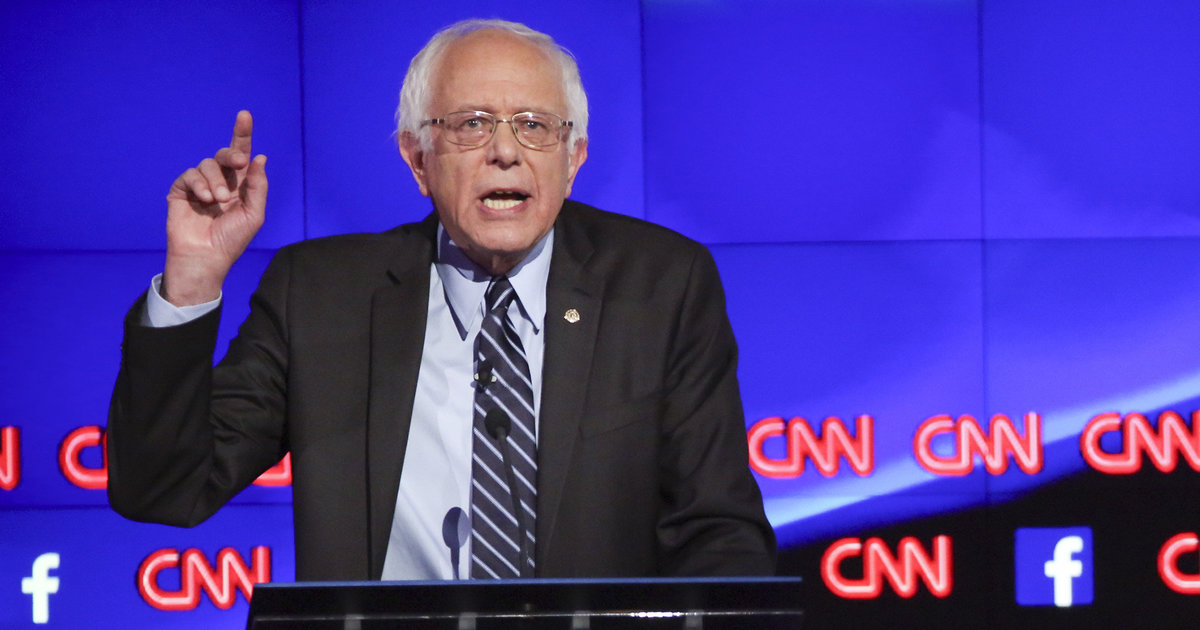 On Monday, socialist Sen. Bernie Sanders issued an op-ed on his "plan for journalism" at the liberal Columbia Journalism Review. Since he's a socialist, the obvious problem in media is large corporations that shouldn't be allowed to merge, and the obvious answer is more socialism -- taxing advertising to fund "public media." As if NPR and PBS stations don't sound the same notes as most large corporate media outlets?

Real journalism, in the words of Joseph Pulitzer, is the painstaking reporting that will “fight for progress and reform, never tolerate injustice or corruption, [and] always fight demagogues.” Pulitzer said that journalism must always “oppose privileged classes and public plunderers, never lack sympathy with the poor, always remain devoted to the public welfare, never be satisfied with merely printing news, always be drastically independent, never be afraid to attack wrong, whether by predatory plutocracy or predatory poverty.”

At precisely the moment when we need more reporters covering the healthcare crisis, the climate emergency, and economic inequality, we have television pundits paid tens of millions of dollars to pontificate about frivolous political gossip, as local news outlets are eviscerated.

It's always a bit amusing to watch Sanders go after Disney or Jeff Bezos for using their press outlets to promote -- well, Disney films and Jeff Bezos projects. Sanders has upset the Brian Stelters of the world for suggesting the Washington Post is biased in favor of Bezos and Amazon, which is about as outrageous as alleging CNN is biased in favor of CNN (and now AT&T).

Sanders would bring the spirit of Ralph Nader and the Naderites back to the FCC, stopping corporations from merging against the "public interest."  He said, if elected, he would appoint officials who would enforce antitrust laws “against tech giants like Facebook and Google, to prevent them from using their enormous market power to cannibalize, bilk, and defund news organizations.”

He would also push for unionization of media outlets: "Additionally, we will pass my Workplace Democracy Plan, which will boost media workers’ laudable efforts to form unions and collectively bargain with their employers." Perhaps he can also hate the Washington Post for publicizing struggles with his unionized campaign staff.

We must also explore new ways to empower media organizations to collectively bargain with these tech monopolies, and we should consider taxing targeted ads and using the revenue to fund nonprofit civic-minded media. That will be part of an overall effort to substantially increase funding for programs that support public media’s news-gathering operations at the local level—in much the same way many other countries already fund independent public media.

Conservatives can obviously feel that "independent public media" has always been solidly on the Left, knowing which side of the policy divide wants to fund public media, and which side feels it's not the proper role of government.

Sanders sounds like he's borrowing from a recent piece by Alexander Sammon at The American Prospect, insisting the "public option" of subsidies are "journalism's best hope," and forget all that stupid grousing about "liberal bias."