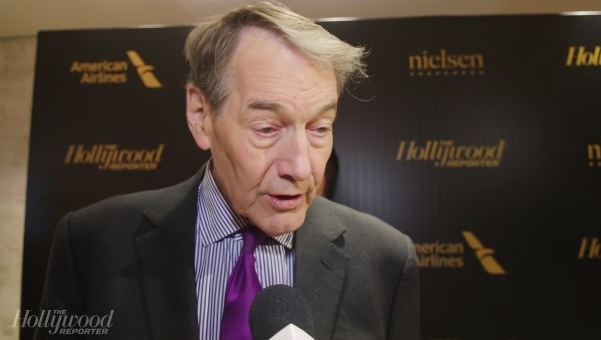 The Washington Post deserved credit for daring to report on another national media outlet when they outed the sexually aggressive behavior of CBS (and PBS) anchor Charlie Rose in November 2017. But Irin Carmon, a freelance reporter on that story alongside Post reporter Amy Brittain, is now spilling the beans in New York magazine on how the Post buckled on a follow-up story in 2018 on 60 Minutes executive producer (and former CBS News chairman) Jeff Fager. The headline is "What Was the Washington Post Afraid Of?"

Carmon said their story with 27 additional allegations on Rose and new material on Fager had been approved to the point where they took their allegations to CBS.

Amy took a deep breath and pushed send on the email to Fager. “A longtime employee of CBS has told the Post that you approached her from behind at a company party and said, ‘Grab my dick. I’m hung like a horse.’ ” We told him we’d spoken to an eyewitness who’d confirmed it happened when Fager was the chairman of CBS News. We asked him about an allegation that he’d groped an employee at a holiday party, that he’d retaliated against a producer named Habiba Nosheen for filing a federal complaint calling 60 Minutes a hostile work environment for women, that many 60 Minutes staffers we’d interviewed “said the workplace culture there was a difficult place for women, including being subjected to groping and demeaning comments.”

She wrote Post executive editor Martin Baron [the "independent arbiter of facts"] was furious at the women for demanding a response within 24 hours, which CBS refused. The paper and 60 Minutes were co-producing a series on opioid addiction.

The calls from 60 Minutes kept coming. We knew Fager had contacted Baron back in December because Baron told us. But in the days that followed, at least two senior women on the show called Baron to say that Fager was being falsely accused and to express anger at the characterization of 60 Minutes as a hostile environment for women. One, who has already made her feelings on the subject publicly known, was Lesley Stahl. Both refused to speak to Amy and me directly.

The story became a little amusing when Baron's much-ballyhooed portrayal in the movie Spotlight came up, at odds with this sex-and-power story:

[Editor Peter] Wallsten told us we’d have a second chance to explain our reporting to Baron, and this time we would be prepared. In what I understood to be an extraordinary move, Amy and I created a spreadsheet with every single accuser and fact and where it came from, which we presented to five editors. But at the last minute, Barr arrived and told us it would be better if we didn’t attend the meeting with Baron.

Later, we were summoned to find out what Baron had said. He’d balked at the claim of a hostile environment for women at 60 Minutes. And yes, even though no one had raised the anonymity before we went to CBS, now someone, maybe more than one person, would have to put her name to a claim against Fager. “If a man’s career is going to be ruined,” one of the recently added female editors said, and then trailed off.

I reminded the editors that we’d been told many times by sources that our story would never run, that Fager was too powerful. I’d assured more than one woman that that’s not how things work at the Post. That she should remember Baron’s reputation, that she should watch Spotlight. No one responded.

It's especially amusing that 60 Minutes would insist the Post needed the highest standards of proof on CBS, and they they turned around and aired interviews with Stormy Daniels and Michael Avenatti. This was twice as hypocritical because CBS used a large non-disclosure agreement to keep their Fager dirty laundry from being aired:

On March 25, 60 Minutes aired the first interview with Stormy Daniels about her affair with President Trump and the NDA she’d signed, which Fager described publicly as “hush money.” We all thought that was pretty ironic, and Baron authorized us to contact both CBS president David Rhodes and then-CEO Les Moonves, asking if, having provided a platform for Daniels to break her NDA, they’d let the women whom CBS had paid off speak. Neither replied.