If you want to know what a serious radical leftist sounds like at a movie awards show, MRC's Brent Baker reported that when self-proclaimed "communist revolutionary" Boots Riley accepted an Independent Spirit Award for “Best First Feature,” he drew applause for this leftist rant: “The CIA is trying to have a coup in Venezuela. I haven't been watching since I've been here, so they might be doing it right now. And we should all be putting our voices out to stop the U.S. from having regime change for oil in Venezuela.”

At @FilmIndependent #SpiritAwards on @IFC, accepting “Best First Feature,” @BootsRiley got applause for this leftist rant: “The CIA is trying to have a coup in Venezuela...And we should all be putting our voices out to stop the U.S. from having regime change for oil in Venezuela” pic.twitter.com/tKuyUynLvZ

Riley's first film is Sorry to Bother You, possibly "the most shocking anti-capitalist film ever." When the awards show cut off his speech with a musical riff, he continued it backstage: 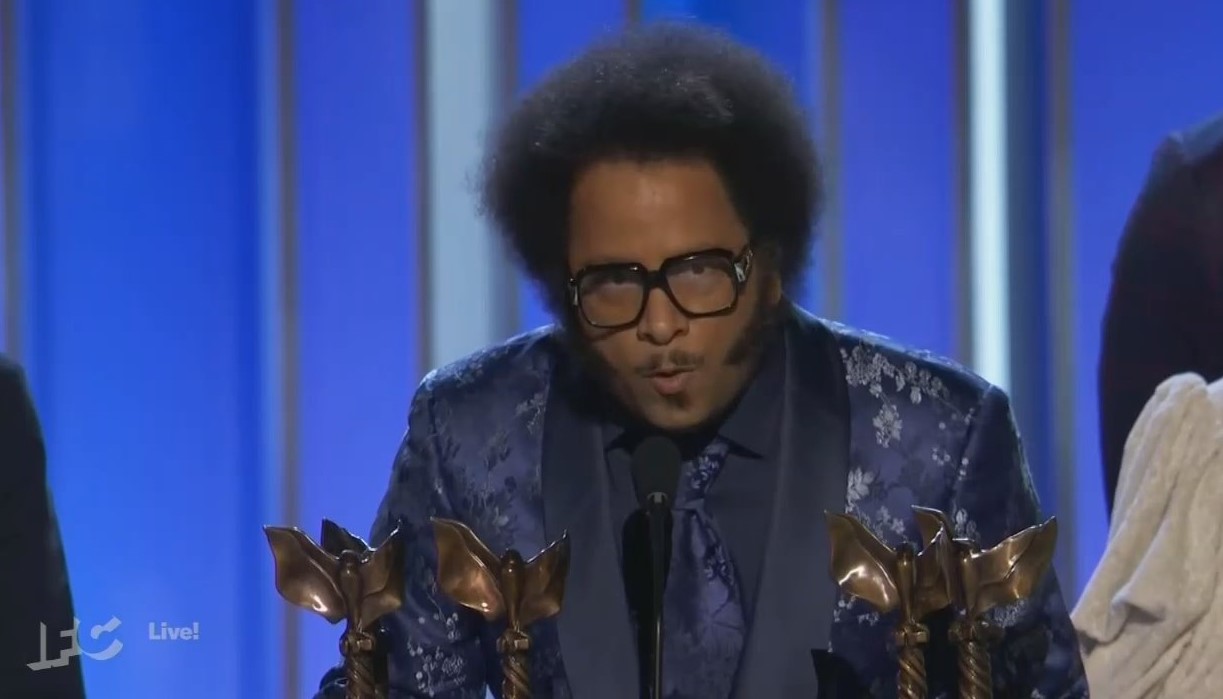 Now, when the Russians were trying to get ‘humanitarian aid’ into Ukraine a few years ago, the MSM out here correctly said, ‘Oh, we know they’re sneaking guns in that way.’ All of a sudden, nobody’s saying the same thing in the mainstream media. The people of Venezuela are the ones that should be deciding who rules them. The US has been working with opposition forces there for years.”

The Russian RT network promoted Riley's critique earlier this month, in an article headlined "Rapper who heads 'The Coup' band dropping some Venezuela truth bombs on Twitter." It was especially instructive when Riley was generous enough to say you could critique the Hugo Chavez debacle....from the left: 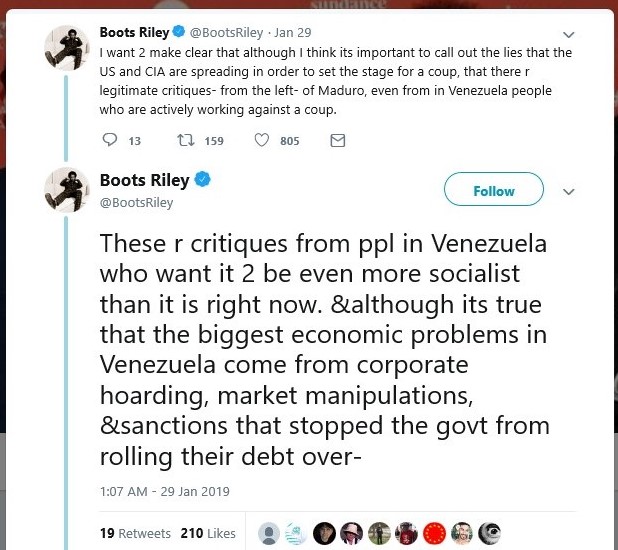 Earlier: Riley's band The Coup uncorked lyrics like "See they tryna break us so they don't have to break bread / 'Cuz Uncle Sam ain't the banker, he's the butcher / We're all on Punk'd with no Ashton Kutcher."

Riley is politically noxious. He refers to this country as the "United Snakes," believes that "the American flag…stands for oppression, slavery, and murder," and asserts that before the state-controlled economic system he desires is achieved, "there’s going to be a fight from the people who traditionally maintain profits, and it’s not only going to be a fight of words…It’s going to be a fight where people are attacked."

A year ago, Riley intended the cover for "Party Music" to depict him setting off an explosion and fire at the World Trade Center as "a metaphor for destroying capitalism – where the music is making capitalist towers blow up." The artwork was shelved in the wake of the September 11 atrocities...