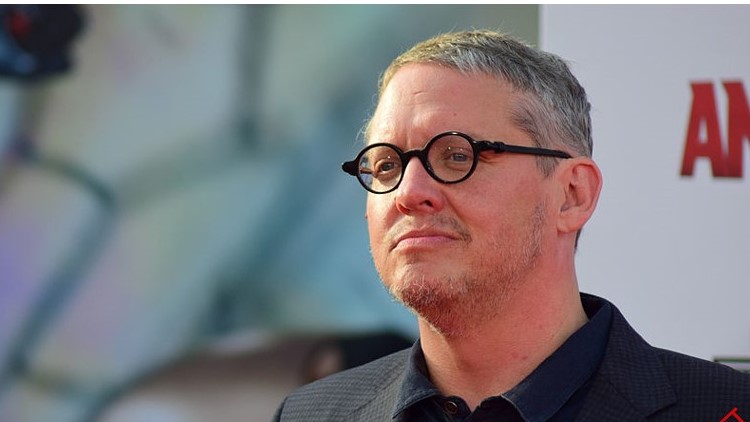 The Washington Post paints itself as Holding Government Accountable, but it still publishes the most embarrassing laudatory dreck supporting its favorite socialist elites. Freelancer Jeff Weiss -- who notoriously polished Bill Maher's "ideology-free" apple for the Post in 2014 -- penned a tribute with the online headline "Adam McKay went from Ron Burgundy to Dick Cheney, and it actually makes perfect sense."

McKay, a former Saturday Night Live head writer who co-wrote and directed Anchorman, has now made a savage movie about Dick Cheney called Vice. The Post tries to underline just how hot this movie is, with all its Golden Globe nominations. This is the funniest contradiction in the Weiss piece.

In a National Review screed against Vice, right-wing firebrand Ben Shapiro claimed that Hollywood’s “leftist contempt” for conservatives led to President Trump. He incorrectly attributes McKay’s critiques to a hardened ideology, rather than a caustic fury that takes widow-making aim at those who abuse power and the public trust.

But wait, McKay IS a democratic socialist. A few paragraphs earlier, Weiss boasted:

At age 50, the card-carrying member of the Los Angeles chapter of the Democratic Socialists of America has not only become one of the industry’s most sought after commercial filmmakers, he’s become an unlikely heir to ’70s political satirist Hal Ashby — or perhaps the answer to the question, what if Mike Myers directed All The President’s Men? And for this, you can blame Public Enemy.

Oh, McKay doesn't have a "hardened ideology" -- but he adores Alexandria Ocasio-Cortez!

Politics is, unsurprisingly, the most obvious force animating McKay at the moment. He singles out Sherrod Brown, Elizabeth Warren and Beto O’ Rourke for praise but reserves his highest admiration for Alexandria Ocasio-Cortez.

“Wherever she’s going, I’m going,” he says. “She’s awesome, and what I’d like to see American government get back to: accountability, transparency and letting people know where you’re taking money from.”

Weiss tries to sidestep the major question that audiences may have about Vice: Is it true? It is fair? Or is it an Oliver Stone-style cinematic smear? Weiss tries to claim McKay is known for "artfully restrained and subtle glimpses" at powerful figures:

Reviews of Vice have been decidedly mixed. Although some have lambasted the whimsical lens it took to Cheney’s life, it’s quite clearly a deliberate stylistic bent. In his direction of the pilot episode of the stellar HBO drama “Succession” (which McKay and Ferrell executive-produced), McKay demonstrates his versatility, offering an artfully restrained and subtle glimpse into the corrosive effects of power.

The Post's own reliably left-wing movie critic Ann Hornaday found no art in this movie: "Structurally, Vice is a mess, zigging here and zagging there, never knowing quite when to end, and when it finally does, leaving few penetrating or genuinely illuminating ideas to ponder."

PS: Weiss is such a socialist he posted a happy picture of himself posed with statues of his heroes Karl Marx and Friedrich Engels at the Marx-Engels forum in Berlin, created under the East German communist regime: 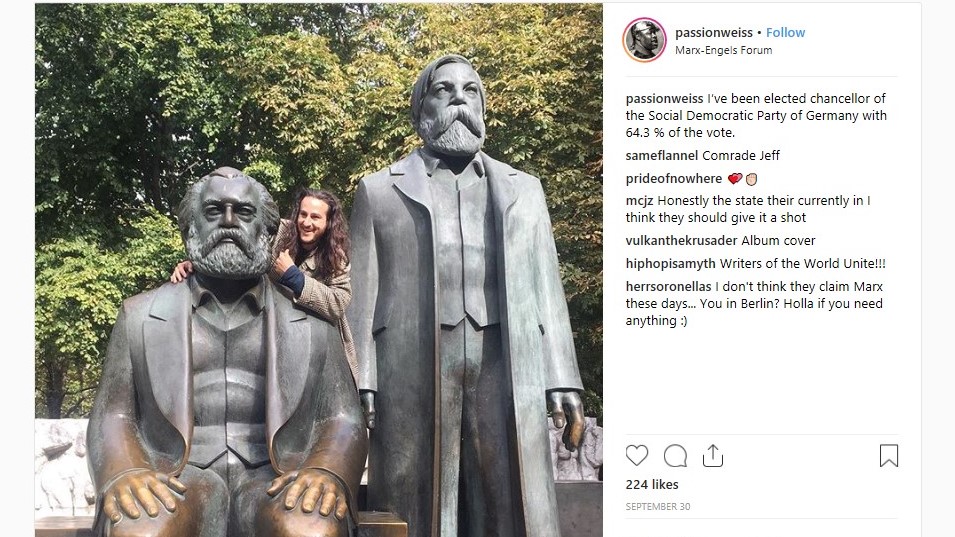