On Friday's night's All Things Considered, the Week in Politics segment began by pushing the theme that the Republican rhetoric about "mobs" is all wrong, and will harm them in the midterms. NPR anchor Ailsa Chang brought no context about protesters mobbing the front door of the Supreme Court, or screaming Sen. Ted Cruz and his wife out of a restaurant. She said the "mob" has a lot of women in it, so the M-word is damaging. 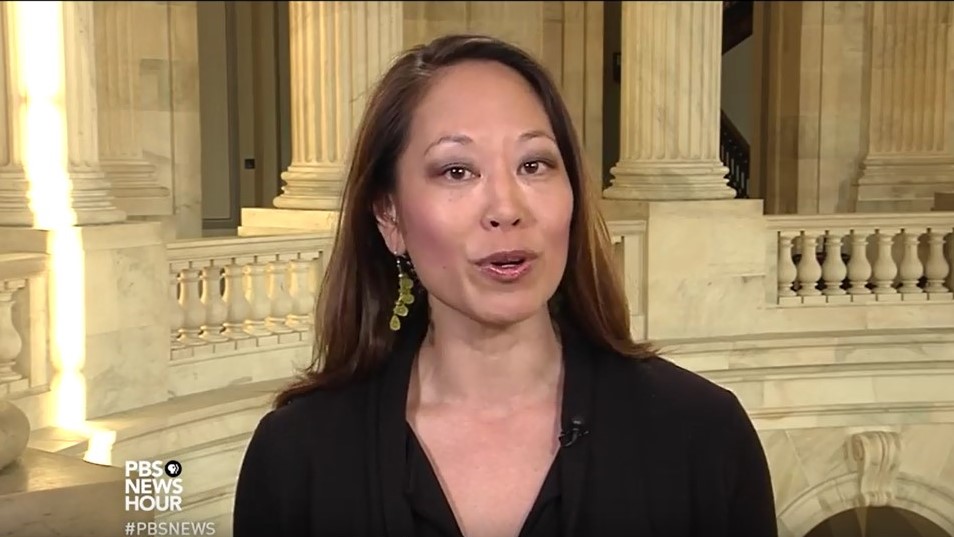 AILSA CHANG: But, David, I mean, the use of this word mob -- a lot of the protesters these Republicans are referring to are women. Could describing women's response to all of this as moblike backfire for Republicans among women voters this midterm election?

BROOKS: First of all, we live in an age of political polarization or what they call negative polarization, which means you don't particularly have to like your own party. You just have to really hate the other one. So the crucial issue is, are you appalled? Do you feel appalled at this moment? And that's what motivates people to get active and to go to the polls. And Democrats have been appalled pretty steadily for two years. The Republicans had little to be appalled about, but now they feel really appalled.

Here's what's fascinating about Chang's take: when protesters screamed at a woman, Homeland Security Secretary Kirstjen Nielsen, for daring to eat at a Mexican restaurant, and then two days later, on June 22, on the very day they protested at Nielsen's home in nearby Alexandria, Virginia, screaming "No justice, no sleep" -- the "Week in Politics" segment didn't even mention it. (They did find time to discuss the First Lady's choice of jacket for a visit to the border.)

In fact, a Nexis search of NPR transcripts finds absolutely zero reporting on protesters harassing Nielsen in any venue that week. Pollsters should ask women voters is they support screaming protesters outside a public official's home...if they've ever heard about it.

Chang began by asking her fellow liberal journalist, Karen Tumulty, a Washington Post reporter turned columnist, for the liberal rebuttal that the Tea Party was a "mob." Tumulty wrote a column titled "Republicans used to love the sound of an angry mob." Does anyone remember Tea Party protesters screaming at a Cabinet official's house?

CHANG: Mob rule - Karen, was this some sort of coordinated strategy this week - you think several Republicans who just happened to choose the word mob?

TUMULTY: Well, I think they've decided this is a good talking point. Of course it wasn't all that long ago that the sound of, you know, angry protesters was actually music to Republican ears back when it was the Tea Party protesters...

TUMULTY: ...Who were making it impossible for members of Congress to go to their own town halls without a police escort. And of course we have a president in the White House who has on a regular basis encouraged people at his own rallies to inflict violence on protesters there.

Trump has made references to punching people. But the clips are usually from 2016. Remember how the liberals tried to create chaos and disorder at Trump rallies? No?