The long-running (and long-slanted) PBS documentary series Frontline returned to the airwaves on October 11 with a program aggressively titled “War on the EPA.” Everything about this production fits a conservative’s definition of “fake news.” 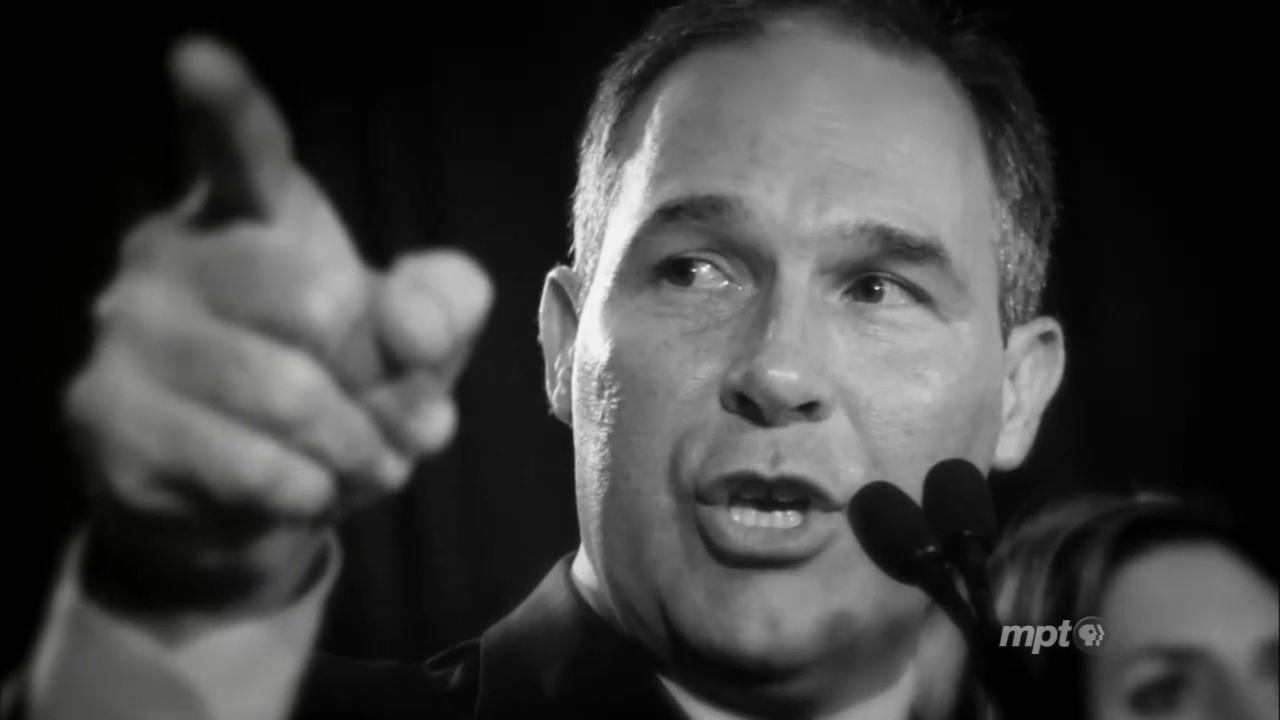 Just start with the title. How can Donald Trump or Scott Pruitt wage “war” on the Environmental Protection Agency when the voters gave them authority over it? “Frontline” isn’t making “news” here. It’s constructing a program-length political advertisement. When they did an hour on Vice President Dick Cheney in 2006, they titled it “The Dark Side.” We could call it “War on Dick Cheney.” It’s also similar to a Frontline episode in may titled “Bannon’s War.”

What makes it “fake” is the notion that this is in any way an objective presentation of facts, instead of a propagandistic presentation meant to beat your skull into submission. There can be facts mustered, but they are all neatly arranged into a leftist narrative.

What the Frontline producers are suggesting in their title is that the EPA is somehow the permanent territory of the environmental extremists on the Left. This makes sense coming from PBS, which considers itself the permanent territory of the Left….even though it’s supposed to be part of a democratically elected government and takes taxpayer money from voters of all persuasions.

The villain of the piece was Pruitt and the fossil-fuel lobbyists he defended against the regulators. The hero was Barack Obama. In the first minutes, PBS replayed audio of a liberal news anchor proclaiming “President Trump getting ready to take a major swipe at former President Barack Obama’s legacy on climate change.” Narrator Will Lyman added Trump was “undoing one of President Obama’s signature achievements in the fight on climate change: the Clean Power Plan.”

The theme of this long-winded commercial is established by liberal windbag Jane Mayer of The New Yorker later in the hour: "What you see now in the Trump administration is the triumph of the anti-environmental movement. They are now in control of the government and in control of the regulatory process in a kind of a brazen way we haven't seen before."

It’s “brazen”….that they were elected? That’s what put them in control. But PBS selected and included Mayer so they could have a media expert warn “really radical things are happening there, and people aren’t paying attention.”

Narrator Will Lyman read the script that Pruitt had help from Sen. James Inhofe, “the Senate’s leading climate denier.”

This is again, fake news from the moment it escapes their fancy mouths. Conservatives aren't against the environment. They don’t hate the planet they live on, or the air they breathe. They don’t deny that Earth has a climate. They don’t even deny that climate changes over time. These are cartoonish terms.

Here’s how PBS themselves acted like deniers. They couldn’t find time in an hour-long broadcast to air footage of Barack Obama and Hillary Clinton promising to make coal prices and skyrocket and put coal miners out of work. They then put on a former Cato Institute fellow, Jerry Taylor, to insist the “conservative narrative” of a war on coal “was disconnected from reality.” It’s easier to make that sound unreal when you throw the evidence in a dumpster.

Facts lose to emotions. PBS also turned to New York Times reporter Eric Lipton, who describes his disgust at Scott Pruitt’s office decorations of Old West sheriffs at his old Attorney General’s office in Oklahoma. "When I first got to his office, there were these large paintings on the wall," Lipton said. "It just struck me that this was the real Wild West, that we will dispense our own justice."

This is kind of a bizarre sentence, since the scandal of Obama's "Clean Power Plan" is that he implemented "his own justice" by executive order and without Congress and found it stopped by the courts.

Liberals are in such denial about what this kind of “journalism” factory produces. If Fox News made a documentary called “War on Coal Miners” and piled it up with journalists calling Obama “radical” and “brazen” and “disconnected from reality,” wouldn’t they suggest this was a partisan production? Yes, they would. But when it comes to themselves, they’re bias deniers. And Fox News doesn’t get a dime from the taxpayers.

PS: Liz Harrington at the Washington Free Beacon pointed out that funding for this hour came from the Kendeda Fund, a very interested party:

The documentary received major funding from Kendeda, which in turn has donated to many liberal groups that lobby for climate change regulations. On its website, Kendeda encourages "activism that promotes solutions to the social and equity challenges caused by climate change."