CNN’s Tom Kludt reported “the booking is a coup” – CBS Sunday Morning host Jane Pauley will get the first TV interview with Hillary Clinton since her defeat at Trump’s hands in 2016, airing Sunday. Then Kludt noted CBS owns Hillary’s publisher Simon & Schuster, so there’s really no “coup” there at all.

But the synergy is also strong between Hillary and Jane Pauley. In fact, 25 years ago today – on September 8, 1992 – Pauley uncorked one of the soggiest interviews ever with Mrs. Clinton, on Dateline NBC shortly after that year’s Republican convention. It's amazing that CNN and other liberal outlets mock Fox & Friends as a hopelessly syrupy propaganda outlet, and can't see Jane Pauley should dress up like "the Help" when she does Hillary interviews.

Pauley also gushed all over Hillary for CBS, in a June 2014 interview on Sunday Morning, as Brent Baker reported at the time. Pauley included four of Hillary’s Wellesley classmates/buddies who all said Hillary seemed like presidential timber when they went to school in the Sixties. She didn't ask Hillary how she could win after getting thumped by Obama in 2008. She asked what other woman could possibly succeed like she could, and shamed America that we hadn't elected a (liberal) woman yet:

JANE PAULEY: I didn’t deliberately print this list in big font so it would cover two pages. I did it so I would be able to see it, even with my reading glasses.

PAULEY: I was stunned. It takes two pages to cover the list of countries that have already had a woman leader.

CLINTON: And some more than once.

Back at the reunion, some of Clinton’s Wellesley friends have been waiting since graduation.
....

PAULEY: If not you, who? Who is the viable woman of either party who could win a primary nomination in 2016 if not you?

CLINTON: Well, I think there are a number of qualified women who are holding office.

CLINTON: But politics is so unpredictable, whoever runs has to recognize that the American political system is probably the most difficult, even brutal, in the world.

PAULEY: Here is why I think you’re going to run. You quote a poem in that speech. T.S. Eliot. “There’s only” – this is 1969 – “there’s only the trying again and again and again to win again what we’ve lost before.” That 21-year-old girl you were will not take no for an answer -- my prediction.

CLINTON: Well, we’ll see, Jane. We’ll see. There’s a lot of food for thought in that.

Baker also noted that Pauley campaigned door-to-door for Barack Obama in 2008 as she declared “I want to see the cool, steady hand of Barack Obama on that Bible on Inauguration Day” and “Not only could Barack Obama be a good President, he’d be an exceptional one. And I so look forward to it.” She also donated the maximum $2,300 to Obama's campaign. She wasn't employed by a news network that year, but rejoined NBC as a contributor in 2009, and then joined CBS in 2014.

In September of 1998, Pauley helmed a two-hour Dateline NBC special on “The President and The People” defending the Clintons as an impeachment process began. Pauley didn’t interview Hillary, but she endorsed the view held by the willfully blind 11 percent of those polled that Hillary unquestionably accepted Bill’s denials of an affair with Monica Lewinsky. “She had believed his denials and indeed, last January, as she told the Today show’s Matt Lauer, she seemed to take for granted that she shouldn’t believe everything she read in the papers....Then silence. As the investigation turned up the heat on friends and colleagues, even as he testifies under oath before a grand jury, she says nothing. Balancing a threat to her marriage against the assault on his presidency, she does what she does best. She goes to work.”

Lying and denying for more than half a year was presented as a virtue.

That showed a jaw-dropping double standard next to Hillary the week before, who was never asked about her legal work for the failed Madison Guaranty Savings & Loan, whose owners Jim and Susan McDougal were her business partners in a failed real-estate venture called Whitewater. (Both McDougals went to prison during the Clinton presidency, which somehow had nothing to do with the people who made it to the White House.) Here’s a summary of the interview from our 2007 book Whitewash: 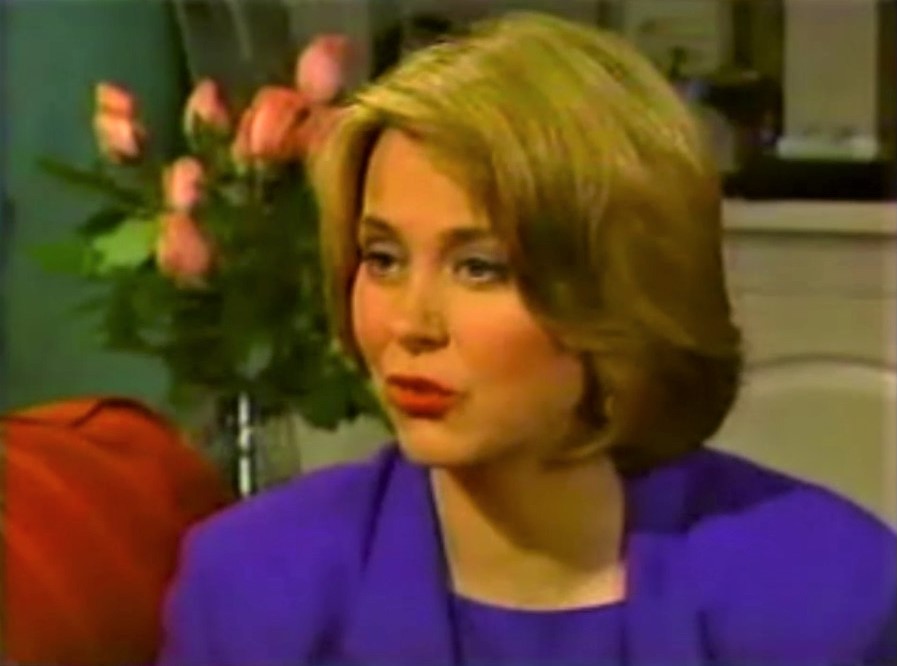 Pauley’s interview was very politely taped at the Governor’s Mansion in Little Rock and carefully edited, and she very politely asked Mrs. Clinton about her nasty Republican opponents. When Pauley asked why she pushed opponents’ hot buttons, she said “I do have opinions, and I state my opinions,” which can be “troubling to people.”

Pauley followed up with these probing questions: “Why you hear yourself held up, as you were a the Republican convention, some people have used the word ‘demonized,’ does it make you hurt? Or make you mad?” “What was the worst things you’ve heard about you,” and “What was the grossest distortion of your record?”

And then there was the softball that deserves its own plaque in Cooperstown: “Before Governor Clinton declared for the presidency, you prepared Chelsea [then 12]. Bad things may be said about Daddy. Was Chelsea prepared for bad things being said about Mommy?” Hillary smacked that softball over the fence, replaying that she told Chelsea their opponents were so despearte they might start attacking Chelsea, or “maybe go after our cat.”

Pauley seemed so impressed by how courageously Hillary was representing her and all women of the baby-boom generation that she had no time to ask a specific question about anything Hillary had done in representing S&L thieves. The closest she came to the Whitewater issues was asking whether Hillary would “cede the moral high ground” to Marilyn Quayle, since Mrs. Quayle had set her legal career aside for her husband.

Hillary gave the rote answer that all women should be honored for their choices, and that in her own life, she’d avoided the tendency for women to think “we’ve got to do everything absolutely perfectly.” Pauley melted. “What do you not do perfectly?” she cooed, to which Hillary joked, “Oh! I could give you a long list, but I won’t. Why would I disillusion you like that?”