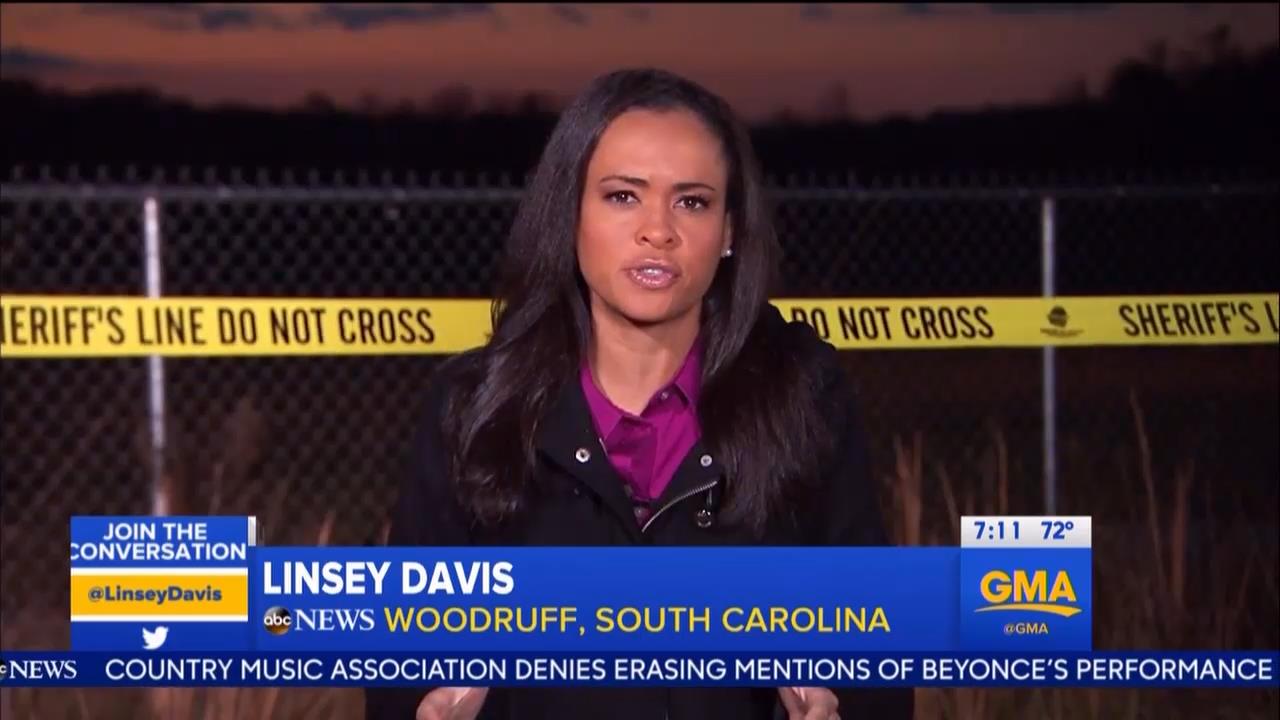 CNN media reporter Dylan Byers relayed that ABC News was caught putting a reporter in front of its own fake yellow police tape on Friday's Good Morning America, according to a photograph obtained by CNN.

Davis solemnly told George Stephanopoulos a massive search was under way for as many as four dead bodies at the scene.

ABC News correspondent Linsey Davis stood in a field in Woodruff, South Carolina, and relayed the gruesome details of how a 30-year-old woman had been held captive in a storage container allegedly by a registered sex offender.

Behind her, yellow police tape with the words "SHERIFF'S LINE DO NOT CROSS" flapped in the wind, indicating the scene of the crime.

In fact, the police tape was tied to ABC News' own equipment just off-camera, a photograph obtained by CNNMoney shows. Sources with knowledge of the matter say the tape was placed there by ABC News for the purpose of its inclusion in the live shot.

The photograph, sent by an anonymous source, shows the tape running no more than 30 feet and tied to camera stands at both sides. In Davis' segment, which was broadcast on ABC's Good Morning America, it is impossible to tell where the tape ends. 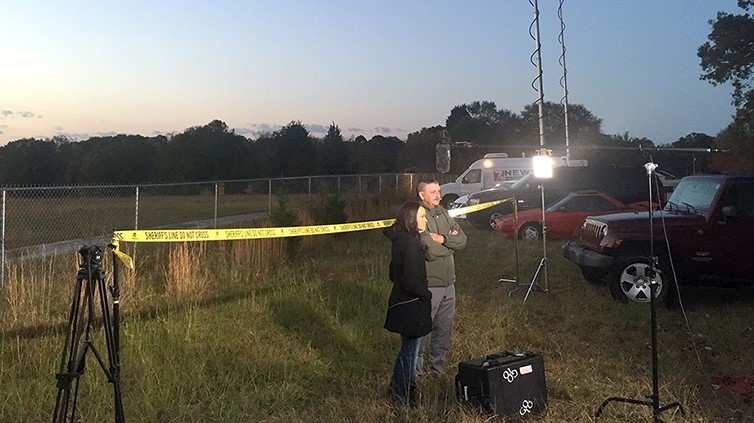 ABC spokesman Julie Townsend insisted to CNN this scheme was "completely unacceptable and fails to meet the standards of ABC News...As soon as it was brought to our attention, we decided to take the producer out of the field, and we're investigating further."

In April, ABC News producer David Fazekas created a fake reservation list for a segment about a restaurant in upstate New York that was thought to be among the most exclusive in the world.

Fazekas later told The New Yorker that the chef "wouldn't let us see his actual list, so I wrote it myself—like a reenactment in a documentary."

Oops. But veterans will recall ABC being caught at this in the past as well. I think of the pointlessly doctored Cokie Roberts shot the night after President Clinton's State of the Union speech in 1994. ABC anchorman Peter Jennings introduced Roberts, wearing a coat, appearing in front of what looked like the Capitol. But without the knowledge of network viewers, she was actually inside the ABC News Washington bureau near the White  House with a photographic image of the Capitol projected behind her.