ABC’s Good Morning America spent four minutes on Tuesday morning promoting a new birth-control app where doctors can dispense contraceptives without a face-to-face visit. ABC even promoted it for what’s controversial about it.

Co-host Lara Spencer began: "But right now –  the way girls as young as 13 may be getting the pill. The New York Times reporting it is happening with new apps and websites.” Reporter Linsey Davis focused on the convenience:

DAVIS: For many, visiting a doctor for a prescription can be time consuming and sometimes costly. For some women like 21-year-old Sarah Montoya, apps like this can be extremely helpful.

SARAH MONTOYA: It makes communicating with a doctor much easier than actually going to an office being able to chat with them in a way that's comfortable in a way that's not so intimidating.

Women fill out some forms and then talk through the service with a doctor, who then prescribes the contraceptives. ABC then brought on an expert to say all this is “really wonderful” and empowering for women:

LARA SPENCER: Joining us from Los Angeles is ob/gyn Dr. Lisa Masterson host of the podcast "Health In Heels." So Lisa, what do you think are the best benefits to this technology?

LISA MASTERSON:  I think it’s great. This technology is really wonderful for women. It empowers them and lets them take control of their bodies and their reproductive health. It’s really good. It makes it so much more convenient for them. But women have to realize it's still not the standard of care. Still not the gold standard because you really want to consult with a physician because there's many risks and benefits and they need to know about it. The convenience is great. If we can decrease that number of unintended pregnancies that is enormous. So that’s very huge. It has great potential for empowerment and decreasing unintended pregnancies.

SPENCER: I completely agree, although people do need to understand there are side effects and seeing that doctor in person, it really drives that point home, wouldn't you agree?

MASTERSON:  Oh, absolutely and also the counseling that you get for, you know, for sexually transmitted infections – really, really important. That's one of the things that isn't on a lot of these websites is they talk about the contraception and they have you fill out a questionnaire but they don't tell you, again, this isn't going to protect you against sexually transmitted diseases and it’s much better than black-market birth control pills, which uou do know what they are or if they're expired, so you really have to vet the site and know where you’re going.

The worst part came when Spencer actually turned to the idea of seventh graders getting birth-control pills without parental consent. Dr. Masterson didn’t talk about the parents for one second. She only focused on how sexually active seventh-graders would be smarter (when circumventing their parents) to see a doctor face-to-face and get the whole sermon about using condoms for the complete “safe sex” experience: 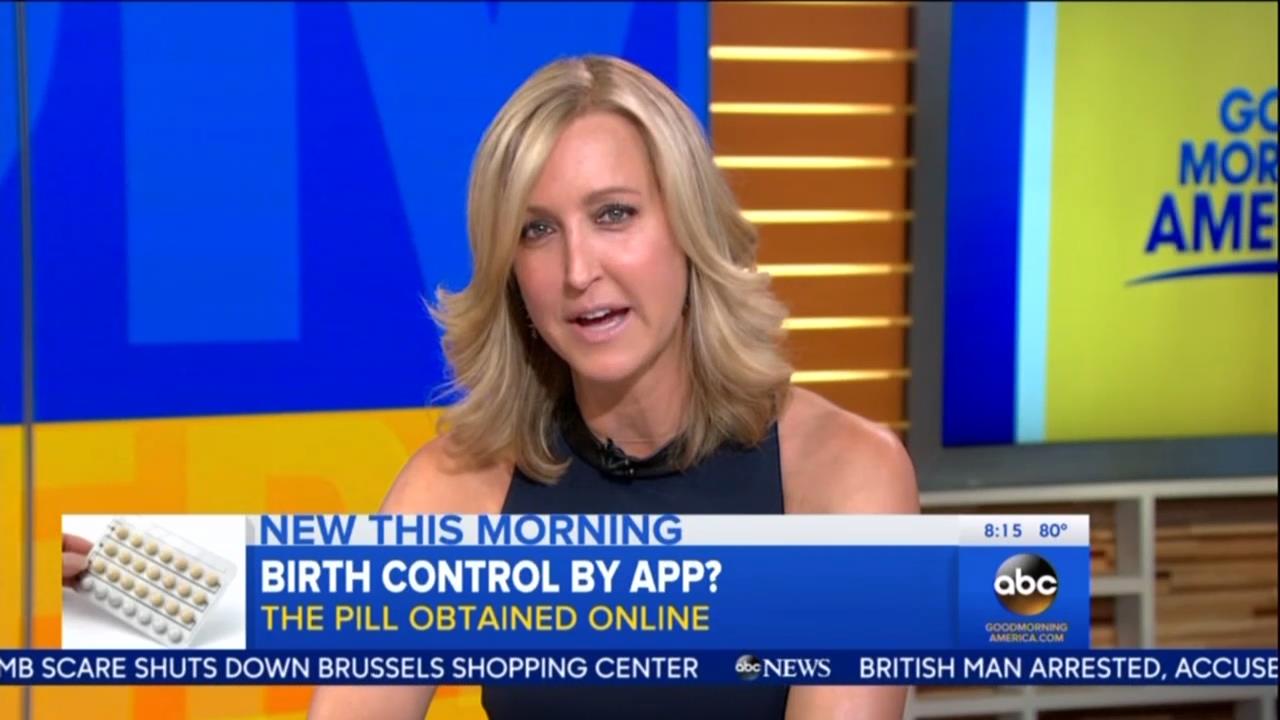 SPENCER:  What about the possibility of kids, young kids as young as 13 being able to circumvent their parents to get birth control? Does that concern you?

MASTERSON: It does concern me. It's really controversial. It’s really important that these young girls, if they're going on these sites, they're thinking about having sex. And so they do need contraception. But the thing is they are the group that would really benefit the most from the counseling, from knowing that you have to also use STD protection, condoms and really getting that counseling so even though this group, they really feel uncomfortable seeing doctors so they would really benefit from the convenience and the support,  they also really need to consult with a doctor.

SPENCER: Not to mention all of the emotional impact, all right, Dr. Lisa Masterson, we thank you very much. A lot of questions on this topic.

This is what liberals do. There's no such thing as "too young for sex," just the danger of not getting enough counseling and support. There's no real worry about "parental consent," because no child really cares about that anyway.