David Brooks, the fake conservative half of public broadcasting on Friday – the one day they pretend to let conservatives on the taxpayer-funded airwaves – forecast on Friday's All Things Considered on NPR that Donald Trump has done one positive thing – destroyed the “dying husk” of obsolete Reaganism in the Republican Party. Naturally, his liberal radio counterpart E.J. Dionne agreed, hoping for a more liberal, domesticated GOP.

CORNISH: Not a lot of time left here, but, David, I do want to bring up - you're already talking about the post-Trump party, and somehow with optimism, which surprises me, given what you've just said.

BROOKS: Yeah, I'm seeking optimism, despite all the evidence. (LAUGHTER) 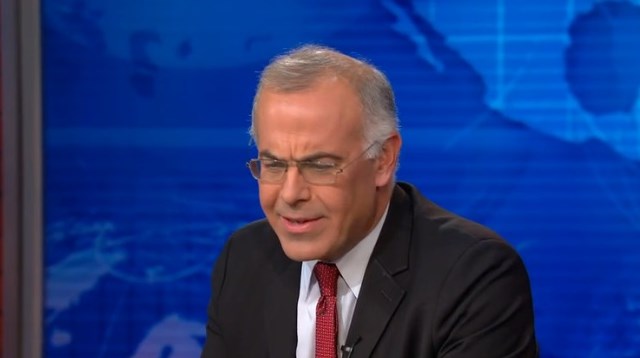 BROOKS: And the argument is that the Republican Party was, for many years, the Reagan party. And for some years in the 1980s, that was fine. But the ideology became increasingly obsolete. And what Trump has done is he's destroyed the remnants of it.

And after Trump loses, which I trust he will, then there'll be time for rebirth and a revolutionary phase where you have multiple interpretations about what the Republican Party can be, but it won't be going back to the obsolete Reagan ideology. It will have to be something new because Donald Trump has exposed it for being a shell of what it formally was. His only virtue is that he's destroyed a dying husk, but something creative and something new and maybe something exciting will come in its stead.

CORNISH: E.J., you've been writing a lot about how conservatives need to change to avoid crisis, but what do you make of what David's saying? And how does this affect Democrats?

DIONNE: Well, I just wrote a book basically arguing that conservatives, if they wanted to avoid a crisis like this, needed to change and needed to find a more moderate approach that they've lost over all these years. I'd like to think David is right that this crisis will lead them back to not only a more moderate conservatism, but a conservatism more relevant to 2016 and not 1980 or 1964, where they keep looking backward.

This is not to say Brooks would ever support Trump – earlier, he insisted “He just can't be supported because of the ways he violates things that are more important than politics right now.” Brooks donates to the Democrats at the office every week, pretending to be a Republican as he says things that tickle the ears of NPR and PBS fans.

Brooks even sounded like a liberal on terrorism, which used to be the one issue where he might sound a bit to the right of the NPR/PBS socialist consensus. Not on Friday, when there was Ted Cruz to slash:

CORNISH: David, this is her third foreign policy speech, actually. Get the sense that she considers this a strength? Should she?

BROOKS: Yeah, I think her speech was quite good. I thought Kasich and Sanders were fine. The story to me is Cruz. I have been so repulsed by Donald Trump I've forgotten how ugly Ted Cruz can be. And his approach of policing Islamic neighborhoods is about as stupid as it's possible to be.

Terrorism is not produced by Islam. It's produced by feelings of alienation, a feeling that you're being discriminated against, the target of ethnic cleansing or ethnic profiling. And Ted Cruz's line is the exact thing that causes terrorism. And its' - the only saving grace is it's impossible to believe that he actually believes what he says. He's just willing to say anything to sound like Donald Trump and win the office.

Did “ethnic profiling” cause 9-11? That would be a novel argument.