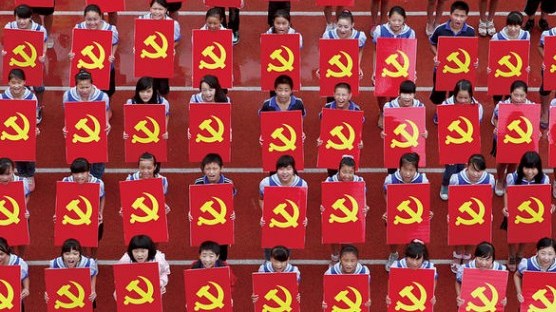 On Thursday’s Morning Edition, National Public Radio touted listening to “voices from around the world” and how they think about the American presidential election. They picked communist China, where a woman lectured the NPR audience that Donald Trump’s statements against immigration are “in conflict with American values.”

Actually, it might be argued that a government-funded broadcasting system with an excessive fondness for statism is in conflict with American values.

Reporter Frank Langfitt started with a man named Jerry Cong announcing (through an interpreter) "I probably won't support Hillary because she opposes China's position on the South China Sea. I am Chinese, of course, so I think a milder and more moderate U.S. president will be better. After all, nobody wants to go to war.” Well, you can't vote for Hillary any way. Only liberals want the entire world to vote for America's president.

Then Langfitt turned to “Beijing secretary” Lucy Sang, who “says Trump's harsh talk will only alienate people around the world.”

LUCY SANG: (Through interpreter) I saw some extreme anti-Muslim and anti-Mexican-immigrant speeches by Trump. Since the U.S. says it's a free and democratic country, it should tolerate everything. I feel what he said is in conflict with American values.

The United States "says" it's free and democratic, lectures the citizen of Red China. Then Langfitt turned to Rosemary Gong, who said the communist regime would prefer Trump:

FRANK LANGFITT: Rosemary Gong works in e-commerce in Beijing. She supports Hillary Clinton but thinks the Chinese government would like Trump better because he's a pragmatic businessman.

ROSEMARY GONG: They're going to prefer Trump because Trump, he doesn't have principles. That means they can make deals.

Langfitt concluded by telling Americans that they really needed to care about Chinese opinion: “China's relationship with the U.S. is its most important of the planet. So tens of millions of Chinese will be watching to see who ends up in the White House next. Frank Langfitt, NPR News, Shanghai.”