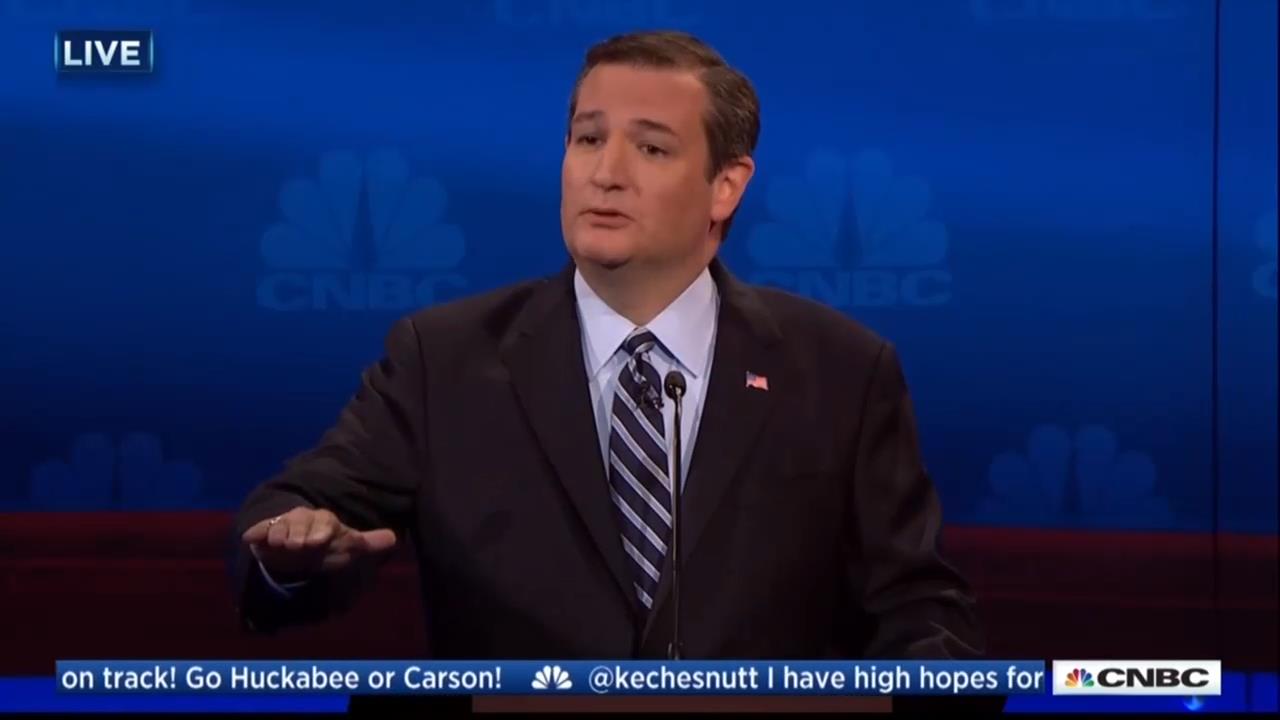 “They illustrate why the American people don’t trust the media and why we have to take back the debate if we want to win,” read a “Fire the Media” email signed by Cruz. “We shouldn’t be trying to get people to tear into each other. We should be getting to the heart of the issues.”

Whereas Ted Cruz has formally declared war against the people of the mainstream (or lamestream or liberal) media of the United States of America:

Therefore, be it Resolved by the Secret Cabal of Liberal Media Overlords that the state of war between the media and Ted Cruz, which has thus been thrust upon the media by Ted Cruz being a total jerk, is hereby formally declared. Rex Huppke, as a representative of the media, is hereby authorized and directed to employ the entire forces available to the media, including but not limited to: pens that can be waved in a menacing manner; paper-cut inducing notepads; barrels of ink; and limitless Internet space, to carry on war against Ted Cruz and to bring the conflict to a successful termination.

Strap on your boots, Teddy boy. We’re comin’ for ya now. And we’ve got the weapon you fear the most: the truth.

Debate changes requested by GOP candidates: - not televised - moderated by Reagan - no questions - Hannity in green room for snuggling

My favorite part of the Bible is where Jesus gives money to the rich, tells the poor to suck it up and asks for Caesar's birth certificate.