The liberal media is on high alert for “transphobia,” especially when it comes to Bruce Jenner. No one is allowed to joke he’s still a male with male body parts. That’s doubly true for anyone in the entertainment industry, so you can imagine the reaction when rapper Eminem did a rap about tucking the bulge. 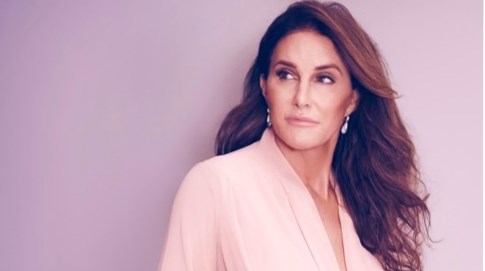 Rapper Eminem, whose lyrics have tended to court controversy over the course of his career, performed a freestyle rap on Thursday's Sway in the Morning show that contained a transphobic slur against Caitlyn Jenner.

“I invented prick, and that’s a true statement, I see the (expletive) in you, Caitlyn / Keep the pistol tucked like Bruce Jenner’s (expletive),” he rapped. After pausing he also added: “No disrespect though, not at all, no pun intended, that took a lot of balls.”

The deleted expletives were a B-word and a D-word for the bulge.

Entertainment Weekly had “Eminem freestyles transphobic slur against Caitlyn Jenner.” The liberals at Mic.com were especially angry: “Forever the Asshole, Eminem Attacks Caitlyn Jenner In New Freestyle.” Tom Barnes wrote: "It seems when their careers are ailing, sick men don't stray from the hate they know....where Jenner will thrive and continue to make the trans struggle visible and human, Eminem will fade into obscurity — a perpetual reminder of how ugly the early 2000s could be."

In Friday’s actual paper, USA Today gushed over Jenner’s new reality show “I Am Cait” in two separate articles before its Sunday premiere. On the front of the Life section, an article was headlined “Jenner’s publicity team has worked media magic.” (Alternative headline: “You had me at hello.”) Reporter Andrea Mandell explained the phenomenon she obsequiously joined:

With the help of power publicist Alan Nierob, whom Variety dubbed "the secret mastermind" behind Jenner's transformation, she has mounted a stunningly orchestrated media campaign.

The Jenner takeover began in April, when Caitlyn gave an exclusive interview to ABC's Diane Sawyer on 20/20, snaring more than 17 million viewers. Then the Olympian posed in a corset for Annie Leibovitz as Vanity Fair's July cover girl, and set a new record - four hours and three minutes - for reaching 1 million followers on Twitter, besting President Barack Obama ) and Robert Downey Jr. (She now has 2.68 million).

On page two of the front section came an editorial headlined “Caitlyn Jenner helped me to love me.” Carey Mahoney is a digital producer at USA Today who found Jenner inspirational as he came out as bisexual. “Few things hurt more that someone invalidating a natural part of you. Especially when you’ve spent years invalidating it yourself.”

It's always interesting to discuss someone denying their own body parts described as "natural."

In watching her be so open about her story, I saw something: A person, just like me or you, who decided to keep going.

She ended the lie she'd lived for decades to free herself from intense emotional pain and to help others free themselves, too.

Caitlyn, you've succeeded. Even though our journeys are different, I couldn't be more grateful, as a member of the LGBT community and as a human being.