The Media: Lemmings on Parade 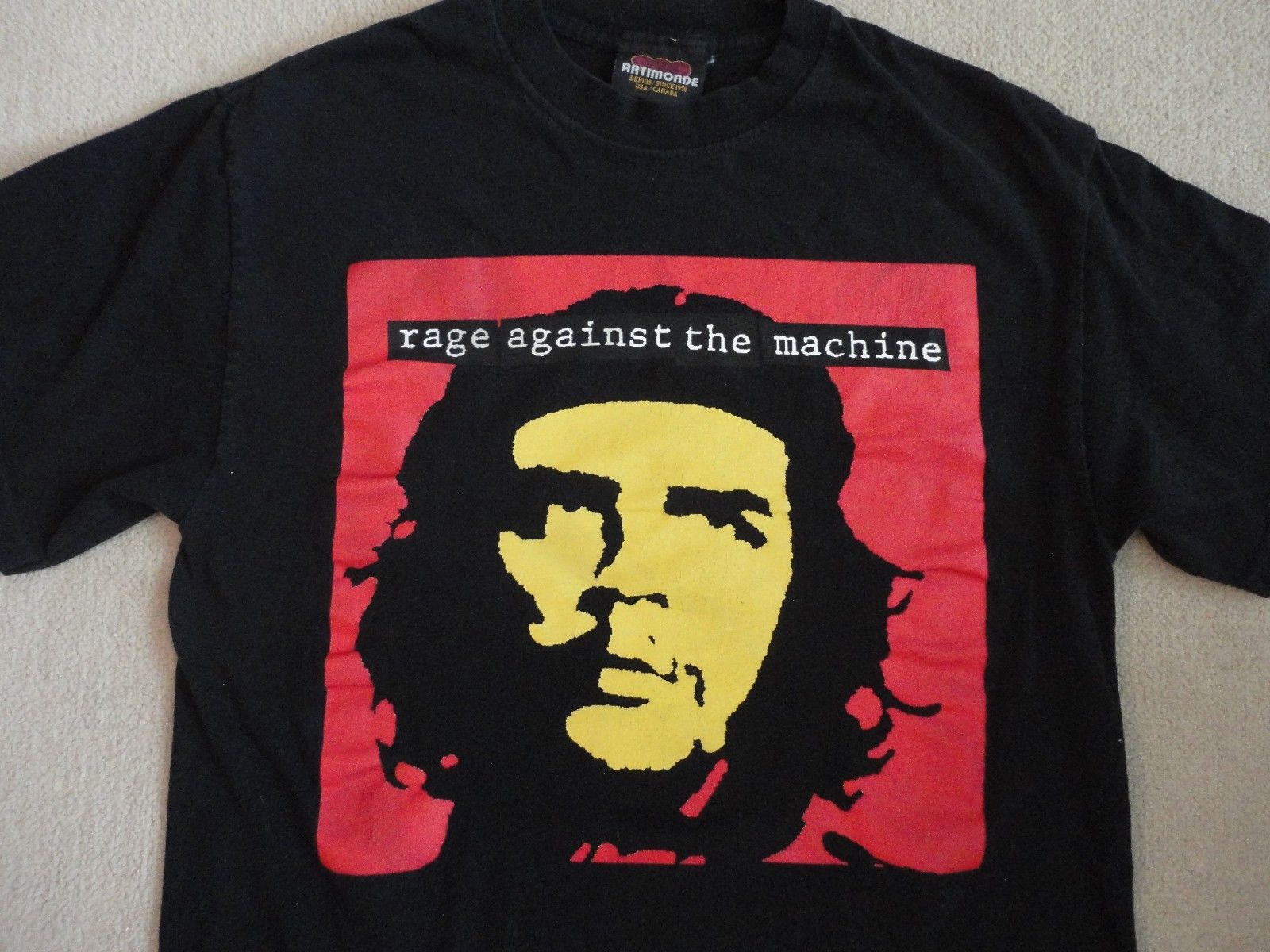 Rap metal band Rage Against the Machine is known for, amongst other things, playing nigh every show in front of a giant banner of Communist mass murderer Che Guevara.  This is no accident: “‘We've considered Che a fifth band member for a long time now,’ gushed (guitarist) Tom Morello, ‘for the simple reason that he exemplifies the integrity and revolutionary ideals to which we aspire.’”

Flashback to 2002 and another musician (who actually sings) - Toby Keith.  The country star had - partly in response to the September 11th, 2001 Islamist attacks on our nation - written the massive hit “Courtesy of the Red, White and Blue.”

A very patriotic song - that admittedly has some brusque lyrics: “Justice will be served and the battle will rage - This big dog will fight when you rattle his cage - And you'll be sorry that you messed with - The U.S. of A. - ‘Cause we'll put a boot in your ass - It’s the American way.”

Keith’s song peaked at #1 on 2002 Independence Day weekend.  Good timing: the American Broadcasting Company (ABC) was putting on an Independence Day concert - and had invited Keith to perform.

Yes - who wants patriotism on Independence Day? Media bias…is not a new thing.

One of Rage Against the Machine’s big hits was “Bulls on Parade.”  Were anyone to pen a tune about the media - “Lemmings on Parade” as a title would eminently work.

To wit: The latest wave of “news” “reports” on the ridiculous huge government Internet takeover that is Network Neutrality.

The Donald Trump Administration is rightly ridding us of this nonsense.  Canada is running headlong into government-regulation oblivion.

Shocker: The media are all marching joyously off the power grab cliff.  Decrying Trump - and praising Canada.  Like the good little lemmings they are.

As US Prepares to Gut Net Neutrality Rules, Canada Strengthens Them

Canada Protects Net Neutrality As U.S. Prepares to Dismantle It

What the U.S. Can Learn from Canada’s Internet Policy

Obviously, the media is sorely displeased with the dichotomy.  And with Trump’s deregulatory direction.

The “Tech Execs” is question - are Internet “edge providers.”  People who use Internet broadband - not provide it.  And under Net Neutrality - they get government-mandated unlimited, totally free broadband.

Paid for by us - in the form of MUCH higher monthly fees.  Because there are only two gaggles Internet Service Providers (ISPs) can charge: the “edge providers” - and We the Consumers.

So of course the bandwidth hog likes of Google, Netflix and Facebook want Net Neutrality.

And because it begets MUCH more government - so do the media.

The media, meanwhile, LOVE what Canada is doing.

Get that?  Eeeee-vil ISPs are choosing to give We the Consumers free, unlimited music streaming.  Meaning we can listen all we want - without paying for it, without it counting against our data allotment.

And Net Neutrality - allegedly a pro-consumer regulation, championed by Leftist allegedly pro-consumer groups - prohibits ISPs from choosing to give We the Consumers free, unlimited data.

And the media are cheering on that outcome.

The award for Understated Headline goes to:

And the award for Accidentally Almost True Headline goes to:

Exactly for what the media continue to push. In their lemming drive - off the huge-government-bias cliff.