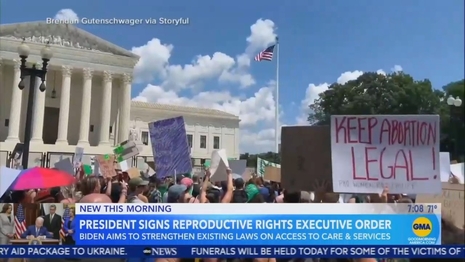 Last Friday, a radical pro-abortion group offered a location bounty on the whereabouts of conservative Supreme Court Justices. Yet despite the fire bombings and threats against pro-life organizations, the networks have so far ignored it. Instead, all weekend, they promoted pro-abortion rallies and an executive order from Joe Biden.

On Friday morning, Shutdown DC, a group that organizes for “justice,” put out an informational bounty on the location of the conservatives on the Court: 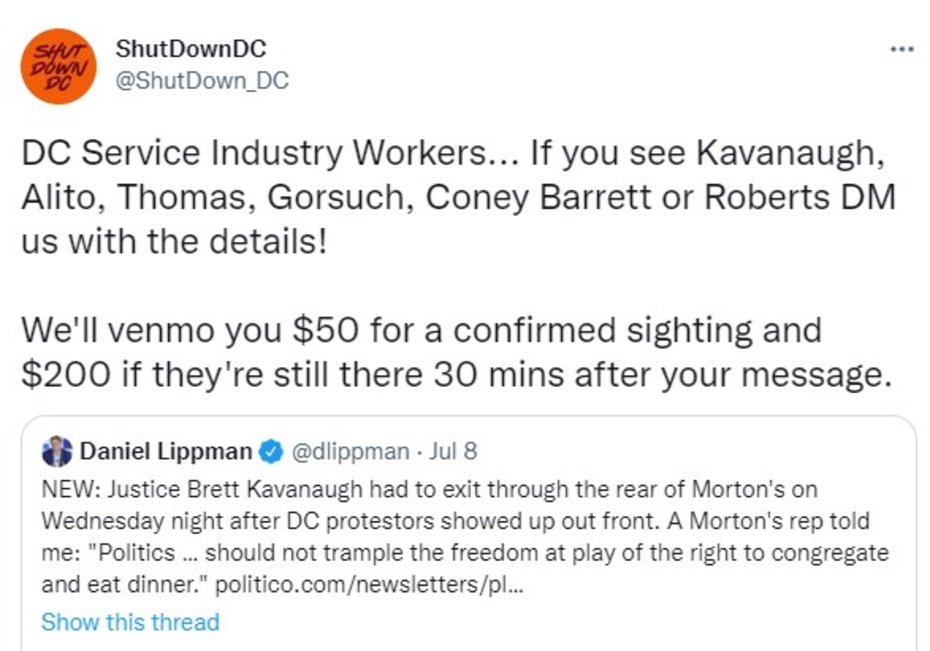 As Fox News explained on Friday, “Twitter prohibits any user from encouraging or calling for others to harass an individual or group of people, according to its rules and policies document.” Yet somehow this tweet is still up, three days later.

The tweet came in the wake of Brett Kavanaugh being harassed and forced to leave a steak restaurant last week. But on Friday night, the ABC, CBS and NBC evening newscasts devoted eight minutes and nine seconds to the Supreme Court. Not a single mention to this escalating threat.

Instead, Evening News journalist Robert Costa pressed the Vice President on whether the conservatives on the Court should be impeached:

Some senators have suggested that justice Gorsuch, Justice Kavanaugh misled them during the confirmation hearings on Roe V. Wade. Some Democrats have even called for those justices to be impeached. Do you believe they should be impeached?

NBC Nightly News reporter Kelly O’Donnell wasn’t interested in threats against the justices. Instead, she focused on whether Joe Biden was doing enough:

Under pressure from angry Democrats impatient with the administration over abortion rights, the President today signed an executive order. The White House makes clear it's only a small step. While the President's ability to act is narrow, he turned up his direct attacks on the court's conservative majority.

World News Tonight’s Whit Johnson ignored the danger justices could be in and focused on pressuring Democrats to do more to protect abortion: “The President blasting the majority decision, calling the Supreme Court out of control. With nearly all abortions now ceased in 14 states, the White House is under growing pressure to protect abortion rights.”

This shouldn’t be a surprise, sadly. These same networks in June refused to say the name of the terrorist group Jane’s revenge, a radical pro-abortion organization that is behind fire bombings and arson attacks against pro-life organizations.