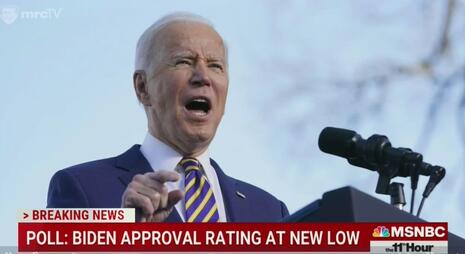 If journalists and networks want to demonstrate any honesty, this should be a BIG story. Trump was hit with relentlessly antagonistic coverage, often surpassing 90 percent negative.

Biden, on the other hand, enjoyed worshipful media reporting, both in the campaign and during his first year. On Inauguration Day 2021, the networks proclaimed him “Lincoln,” ready to “hug” and heal the nation. 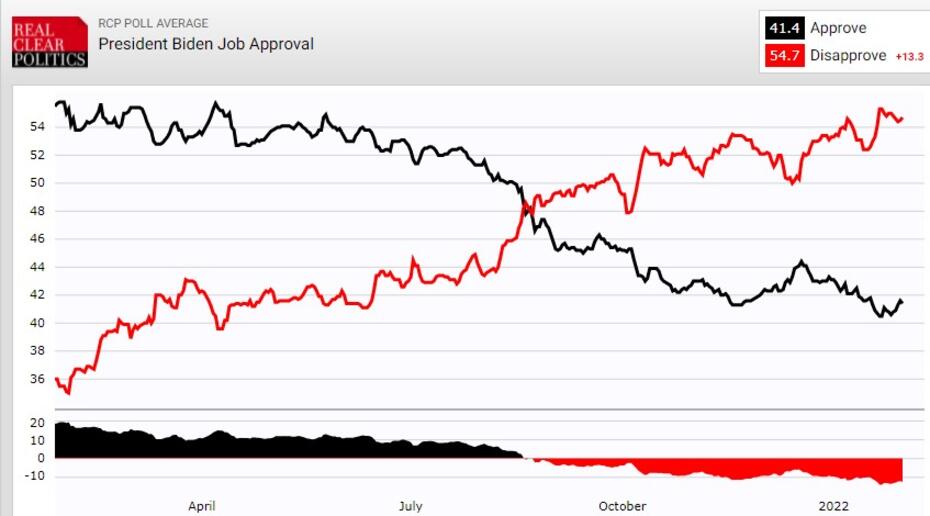 As Biden’s presidency crumbled, it became less realistic for the networks to ignore reality and pretend that Biden is popular So, they didn’t try. However, while much of the coverage now acknowledges things aren’t going well, they still downplay or ignore the most explicitly bad numbers for Biden.

For instance, on January 12, Quinnipiac, a respected mainstream polling outlet, found the president at a shockingly low 33 percent. But all three networks on January 13 skipped it. It was up to MSNBC, of all places, where host Stephanie Ruhle conceded: “As the White House juggles all of these issues, there was some more troubling numbers out. The latest Quinnipiac poll today puts Joe Biden's approval at just 33 percent. That is a new low for his presidency.”

In December, the three networks allowed a combined 75 seconds to Biden’s tanking poll numbers. (In January, they were also avoiding the historically bad numbers for Democrats ahead of the midterms.) On November 17, 2021, a Politico/Morning Consult poll found a shocking 48 percent of voters say Biden is not mentally fit to be president. The result? The networks ignored it.

Again, Biden is now, officially, historically unpopular and more unpopular than Trump. Back in 2017, the networks gleefully noted that polls found Trump “unfit to serve,” that people were embarrassed to have him as president.” Yet Biden’s numbers are equally horrific. On January 20, 2022, an AP/NORC poll found that just 28 percent of voters want Biden reelected.

It’s time. It’s time now for all the apocalyptic, nightmarish polling language journalists used to describe Trump’s unpopularity to be brought back and used on Biden. That is, of course, if journalists want to be honest. But that’s not very likely, is it?