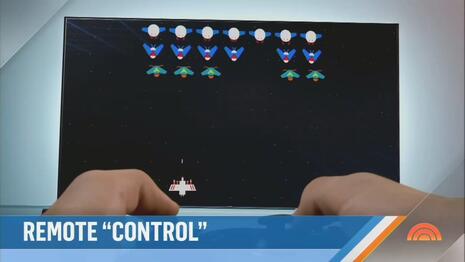 Using the brutal force of a communist dictatorship is, apparently, a pretty easy way to get things accomplished. It’s also something that CBS This Morning journalist Tony Dokoupil appears to be okay with. On Wednesday, the co-host cheered a new decree by communist China that bans minors under 18 from playing video games, except on weekends. NBC wondered if such a dictate “could it help your kids unplug?”

Using the Big Brother force of social media, tech crackdowns and government coercion, CBS co-host Vlad Duthiers explained: “China's government announced that kids under 18 can only play video games from 8:00 to 9:00 PM on Fridays, weekends, and on public holidays.”

Dokoupil marveled, “This is the whole government saying like, 'You cannot have video games on weekdays.' Amazing.” He praised, “What do they know that we don't?” In a surprise move, liberal co-host Gayle King played the role of heroic voice of reason: “It’s another reminder why it's good to live in the United States of America. Just saying.”

Dokoupil sarcastically huffed in reply: “The freedom to play video games until our eyes bleed every day of the week.” It’s not shocking that Dokoupil doesn’t seem to have a problem with communist China. In February of 2020, he used actual pies to demonstrate income inequality.

On the Today show, Tuesday, co-host Hoda Kotb introduced the Chinese crackdown on video games by wondering if it could work here: “One nation's strict new rule to break kids from their video game addiction. Could it help your kids unplug?”

However, to NBC’s credit, the answer was no. Founder of global non-profit Common Sense Media Jim Steyer rebuked, “That kind of mandate would not work here in the United States. Period, full stop.” Asked why China could get away with this, reporter Tom Costello replied, “This is a Big Brother society, right?”

Kotb agreed, “That's the ultimate Big Brother going on right there.” Unlike their colleagues at CBS, NBC journalists at least sometimes understand the difference between communism and freedom.

The Chinese propaganda on CBS was sponsored by Walgreens and Kia. Click on the links to let them know what you think.

TONY DOKOUPIL: Also interested in this very talkable move from the Chinese government.

VLAD DUTHIERS: Yes! We're going to talk about this. Here are a few stories we think you'll be talking about today. Starting in China today. China will order folks to spend —  to limit the time they spend playing video games online. China's government announced that kids under 18 can only play video games from 8:00 to 9:00 PM on Fridays, weekends, and on public holidays. That's about three hours a week for most of the year. The restriction is part of China's ongoing crackdown on tech companies. I mean —

GAYLE KING: I want to know how do they regulate that?

KING: They can keep track.

DUTHIERS: So they can keep track.

DOKOUPIL: I mean, think about the conversations we have in this country about someone telling your kid to wear a mask. This is the whole government saying like, you cannot have video games on weekdays. Amazing.

KING: And what’s their reasoning? Their reason is that it influences the kids in a negative way?

DUTHIERS: Yeah it means that people aren't going out, they're not interacting. All the things a parent would say today to a kid today obsessed with the games. “You need to get away from that screen. Your eyes are glued to the consoles. You need to get out, meet people, enjoy life.

DOKOUPIL: What do they know that we don't? Maybe —

DUTHIERS: Dude, I play way more than three hours of video games a week now. And I'm, like, half a century old. I wouldn't know what to do with this.

KING: It’s another reminder why it's good to live in the United States of America. Just saying.

DOKOUPIL: [Sarcastically.] The freedom to play video games until our eyes bleed every day of the week.

HODA KOTB: Remote control. One nation's strict new rule to break kids from their video game addiction. Could it help your kids unplug?

KOTB: What struck me was China, the government is actually banning it. So I was wondering, like, how are they going to ban it? Are they going knocking on doors?

TOM COSTELLO: Well, you know, this is a Big Brother society, right? What they are going to be doing is all these kids have to sign up. We believe that the national identity cards with their dates of birth are linked to their ability to go online and do gaming. Facial recognition likely will play a role here. So the government very much monitoring which each individual kid is doing. They know how old the kid is and they can shut down access based on your year of birth.

KOTB: That's the ultimate big brother going on right there.