Despite polling at an average of 1.2 percent in the polls, CBS This Morning on Tuesday treated Cory Booker’s departure from the 2020 Democratic field as a major event, devoting almost 8 minutes to the news. Perhaps this might have something to do with the fact that co-host Gayle King has been a supporter of the Democrat in the past.

She even admitted this at the start of the show’s long interview, saying, “Full disclosure, we've been friends for a very long time. I can't pretend like I don't know you.” Booker joked, “Which means you cannot use any of the information that could destroy my career.” Of course, there’s no danger of that as King and the other co-hosts offered softball after softball.

King sympathized, “But I think a lof your supporters, Cory, thought you would at least hold out and wait until Iowa. What was it that you saw, that you felt, that you realized that now is the time?” Again, Booker polled at 1, 2 and 0 in the last three national polls. (In Iowa, he averaged 3 percent.)

At a time when “we’re trying to be more united?”

Booker has appeared on the show in the past and King didn’t disclose her friendship and support for Booker. Here they are at the 2012 New York premiere of Friends With Benefits. (Screen shot taken from YouTube.) 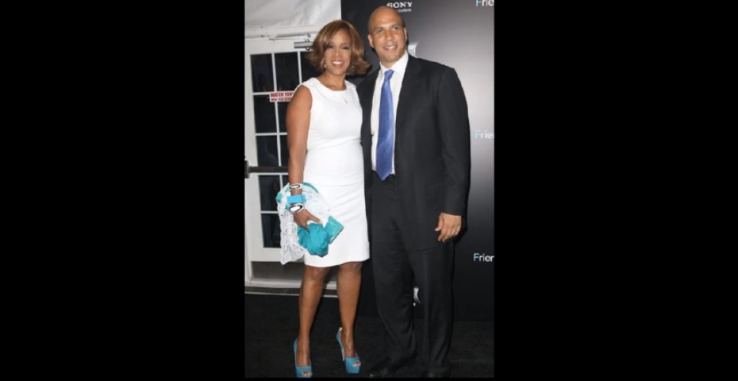 The Free Beacon’s David Rutz noted that in 2012, then-CBS host Charlie Rose (not yet disgraced for sexual misconduct)  quizzed Booker about his close relationship with King. King blurted, “It’s not hooking up, Charlie. No boinking has occurred.”

Regardless of the details of the relationship, King has a long history of supporting Democrats. According to Open Secrets, she’s donated to Barack Obama, the DNC, and Harold Ford Jr. While at CBS, she donated to Obama and attended his birthday party. Most recently, she vacationed with the Obamas.

A partial transcript of the segment's questions are below. Click "expand" to read more.

TONY DOKOUPIL: A quick programming note. Senator Cory Booker will join us here in Studio 57 to discuss why he suspended his campaign and who he thinks can carry out his vision.

ANTHONY MASON None of the candidates on the stage tonight will be people of color. There are now 12 people running for the Democratic nomination after Senator Cory Booker announced he is suspending his campaign. 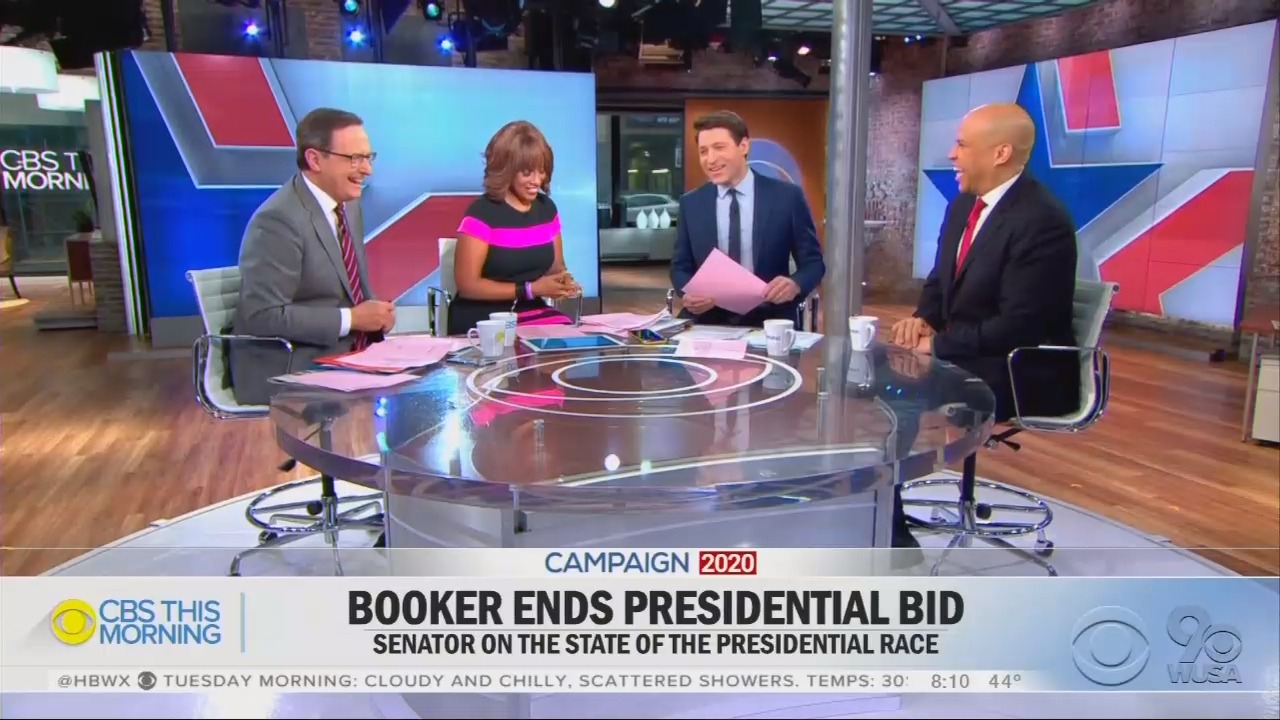 GAYLE KING: He did that yesterday. Cory Booker joins us at the table to discuss. I should be —  full disclosure, we've been friends for a very long time. I can't pretend like I don't know you.

CORY BOOKER: Which means you cannot use any of the information that could destroy my career —

KING: Oh, I make no promises about that, Senator. I think a lot of your supporters, Cory, I thought you would at least hold out and wait until Iowa. What was it that you saw, that you felt, that you realized that now is the time?

ANTHONY MASON: How hard a decision was it for you?

KING: You were saying love, hope, purpose, polarized. Maybe people don't want love and hope, purpose. Do you think about that?

DOKOUPIL: For Democrats to win back the White House, for your party to win, they have to put back the Obama coalition, put it back together. There are more than ten million voters who went to trump or didn't vote, 2012 to 2016. Who in the field do you think has the ability to gather that group back together?

BOOKER: It’s very important that we can inspire and ignite that whole coalition.

DOKOUPIL: I'm sure everyone agrees. Who can do that?

KING: You're not endorsing anybody --

MASON: Would you consider endorsing anybody before the convention?

KING: There’s that, the re-election campaign for your Senate race. What do you make of the controversy between Bernie Sanders and Elizabeth Warren at this particular time when we’re trying to be more united.

BOOKER: I know these folks.

MASON: Would you consider a candidacy as a vice president for the vice presidency? Have you had any conversations to that effect?

MASON: Would you consider —

MASON: The debates coming up. Some people are more interested than usual because of this rift between Warren and Sanders. Take us, as somebody who's been behind the scenes, take us there and talk about what kind of pacts are created between these candidates?

KING: How much do the debates matter?

KING: Oscars so white, but how about Democrats so white?

MASON: Are you concerned the debate stage is all white?

MASON: You want to eat some ice cream first?

KING: No bitterness? You worked so hard, you had so much support. I'm curious about how you're really feeling.

DOKOUPIL: It came down to money. It's got to bother you that the billionaires are still in the race.

KING: Something tells me we haven't seen the last of Senator Cory Booker.