Co-host John Dickerson described the legislation, which bans most abortions after six weeks, this way: “This morning, Georgia Governor Brian Kemp is expected to sign one of the most restrictive and controversial anti-abortion laws in the country.”  Reporter Mark Strassmann worried that the bill is “thrusting Georgia into the middle of America's controversy over abortion rights.”

Get it? Georgia's bill is controversial.

Strassmann on Tuesday warned of consequences from Hollywood: “The Walking Dead, Black Panther, and the Hunger Games series were all filmed here [in Georgia]. But more than 100 Hollywood stars promise to boycott the state if the bill becomes law.”

In contrast, CBS (as well as ABC and NBC) ignored New York’s radical roll back of any abortion restrictions earlier this year. As the MRC’s Bill D’Agostino explained in January:

It’s been a full week since the state of New York legalized late-term abortions, yet none of the major national TV networks has bothered to mention the story. This deafening silence is in stark contrast to the alarmist coverage seen when a state passes legislation that the media see as curtailing “abortion rights.”

If the media are looking for controversy, this legislation has more than enough for journalists to sink their teeth into. The new law has been widely condemned by prominent pro-life organizations, and it has even ignited a debate within the Catholic Church about excommunicating Andrew Cuomo, the state’s governor who signed the bill into law. New York-based Cardinal Timothy Dolan has called it a “ghoulish radical abortion-expansion law, which allows for an abortion right up to the moment of birth.”

But apparently the New York bill is the wrong kind of “controversial” legislation. 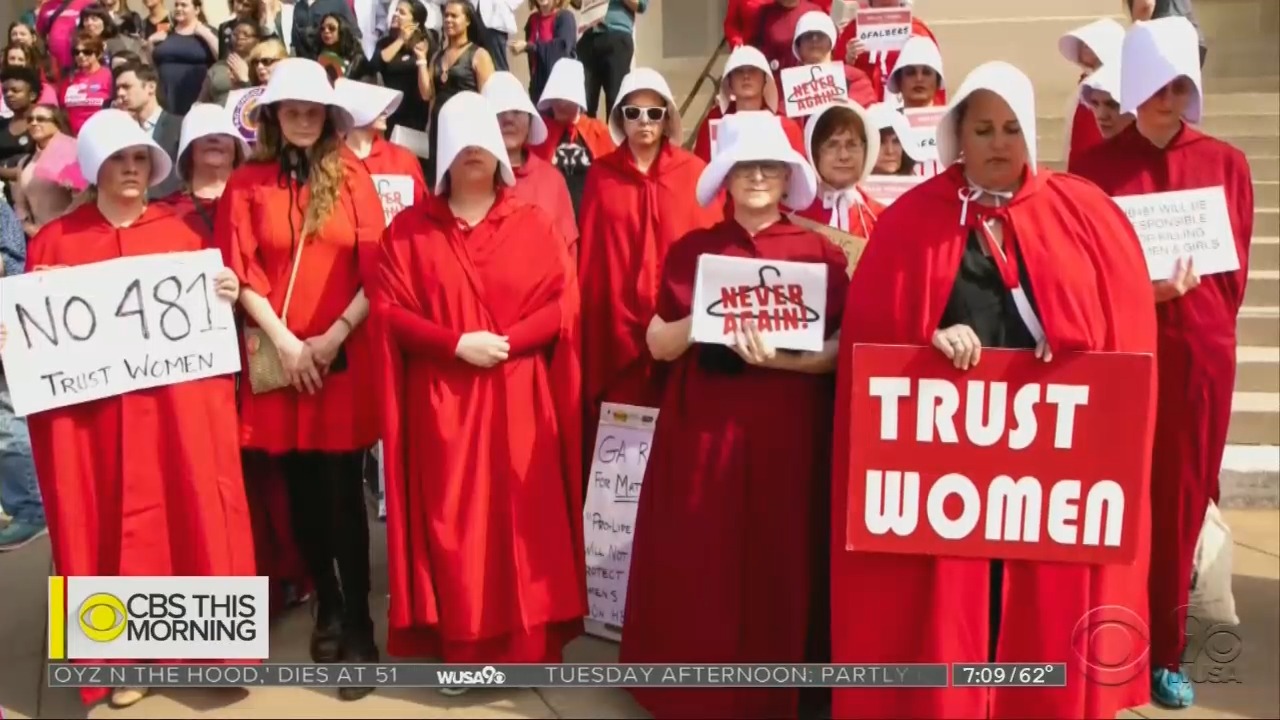 JOHN DICKERSON: This morning, Georgia Governor Brian Kemp is expected to sign one of the most restrictive and controversial anti-abortion laws in the country. The bill makes abortions illegal once a heartbeat is detected in the embryo. That can happen as early as five or six weeks after conception. Mark Strassman is in Atlanta with why the law could face a long legal challenge. Good morning. Mark, good morning.

MARK STRASSMANN: Good morning, this bill, also known as the Life Act is yet another state's challenge to the legal milestone of Roe v. Wade, 1973 decision that made abortion legal in this country. And once the governor here signs this bill, lawsuits from opponents are guaranteed.

ED SETZLER (Republican, GA state representative): We as the state can recognize the life interest of these helpless children. 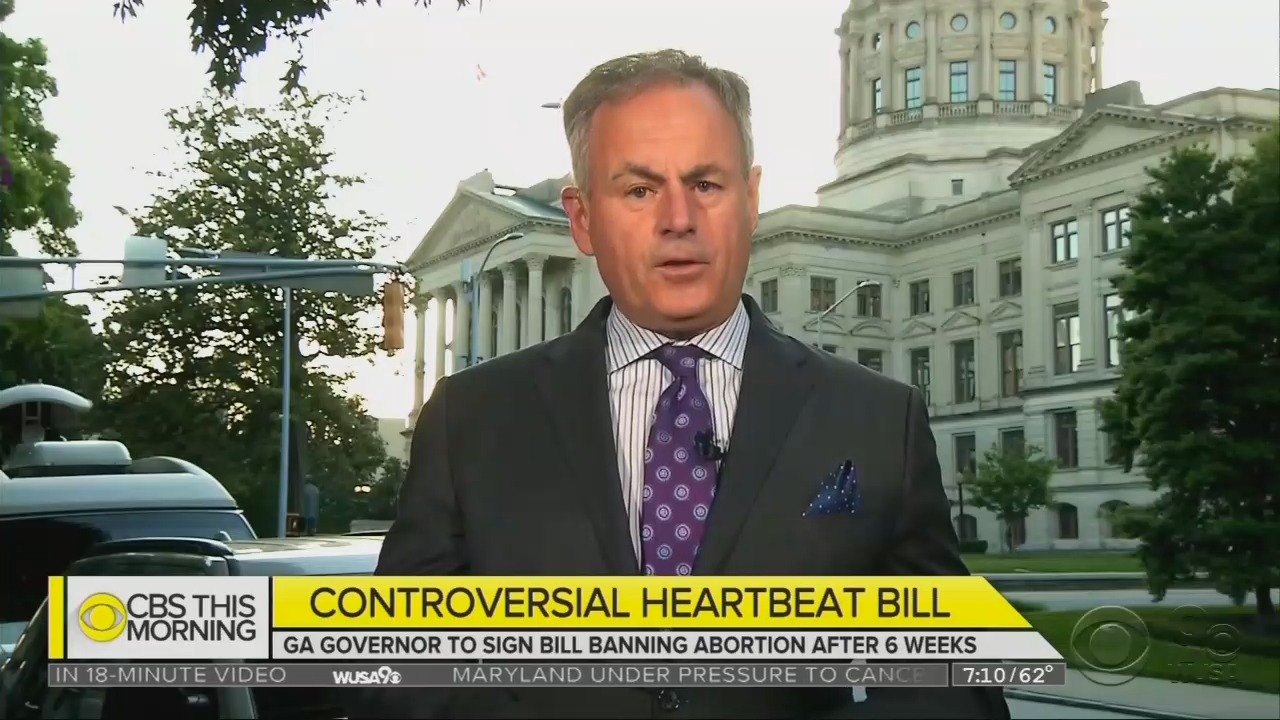 STRASSMANN: State Representative Ed Setzler is the main sponsor of the bill. That's thrusting Georgia into the middle of America's controversy over abortion rights.

SETZLER: The most defenseless person in our entire culture is the child in utero.

STRASSMANN: The Fetal Heartbeat Law would take effect next year and still allow abortions if the baby's life or the mother's was in danger or in cases of rape or incest.

JEN JORDAN (Democrat, Georgia state representative): But our current governor, who claimed to want to move Georgia forward is pushing this cruel, punitive, and regressive bill.

JORDAN: The clear intent of this is to make sure women have absolutely no access to being able to get an abortion.

STRASSMANN: Georgia will be the sixth state to enact legislation banning abortions after six weeks. Iowa and North Dakota laws were struck down at the state and federal levels. Similar bills enacted this year in Kentucky, Ohio, and Mississippi are all facing legal fights.

STRASSMANN: Jennifer Bennett worked in Georgia's massive TV and movie industry. The Walking Dead, Black Panther, and the Hunger Games series were all filmed here. But more than 100 Hollywood stars promise to boycott the state if the bill becomes law.

BENNETT: Women who rely on this to pay their mortgages, to support their families, to put food on the table, what am I supposed to do?

STRASSMANN: Georgia's governor says he expects lawsuits and is ready to fight for this bill. All of this has become a multi-state legal challenge and seems headed for the U.S. Supreme Court.