Appearing on CBS This Morning on Monday to tout his new book on Sandra Day O’Connor, author Evan Thomas hailed the former Supreme Court justice as a “conservative Republican” because she voted in favor of abortion and affirmative action.

Talking to co-host Norah O’Donnell, the former Newsweek editor hyped, “She preserved affirmative action and abortion for 25 years. That is no small thing. You know? Conservatives thought when she got on the Court, those things are gone. Those are the bête noire of the right wing.”

Speaking of her votes in favor of liberal policy beliefs, Thomas insisted, “It's not that she was a liberal activist at all. She was a conservative. She was a Republican conservative. But she understood the public mood.” 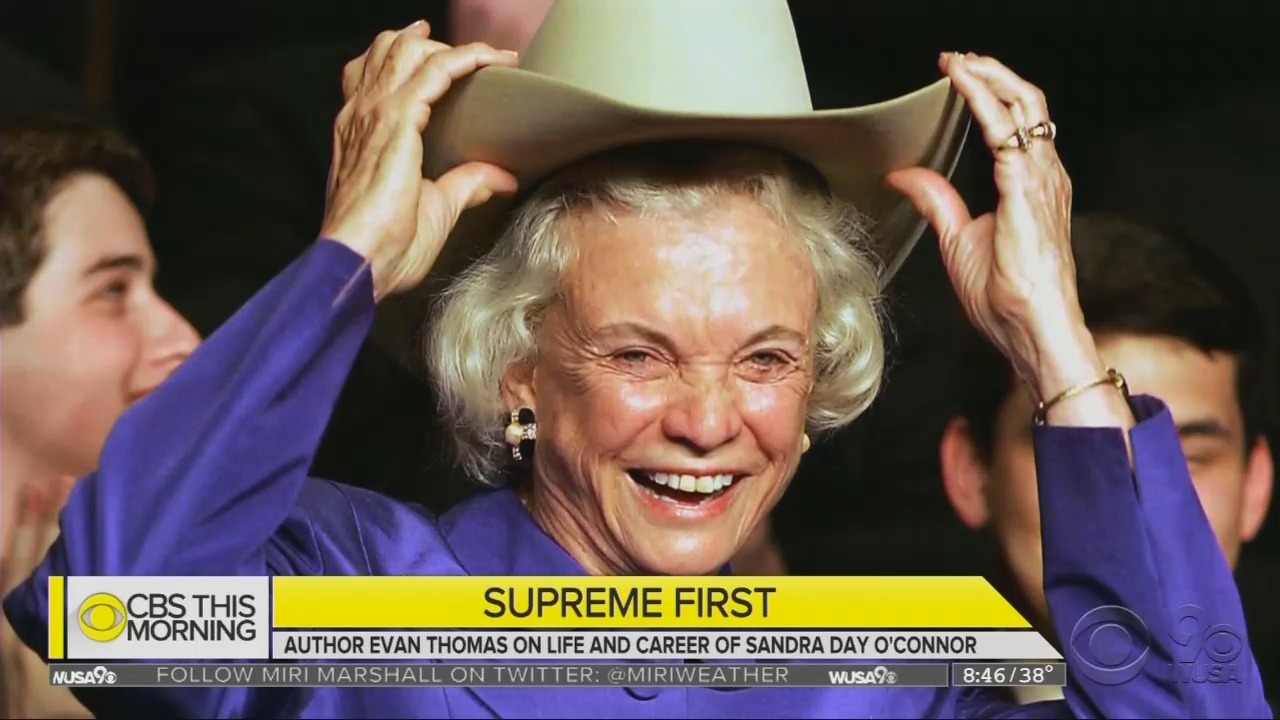 O’Connor, in reality, was a moderate justice on the Supreme Court. It’s hard to square praising her “Republican conservative” credentials when you are talking about efforts to save abortion and affirmative action.

A transcript of the CBS This Morning segment is below. Click on "expand" to read more.

NORAH O’DONNELL: Sandra day O'Connor made history when she became the first woman to serve  on the Supreme Court in 1981. Former President Ronald Reagan appointed her and the Senate confirmed her unanimously. During her nearly 25 years on the nation’s highest court, O’Connor was considered by many to be the most powerful women in America. Author Evan Thomas’s new book First: Sandra Day O'Connor gives what the New York Times calls a “fascinating and revelatory portrait of the justice, both on the bench and off.” Evan Thomas, good morning. 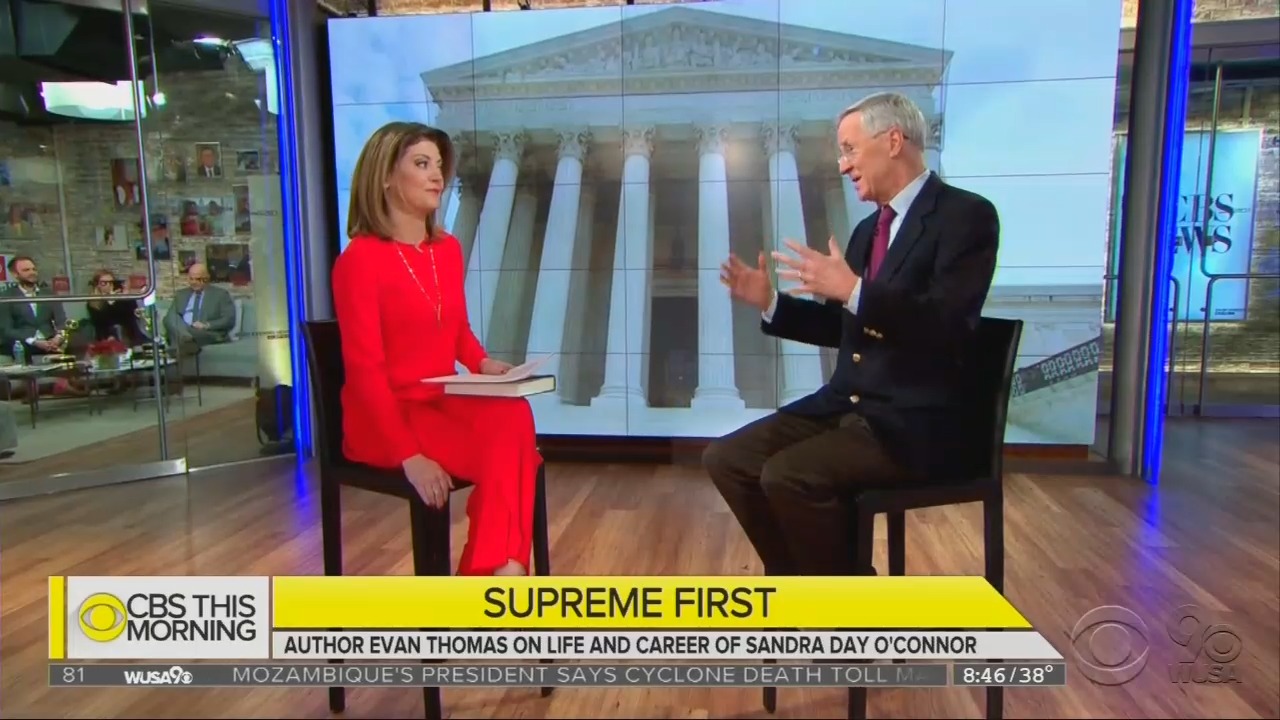 O’DONNELL: You had extraordinary access to the O’Connor family. You spoke to her son, seven justices, 94 of her 108 law clerks. What do you want us to know about Sandra Day O’Connor?

THOMAS: She looks like kind of a formidable middle age lady in those photos. She was actually lively and fun. She liked to dance. She liked dirty jokes. She had great, human intelligence. She was a great leader partly because she knew how to listen. Her body would get very still. She would really listen to you. But she also knew how to dish it out. I mean, this is a woman in a man's world. When she was coming up, she really was the first. Twelve years before Ruth Bader Ginsburg. She grew up on this ranch that was a man's world. She learned how to fire a rifle before she was 10 and drive a truck before she was 10. Very self-reliant, very tough. But very great, human intelligence. She knew how to deal with all others.

O’DONNELL: In reading your book though, I’m reminded is she the most consequential women in American history to date?

THOMAS: Well, she preserved affirmative action and abortion for 25 years. That is no small thing. You know? Conservatives thought when she got on the Court, those things are gone. Those are the bête noire of the right wing. And she preserved them, compromising. This is the key is, it's not that she was a liberal activist at all. She was a conservative. She was a Republican conservative. But she understood the public mood. And she found these compromises, these middle way to reflect, really, what America was thinking.

O’DONNELL: Of course, she graduated from Stanford along with Chief Justice Rehnquist who is years ordinary than her. Then she served on the court together for two decades. You discovered something about their relationship. We had known that they had sort of dated while in college, while in law school.

THOMAS: My wife Osce and I were going through her letters. And lo and behold there are 14 love letters from Bill Rehnquist who just finished being a law student. This is 1952, at Sandra Day, as she was then. And along about love letter number six, he said, “Sandy, will you marry me?” They had never even told their families about this. This is totally new. I think they didn't want to be embarrassed about it. It's a sweet story. Bill Rehnquist ended up marrying somebody he truly loved, and she married somebody she truly loved but they were an item.

O’DONNELL: What lessons did she learn from her mother, you point out in the book?

THOMAS: This is important. Her father was an enduring and powerful figure, a real cowboy, but he could be rough. He could be harsh. Her mom who was a very  elegant lady in this dusty ranch, always wore a dress, learned how not to be bullied by her father, but really how not to take the bait. When he came too strong to her, she had a way of rolling with it. This is so important with Justice O'Connor.